Home Forums English PvP Combat & Skills
Sign In
The Scribes of Fate DLC and Update 37 base game patch are now available to test on the PTS! You can read the latest patch notes here: https://forums.elderscrollsonline.com/en/categories/pts 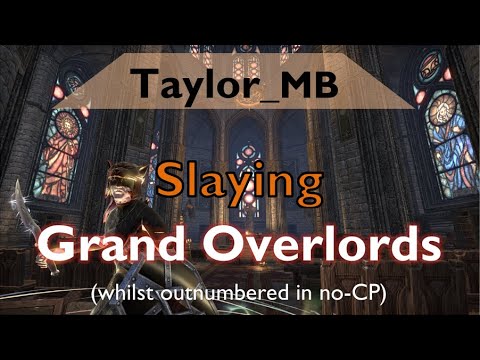 Magicka Templar feels really outdated as the "healing class".
• Burst Heal - Sorcerer and Dragonknight both have better
• Heal Over Time - EVERY class has better heal over time options (many of them actually work as offensive heals, which sweeps really doesn't) (in my opinion)

However MagPlar still has so many unique skills in its toolkit (RIP Nightblade, everyone has Fear now) that it still feels amazing to play.
Defensive
Honor the Dead may be underpowered, but it has incredible in built sustain which allows for long periods of defensive plays that would grind other classes out of resources. Paired with resource return from Channeled Focus and liberal use of Mist Form, repositioning and kiting is very accessible. I crutch very hard on Extended Ritual, why heal damage when you can just stop it from happening?

Offensive
Burst damage from Purifying Light is both unique in its mechanics and incredibly effective at layering damage without relying on Proc Sets. Although the damage from Radiant Oppression is definitely less then (most) other executes, the utility of it being ranged and undodge-able has scored me many kills without needing to waste a GCD on a gap closer. Reflective Light providing Major Prophecy on cast is absolutely phenomenal, an extra 10% Critical Chance on a skill that most would use for the damage alone. Puncturing Sweeps... it's alright. 25% less damage to pretty much every stamina user, the heal is useless unless fighting against NPC's, but the AoE component makes it almost too effective against Nightblades (although we'll judge that if they ever fix Cloak).


One thing I can't sort out, what Monster Helm to wear???
Puncturing Sweeps no longer proc Skoria (may be old news to most, but came as a shock to me). Grothdarr has many wasted procs, already with an uptime of 50% the actual time it's doing damage is way less again. I even tried using Selene's (if Puncturing Sweeps doesn't count as a DoT for Skoira then surely it is direct damage?), but it's either not counted as melee or not counted as direct. Molag Kena is good... but getting the opportunity to do 2x light attacks is incredibly rare. I've now settled for miss matched head/shoulder, but it feels like a massive wasted opportunity, anyone have any suggestions?