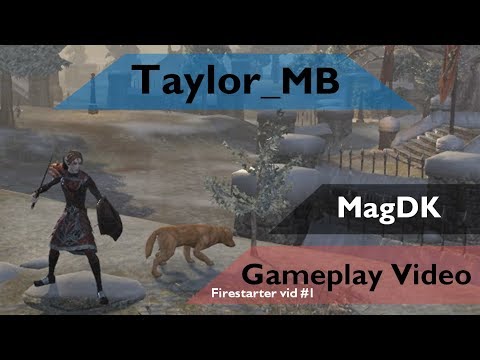 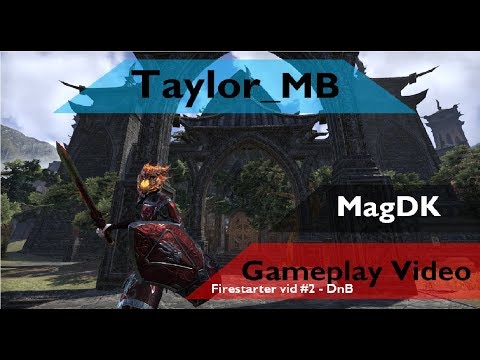 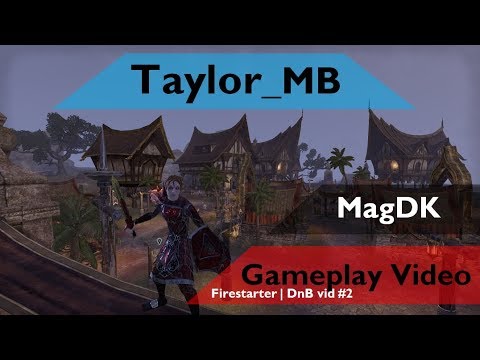 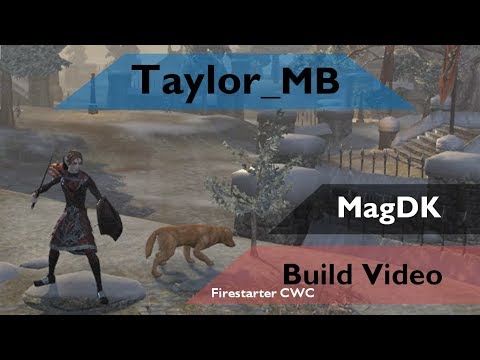 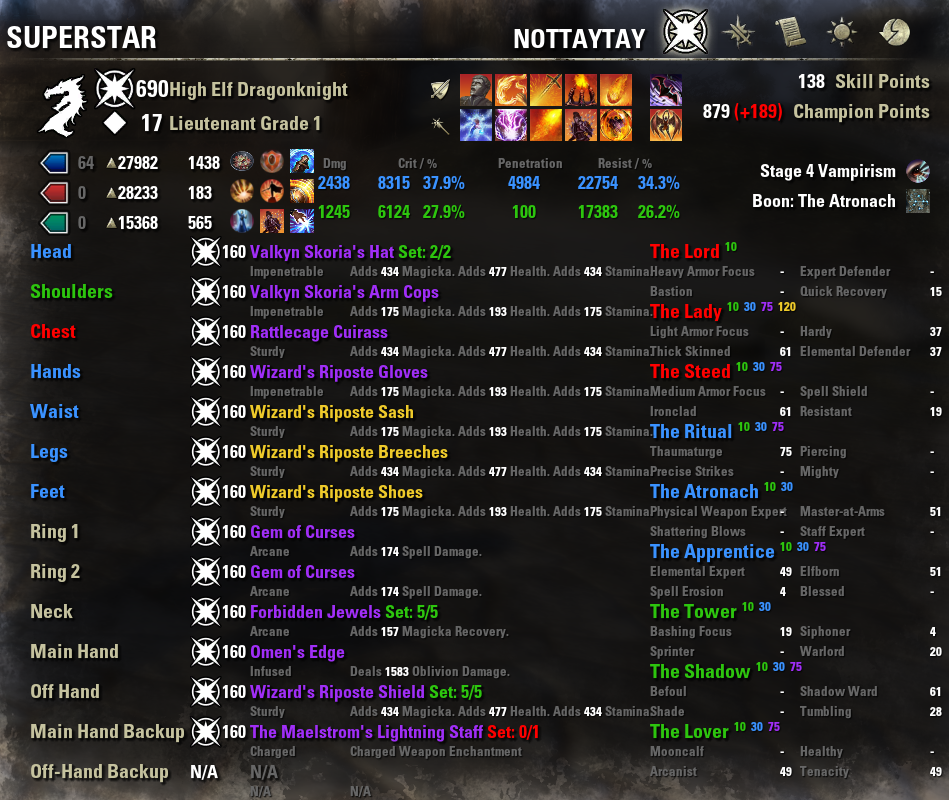 Class Discussion
(focusing on what strengths I chose to build around)

Offensive Healing
Offensive heals are by far one of the strongest types of abilities in the game, and this build takes full advantage of them. 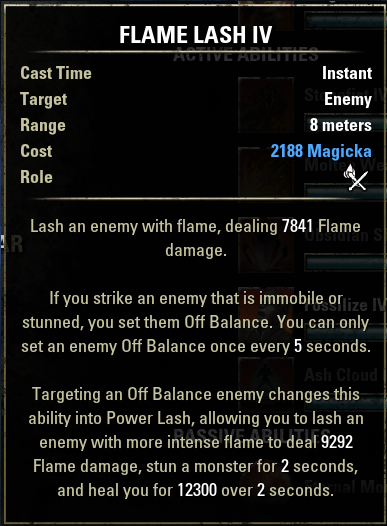 All of the above culminates in a very high minor vulnerability and off-balance uptime which means almost constant bonus damage and healing from Flame Lash, greatly increasing the offensive pressure and survivability of the build. 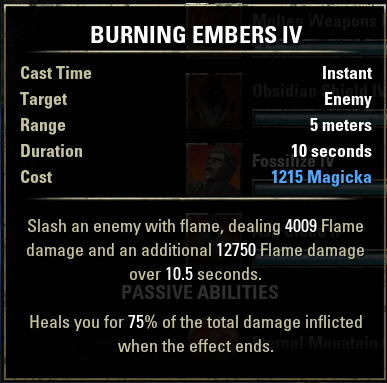 Can stack on infinite opponents providing an amazing burst heal when expired, reapplied or purged. Heals for percentage of damage done, so heal is diminished if removed early or target is a mist form junky.

Devouring Swarm (not a class skill) 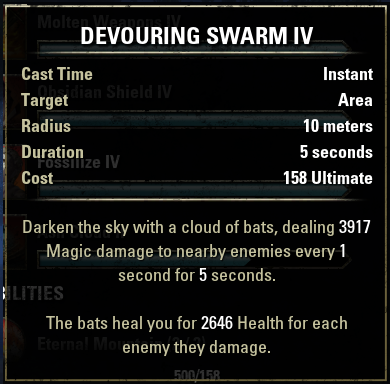 Decent AoE damage to pressure all those around you whilst keeping you alive in a zerg for its duration.


Damage Over Time Skills
Magicka Dragonknights have a solid array of class based DoT's with easy access to Reach and Entropy if the build requires. As such Valkyn Skoria works amazingly to proc from the DoT's and to add burst damage. 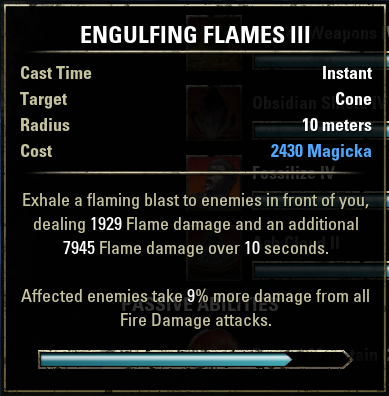 Increases targets damage taken from flame abilities (which any MagDK build would be using a significant amount of) and it's an AoE DoT that sticks to the players, so kiting won't help them avoid the damage. Proc's Warmth passive snaring enemies by 30%, keeping them within your reach. Can be tricky to use if you play with high ping. 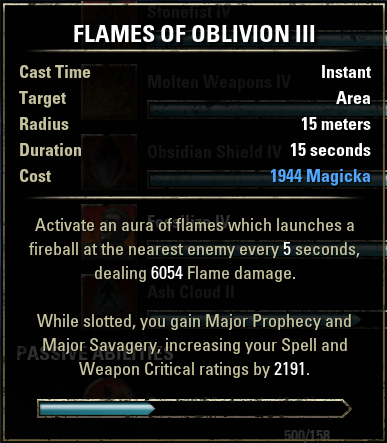 Passively grants Major Prophecy, so always benefiting you even if you don't get a chance to activate. Unique burst style DoT only ticking every 5 seconds, useful to line your other burst up with. Proc's Warmth passive snaring enemies by 30%, keeping them within your reach. 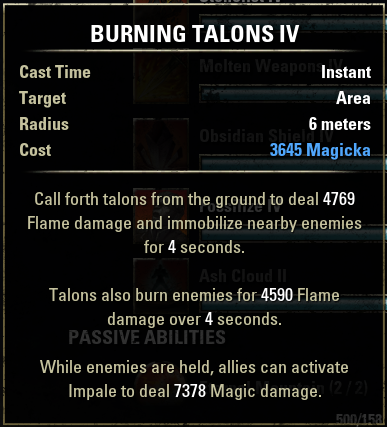 Soft CC for when target(s) have immunity, use to proc Power Lash, decent damage. 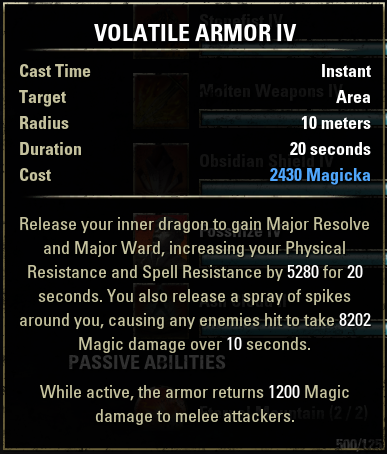 Burning Embers
as above


Utility Skills
Only using 2 pure utility skills on this build, but they both serve very important survivability functions. 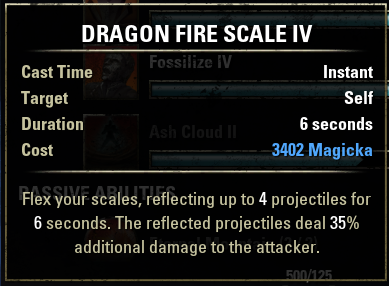 Getting hit by someone outside your range whilst already engaged in melee combat? Just wing it! Stun your opponent, pop wings, wait as long as you can to reflect the greatest amount of projectiles, then use Ferocious Leap! 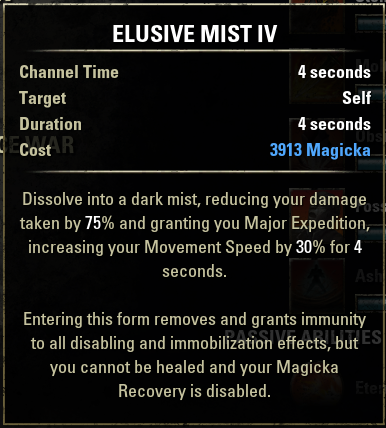 This is your only repositioning tool as a MagDK. With 75% damage reduction and major expedition it does its job effectively, but especially when playing in no-CP you have to be mindful of the halted magicka regeneration, line of sight quickly.

Summary
I've achieved the most success through building around high off-balance uptime and utilising a large array of DoT abilities. To accomplish this I chose Rattlecage to free up a skill slot and Wizard's Riposte to remain tanky whilst getting the important cost reduction of light armour to offset the prohibitively high cost of DK's skills. Valkyn Skoria was chosen for its effectiveness with many DoT abilities. This build does sacrifice raw stats for utility and flexibility.