Home Forums English General ESO Discussion
Sign In
The High Isle Chapter and Update 34 base game patch are now available to test on the PTS! Play a hand of Tales of Tribute, explore the new High Isle areas, dive into the new Trial, and more. Read the full patch notes here: https://forums.elderscrollsonline.com/en/categories/pts
Maintenance for the week of May 16:
• [COMPLETE] ESO Website for maintenance – May 19, 2:30PM EDT (18:30 UTC) - 6:30PM EDT (22:30 UTC)

Gidorick
✭✭✭✭✭
✭✭✭✭✭
The idea of beast merchants isn't anything new to the Elder Scrolls. Morrowind has both the Mudcrab Merchant and the Creeper. The Crown Store could sell items that would allow players to summon these beast merchants while out and about.

Each item should be a one time use consumable item that should be sold through the Crown Store and obtainable once through in-game questing. The player could even be required to complete the quests before they can buy the Summoning Items from the Crown Store.

Mudbrab Merchant Bait: One time use. Players pull out some crumbs, scatter them on the ground and the Mudcrab crawls out of the ground, ready to buy, sell, or repair! Creeper Effigy: One time use. Players pull out a little scamp effigy and burn it. The Creeper merchant appears out of thin air through a puff of smoke, ready to buy or launder your stolen items. Goblin Banker Coin: One time use. Players pull out a coin purse, retrieves one gold coin and toss it into the air in front of them. A well dressed Goblin (well, for a goblin anyway) riding a Bristleback trots up. Behind the Goblin, on the back of the boar, is a lockbox while various bags and satchels hang down its side. The Goblin is there for you to access your personal bank only. 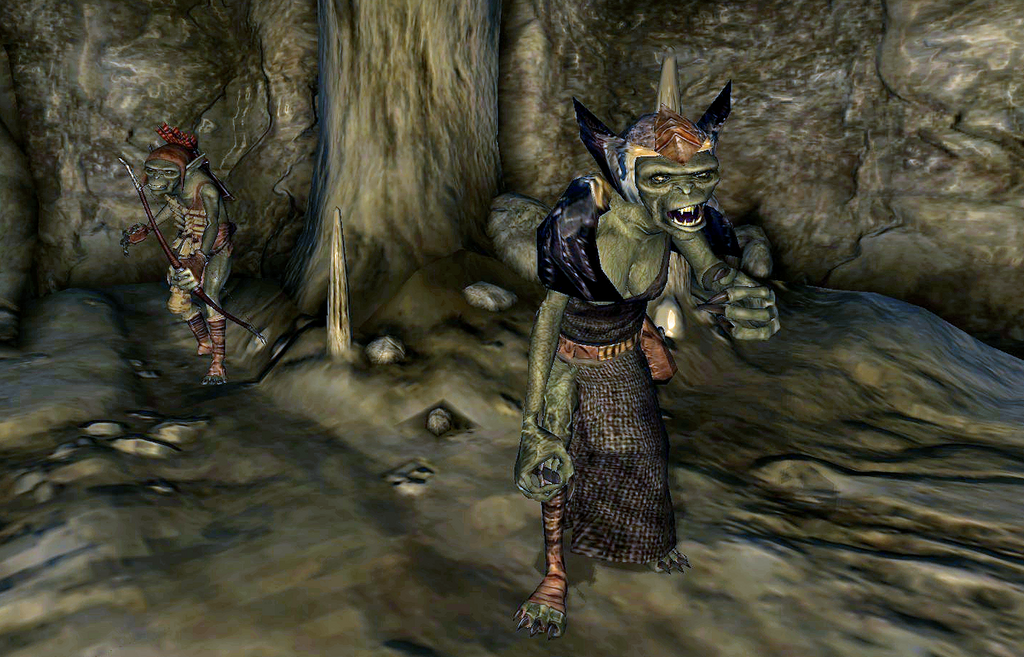 NOTE: I find it funny that when I was looking for "Goblin Banker" images I discovered there are goblin bankers in WoW. I don't think this means ESO can't have a goblin banker also.

These would be very useful items that many players would be grateful to be able to have with them.
Edited by Gidorick on January 19, 2016 10:19PM
What ESO really needs is an Auction Horse.
That's right... Horse.
Click HERE to discuss.