Home Forums General ESO Discussion
Sign In · Register
We are currently investigating issues some players are having logging into the North American and European Xbox One megaservers. We will update as new information becomes available.

Gidorick
✭✭✭✭✭
✭✭✭✭✭
One of the most egregious oversights of ESO, and even TES as a whole, is the shallow presentation of its beast races. Similar to the Khajiit, the Argonian race has a more complex physiology than any TES game has ever provided.

I have a rather extensive Khajiit-centric update suggested here:
http://forums.elderscrollsonline.com/discussion/141710/suggestions-for-an-eventual-khajiit-centric-update/p1

Unlike the Khajiit, however, the Argonians seem to have had a better cultural representation in comparison. To further expand on the Argonians within ESO there should be an Argonian-centric release. That not only expands on the physiology of the Argonians but also their culture. This could accompany the release of a region of Black Marsh and have many of the same race-specific updates that I suggested in the Khajiit update, only for Argonians.

Before we begin, it’s important to understand that the Argonian race is divided into tribes and the sub-species are divided between those tribes, the variations suggested below is based on the capabilities of past TES games more than lore since all playable Argonians seem to be from one specific tribe, which is assumed to be the Archeins. 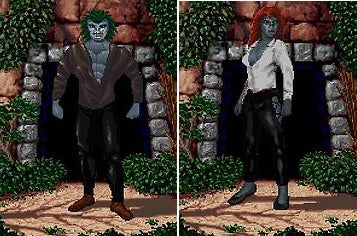 The digitigrade legs could be added via a selector switch that should be available for both Khajiit and Argonian. This switch could change the lower-leg type from plantigrade to digitigrade. Argonians with digitigrade legs should have a faster on-land speed than those with plantigrade feet but they shouldn’t be able to wear shoes.

The addition of hair could be accomplished with additional hairstyles offered during character creation. No additional systems need to be created. The “hair” of an Argonian should resemble tendrils and be MUCH thicker than hair. (Think the dread-locks of the predator). Multiple tendril styles could be available from short spiky ones to long flowing ones. Different variations could be added for male and female tendril hair. A greater variation for the tail length could be added which would allow players to have short stubby tails, or even no tail at all.

Lastly, the sliders for the Argonian facial features that are currently in ESO are wonderful, but they would benefit from a wider range of variation. Allowing players to produce an Argonian without a snout would go a long way in allowing the type of diversity in Argonians that would make the race a more compelling choice. 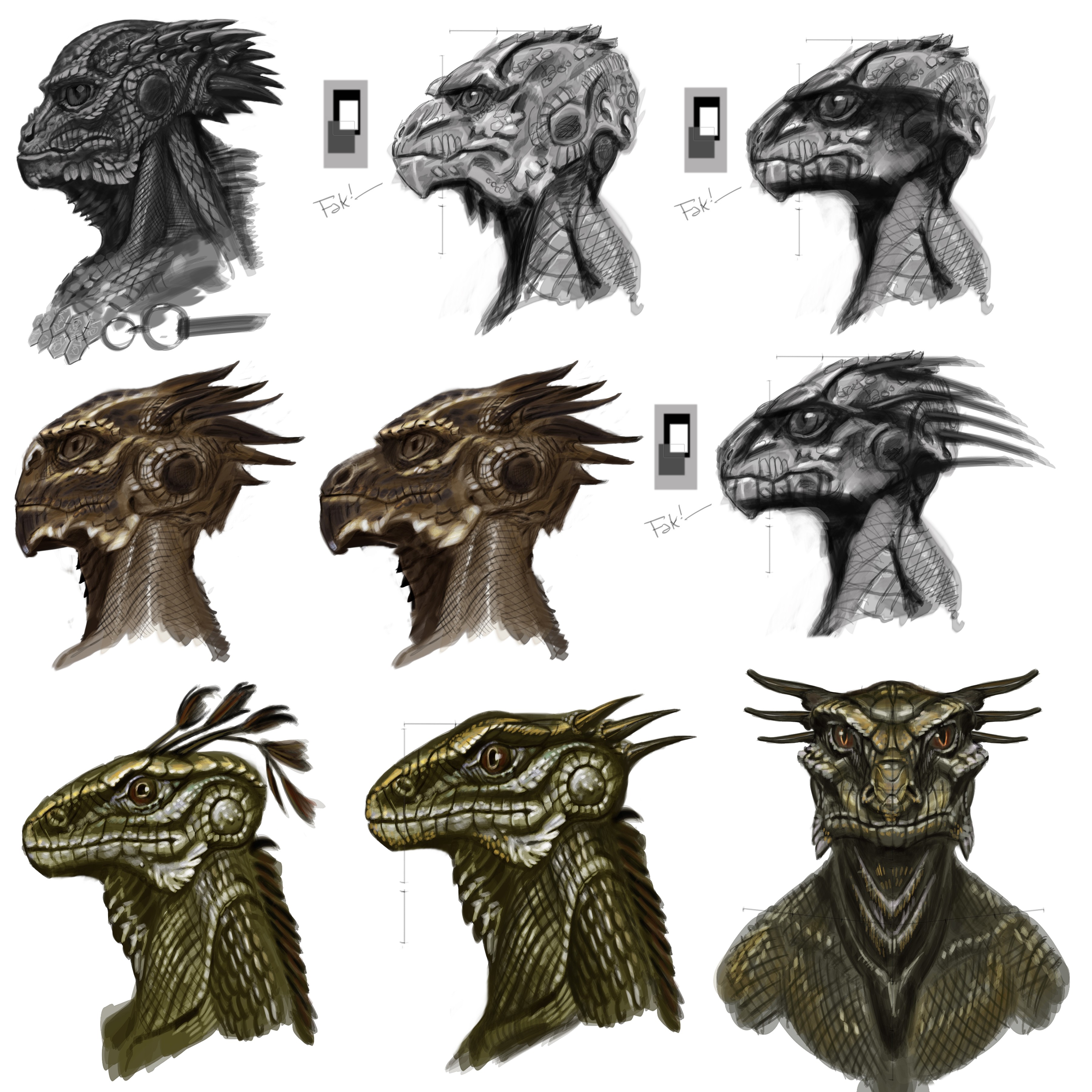 With these few options, players would be able to make an Argonian that resembles those that can be found in Arena, Morrowind, or any other TES game.

Rootworm: This lore-friendly worm mount could be added, but maybe it should be an Argonian-only mount. I couldn’t see an Altimer crawling inside a worm to go from place to place but… it’s not unheard of. The Rootworm could emerge from the ground and the player would slide inside. As the player moves, the worm lurches forward, if the player “runs” while mounted, the Rootworm could dive into the ground with a disturbance on the ground showing where the player currently is. Since The Rootworm is translucent, players should be able to see themselves inside the worm if they aren’t running. When the player dismounts they should be spat out of the rootworm, no matter if they are underground or not. (If/When first person mount riding is added, the first person view should pull out to third person if the player runs while mounting a Rootworm…. It wouldn’t make much sense for the player to be in first person while underground.)

Wamasu: This ESO creature could easily be seen as a mount for Argonians. These large reptilian beasts could be “broken” with armor that dampens the electrical charge on their back, which would allow them to have a rider.

Hist Turtle: This would be a small turtle that has been influenced by the Hist and carries the sentient tree on its back. It’s believed that the Hist tree communicates with the turtle and they share a consciousness and together… they follow you around. Unlike the turtles we know, Tamriel turtles are quite fast (I think this would be the first turtle in Tamriel!) Lizard: Same as all the lizards that can be found throughout Tamriel, this one just follows the player around.

Toad: A large toad that hops after the player. Simple enough!

The ONLY Argonian tribe that should be playable is the Archeins tribe, which all playable Argonians likely belong to. The rest of the tribes should be added as different areas of Black Marsh are added to ESO. The reason they should only be NPCs is because most of the other tribes are very xenophobic and do not like those that are not of their tribe. The below NPCs concepts use the Instigation concept I submitted here:http://forums.elderscrollsonline.com/discussion/146367/instigation-concept-for-justice-system-and-pvp

Paatru: These Argonians are more Toad-Like and will snub anyone that is not Argonian. Players that are not Argonian should able to easily instigate any non-quest giving NPC. Argonian players should have a hard time instigating these NPCs.

Sarpa: This tribe has been described as being “winged”, VERY Xenophobic. Every player should be able to easily instigate the Sarpa.

Nagas: This Argonian tribe is going to be added with the Murkmire adventure zone. IF Nagas age the cat-fish looking NPCs, all players should have a very hard time instigating them. If they are the large Argonian Behemoths they are more of an enemy than an NPC.

You can read more about the Naga and the Argonian Behemoth in my post here:
http://forums.elderscrollsonline.com/discussion/141609/the-upcoming-naga-race/p1

Additional Thoughts:
Edited by Gidorick on February 8, 2016 11:57AM
What ESO really needs is an Auction Horse.
That's right... Horse.
Click HERE to discuss.