Australia to PC NA ping up by 100 over the last 3 or so weeks. Tracert included.

Icy
✭✭✭✭
I had a fast connection installed and my ping dropped to 290, which is the best it's ever been, but in the last 3 weeks or so ping has been back up consistently to 390+ All Australian and NZ players I've talked to report the same issue.

Tracert posted below AND IVE FOUND SOMETHING INTERESTING. All IPS owned by Akamai unless stated.

Route starts in Sydney (via ISP Internode), then Hong Kong, then

NOTE THAT IT GOES FROM CAMBRIDGE US TO CAMBRIDGE UK. Did someone at Akamai just type in Cambridge and forget to specify the country? Does anyone else see this when they run a trace route?

I hope this helps narrow down the unexpectedly high ping from Oceania so that we can return to normal. Thank you. 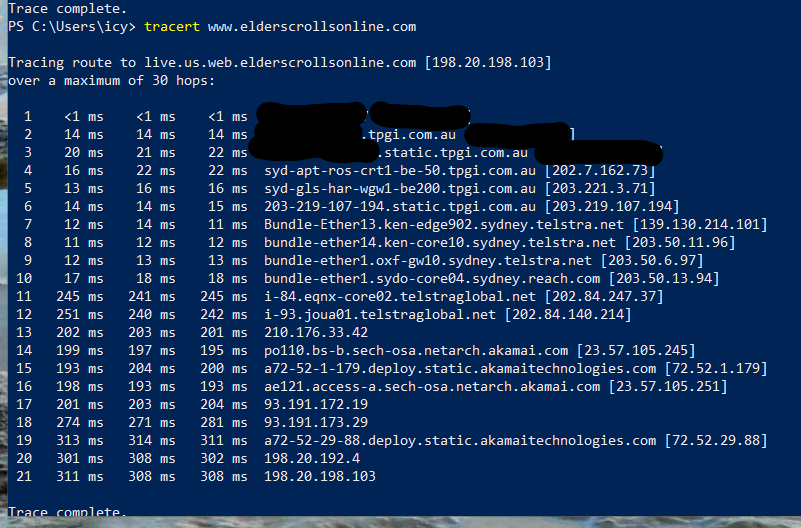 Included below link to someone else's forum post showing a more direct tracert route from a few months ago.