Witchmother wants essence of death, pumpkin and guts... but

Jayman1000
✭✭✭✭✭
✭
I got 54 pumpkins 256 guts and 0 essence of death in my inventory. But the objects for "pumpkin" and "guts" are not being completed... I don't seem to have any Essence of Death but that objective is completed (though maybe I just have to "smell" of death and since I killed bosses in delves that might give me that particular "essence" or something). Anyways, what type of pumpkin and guts does the quest want? It clearly isn't the usual pumpkin and gut type... so what am I doing wrong? 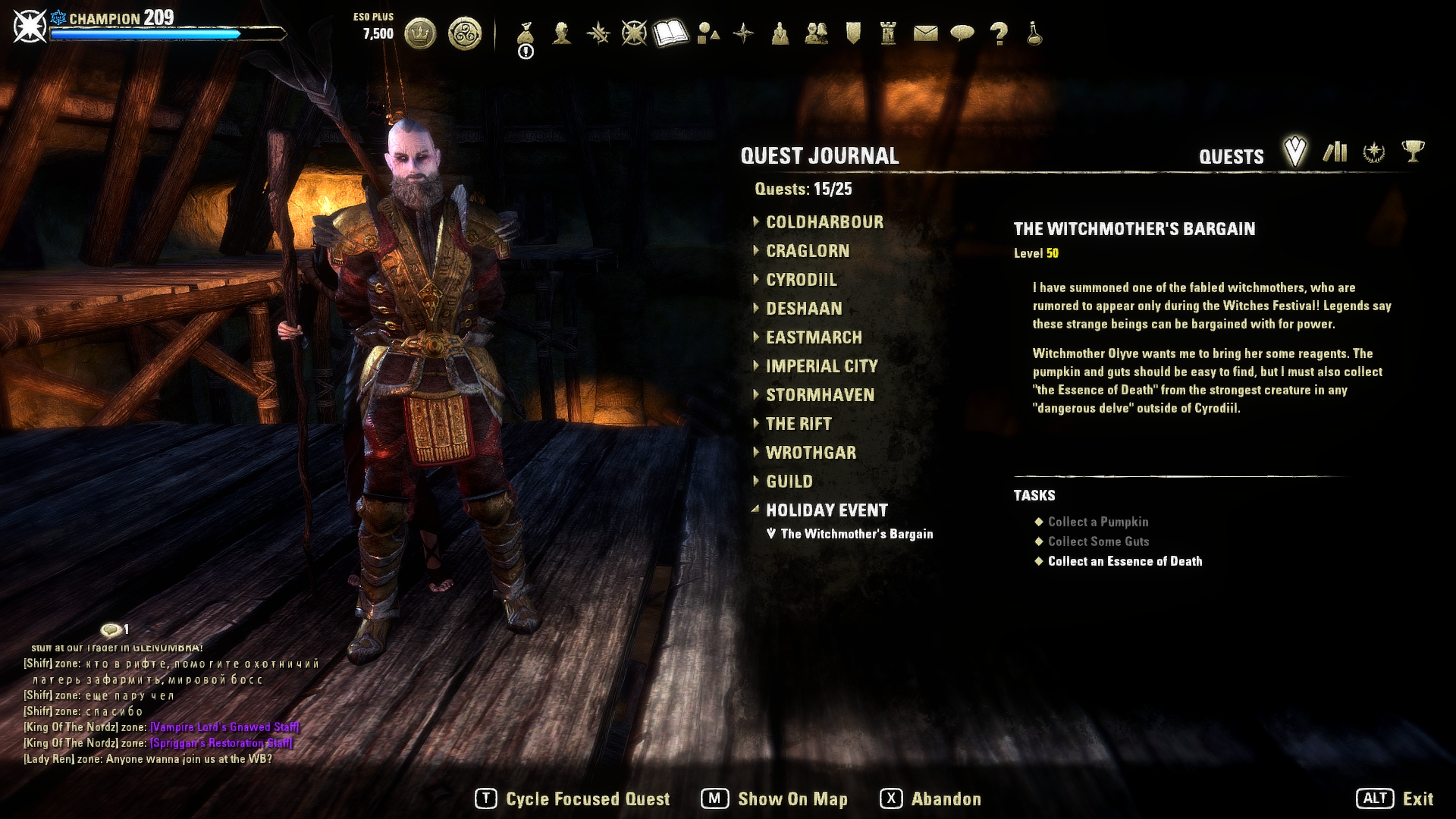