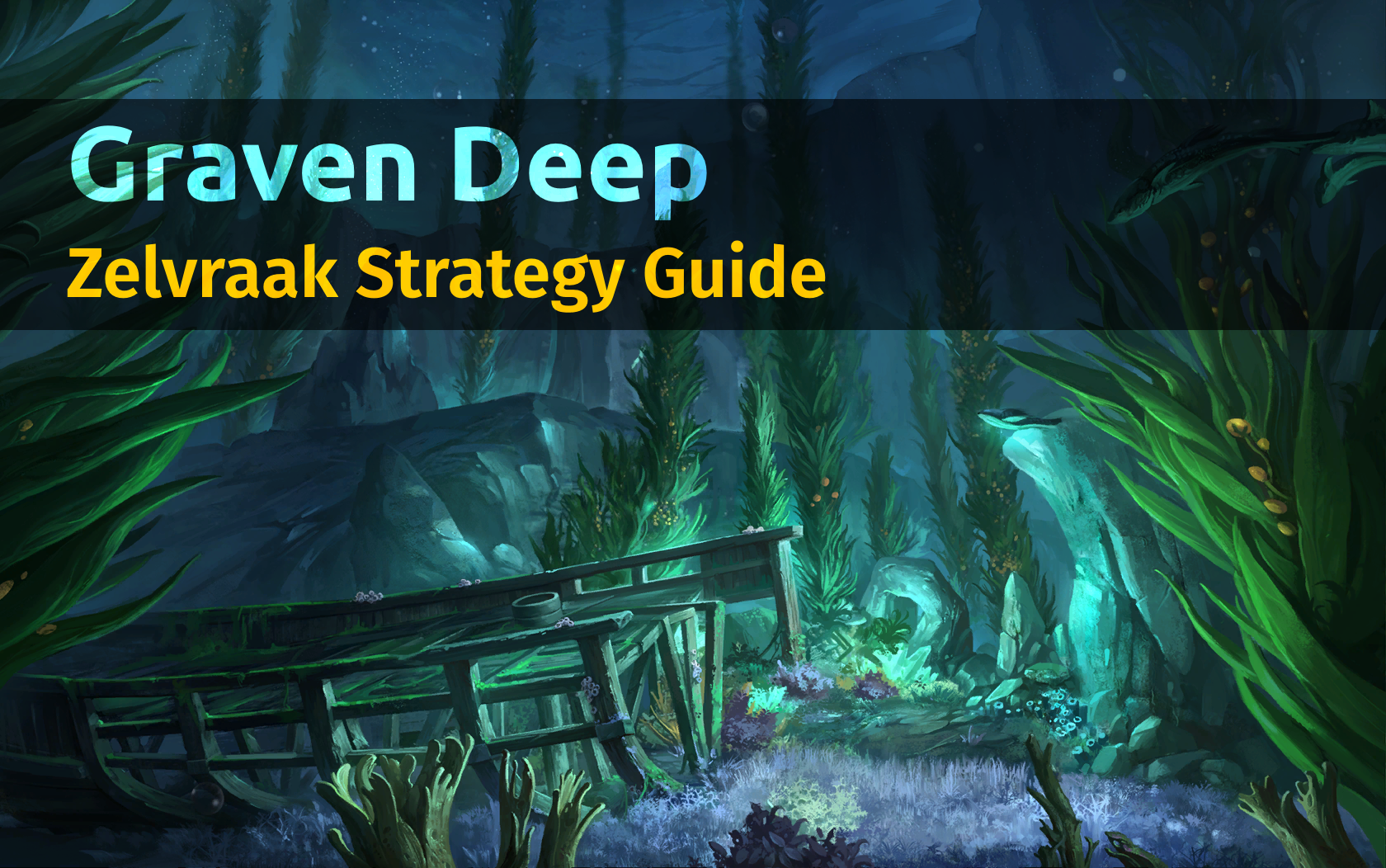 The final boss of Graven Deep has a lot of moving parts, and it is easy for groups to become overwhelmed by everything that is happening. However, with the right strategies, the challenges can be tamed, and the fight made easy.

I will be using the following diagram throughout this guide: 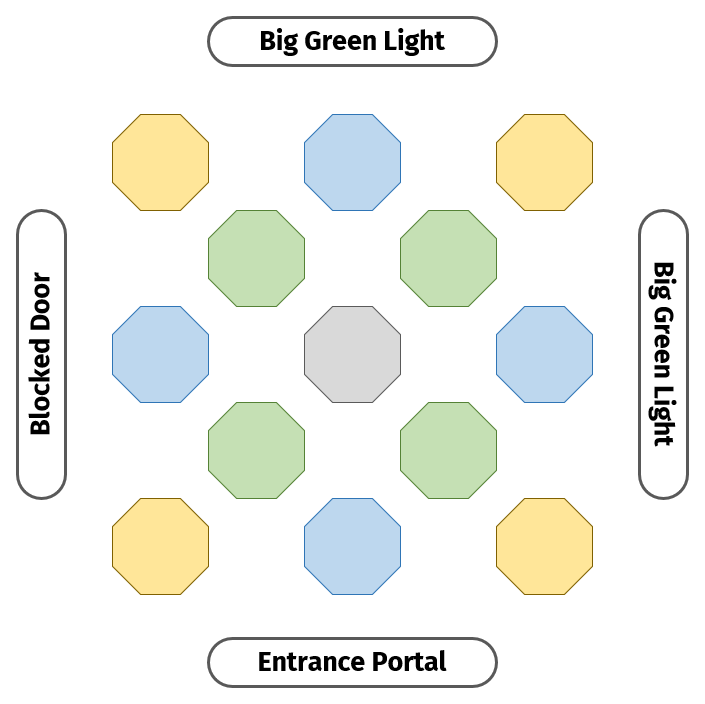 This brings us to the first and most important piece of strategy: The tank should stack the cones together along a single corridor. This eliminates the additional area of denial created by the copies of the cones, creating a much cleaner and predictable playing field for everyone else. The downside to this approach, though, is that the tank cannot survive multiple stacked cones by blocking, so the tank must dodge every time the cone is cast. Dodge backwards, rather than to the side, to prevent the cone from swinging to the side and to keep it aligned with existing cones.

The second important piece of strategy is that the tank should point the cone in a cardinal direction. I personally prefer the entrance, and all of the diagrams in this guide will assume a tank that points the cones towards the entrance, but any cardinal direction should work, as the room is symmetric. The reason is that the pads for the sundered souls are located at the intercardinal (ordinal, or 45-degree) directions, so it is important to keep those areas free of cones. Do not orient the cones in an intercardinal direction.

Finally, the tank should try to hold the boss near the middle of the room. This makes it easier for everyone else to handle the orbs and soul split mechanics. If the boss needs to be moved out of a healing AoE from the absorbed Templar, Warden, or Nightblade class abilities, move the boss along the corridor. This would result in the boss moving away from the middle of the room, so the tank should try to move the boss back to the middle of the room after the AoE disappears and when an opportunity to do so safely arises (usually shortly after a cone, to eliminate the risk of having a cone facing towards the group when trying to reposition the boss). (Note: the boss position always resets back to the middle for the 50% Afterlife mechanic.)

Stack the cones along the corridor marked in red here: 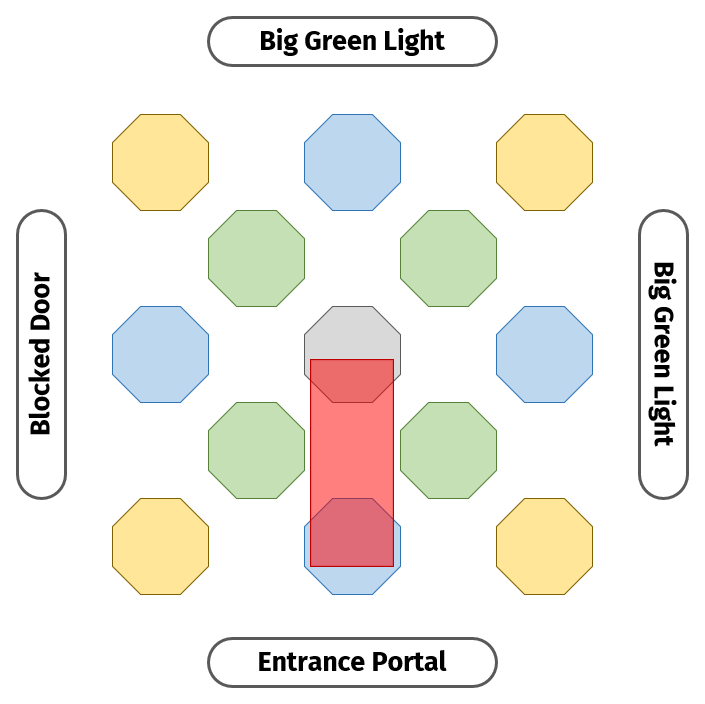 Sea Orbs should be assigned and ideally should be handled by the supports. This significantly simplifies the fight. The tank should be able get the orb that's directly behind them. It's highly recommended that the tank slot a ranged direct-damage ability, so that the tank can block-cast their orb hits (the Undaunted ranged taunt is perfect for this, since it's available to every class and can be placed on the front bar, though some classes may have suitable class-specific alternatives in their toolkit).

Orb assignments during the normal phase of the fight: 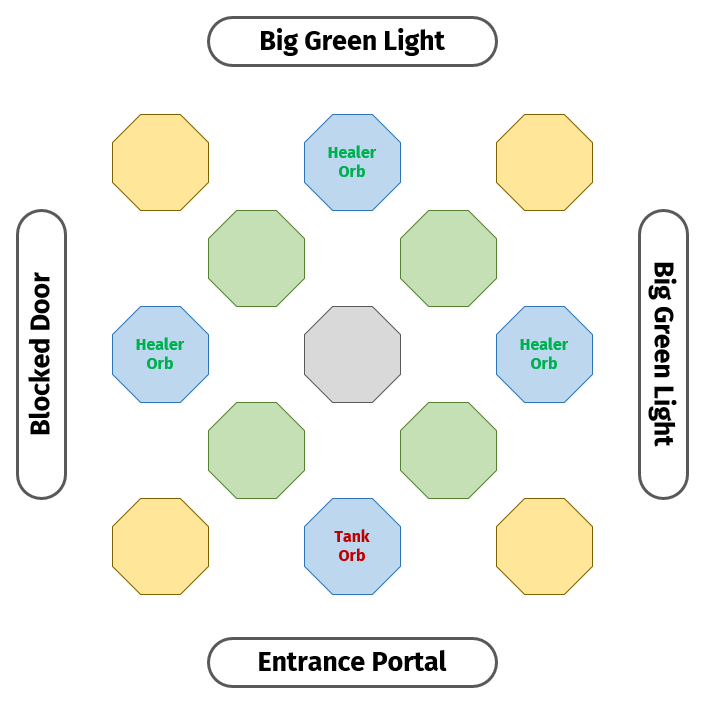 The barrage channel lasts for just 1.6s, which means that it is not practical for a player to interrupt more than one copy. There is simply not enough time to react, bash one interrupt, re-target, and then cast a ranged interrupt all in a tiny window that is smaller than 2 GCDs. This means that an interrupt-every-copy strategy requires that all four players be assigned their own individual interrupt target.

The tank will stand in melee range of one copy to bash-interrupt it, and from that position, they should be able to easily hit the two adjacent sea orbs from range. The healer should do the same on the pad opposite the tank's: stand in melee bash range of their interrupt target, and hit the adjacent sea orbs from that position. I.e., the supports should be able to bash-interrupt two copies and handle all four sea orbs without having to move around.

The two damage dealers should each go to one of the other two pads and kill the copy on that pad while interrupting it. Once their assigned copy is done, they are free to move around and kill the other copies.

Note: This strategy works best when everyone is alive. If there are people dead, it may be necessary to dodge the barrages instead. Also, there is no need for Crushing Shock or any sort of ranged interrupt on this fight: the window to interrupt is just too short for ranged interrupts to be very useful. Finally, the copies do not respond to taunt, so there is no reason for the tank to taunt all four copies.

Positions and orb assignments during the split phase of the fight: 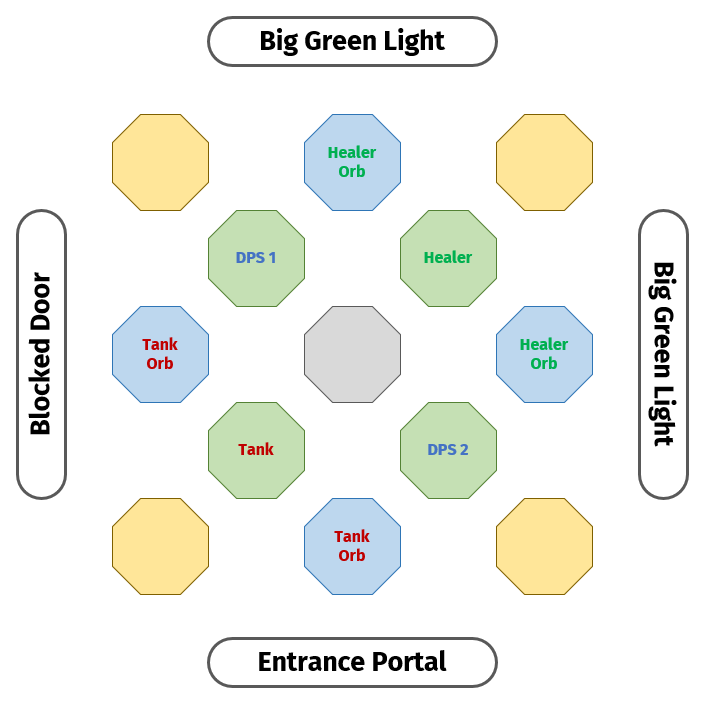 Soul split and boss split mechanics overlap: For the first boss split phase at 75% boss health, it's important to make sure that this does not coincide with a soul split mechanic; having these two mechanics happen at the same time will almost always result in a wipe. The boss will do his first soul split mechanic shortly after summoning the second set of sea orbs (in HM, this would be the third and fourth sea orbs, since there are two orbs per set in HM). If the boss is almost at 75% health (76-77%) when the second set of orbs are summoned, quickly push the boss to 75% to get him to split up before doing the first soul split. If the boss health is higher, then hold damage and wait for the first soul split to complete before pushing to the 75% boss split.

Tips for dealing with soul split: When a player's soul is split, it will always shoot off to the intercardinal pad that's farthest from the player. So it's recommended that while the soul split mechanic is still winding up (before the soul splits out), the player reposition themselves to be somewhat close to the center, since the farther from the center of the room the player is at, the farther the player will need to run. Also, players can pre-orient themselves by facing the side of the room farthest from them. For example, if you are standing just a bit to the the southeast of center, and then face towards the northwest, you will be facing the direction that your soul will run off to, thus making this mechanic easier to deal with.

Return from the Afterlife: The boss will immediately cast a conal heavy attack right after players emerge from the Afterlife mechanic that happens at 50%. So it is vital that the tank quickly grab taunt on the boss and flesh atronach and to make sure that the boss's cone is correctly aligned along the cone corridor. This means that the tank needs to be aware of positioning and orientation immediately when Afterlife ends. Keeping track of your position during Afterlife (always know where the entrance portal is) can help.

Flesh Abomination and Sea Orbs: Sea Orbs will start up again at 40% boss health, so killing the atronach without pushing the boss to 40% will significantly simplify that part of the fight.

First, here is a video of us explaining the fight to a friend who had never been inside dungeon before, followed by a clear of the boss on Hard Mode (the clear starts at the 10:04 timestamp), from a tank perspective: 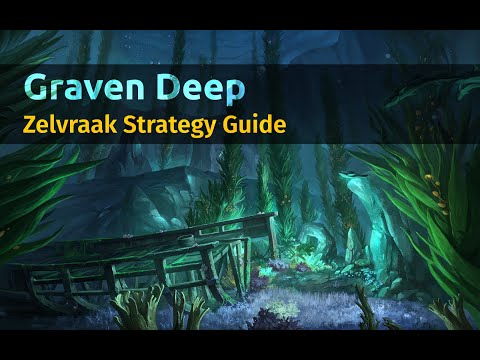 Additionally, here are tank and damage-dealer perspective videos from our first trifecta. However, we used the outdated and inferior dodge-every-barrage strategy for the split phase in this run: 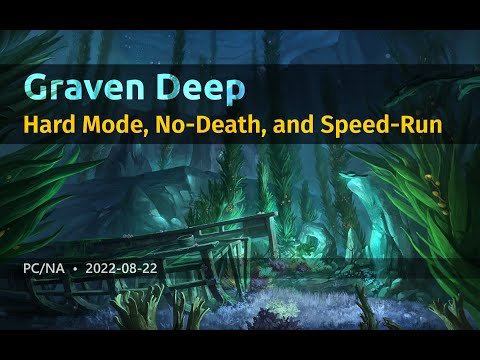 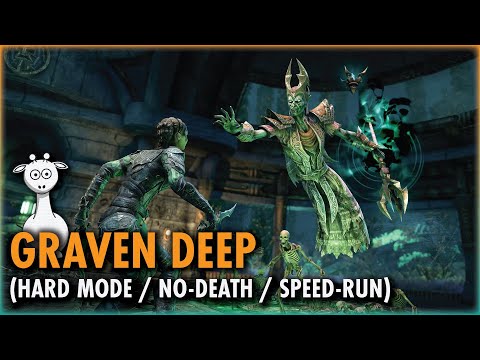