Pinja
✭✭✭✭
Hello everyone.
This thread is to explain a concept I’ve talked about all over the forums I call the reverse dysync.
A classic dysync comes about when things don’t line up with the server and you get things like the snipe glitch. 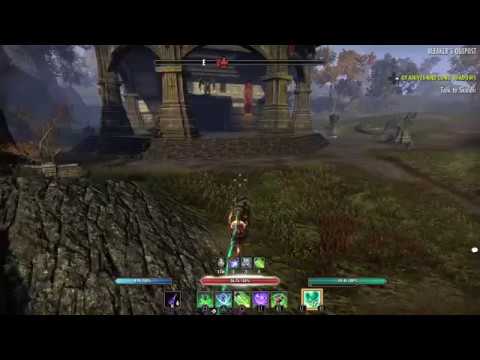 This glitch was my first run of the term desync and is what I classically think of. Even though it means much more like positioning glitches, *health bar glitches, ect.
* There is a health bar glitch where someone will be at 100% health but look like they're lower sometimes near death 3%. Since everyone can see it, it’s not a desync but a UI error.

Either way following a shoddy pattern of development, the snipe glitch and fellow desyncs have reappeared and disappeared over the patches. In other words, there were junk repairs made that might have never gotten taken out of the game that may negatively affect performance. A notable example block changes didn’t help at all and got stuck in the game, how much more meta code is just lying around because someone abandoned it.

Now the reverse dysync is something I saw in February when abilities were not firing. Instead of getting hit with abilities all at once, people were not allowed to fire abilities on targets. The inverse of a dysync like if one person or the server was laging, players were not allowed to submit abilities on targets. I’d seen a few posts to support this, one questions whether one person's lag would cause all to lag. It’s as if the server waits on clients before a processing, instead of spamming a lagging client with abilities all at once. Potentially done as a solution to fix desync, hence the name reverse desync.

I however started using the reverse dysync as an example and label to a larger problem plenty of people have observed. Bad patches. When it comes to some patches the Devs don’t know how to hit the Undo button. U25 was a bad one. Going as far back some still blame the lighting patch. Not getting too far into details, a team should go back and take the time to clean up those junk piles I was talking about, and patch the Band Aid. They should ask what were these changes for? Are they causing problems? And is there another way to achieve the same goal?

A big one server side Anti Cheat. Could you come up with a client side Anti-Cheat and would that work better?

Speaking on the topic of Anti-Cheat I came up with another realization and potential solution that may deserve it’s own thread if it has credence.
I was in a Discord talking to someone and they said pretty much because of the way the games latency and positioning checks work your pretty much playing a guessing game with your positioning when it comes to AoEs.
Then I thought about the way the game checks positioning and may have run across something overlooked. Because positioning checks are moved server side, there may be a double jeopardy running between them. It would make the game run smoother if you got rid of all the client side checks or server checks vice versa. As it may be now abilities can be canceled out by two positioning checks if people aren’t moving slow enough for server and client to be in sync.

No lie, it may be a better investment and solution to run the game like cloud based gaming, or get the process as streamlined to it as possible. As the game may be running now you have redundancies client side.

If Zos continues to fail at fixing performance they may want to hire a third party like Shadow to fix it and set them up. ESO puts a lot of pressure on systems and cloud based gaming may be the answer to all it’s problems.

This is a really good idea. Make me CEO for a week. I’ll write the contract. Let’s get it done.