How to fix the lag (Trials, Battleground, & Cyrodiil)

Pinja
✭✭✭✭
So I’m starting college for Computer Science, taking my first class on computers this summer to help fix the lag. But before I get into it, my unprofessional eye noticed something with the coronavirus pandemic. The lag got worse. Then I thought to myself this always happens when there’s a high demand by players. Happens at the launch of popular games. And you know what they do?
They buy more servers.

Now this is an MMO you're supposed to see plenty of people, but even then there are multiple instances. Open world is surprisingly low pop, except at the launch of dlcs, where they then lag and as I remember I got my character stuck in Orsinium.

Open world isn’t as bad as the zones where the action happens.
So that begs the question... Why do small instance battlegrounds & trials lag?
While in other large heavy combat instance games, like Battlefield, don’t lag.
So why does ESO?
Well Battlefield's rule of design is one instance, one server.
I’m going to bet, ESO doesn’t follow this design model and is hosting multiple battle heavy instances on one server.
The easy fix for battlegrounds and trial lag is, buy more servers.

What about Cyrodiil, which is one large single instance server +delves?
Well I have a lame suggestion, but it’ll work.
Divide Cyrodiil into three synchronized server zones. On the gates… 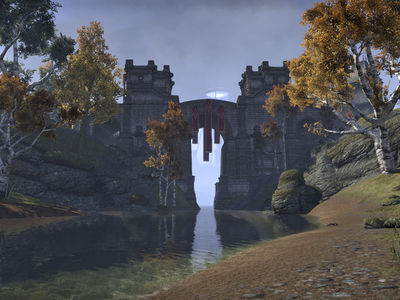 Daggerfall Territory, Ebonheart Territory, and Aldmeri Territory.
While it’ll end gate farming for certain Pvpers that love to play on the gates, it will fix the lag.
If redesigned beyond a basic entry way, into something more like the Imperial city side district & sewer doors, where either side can walk through and spawn up top. Then you have a chance at interesting pvp if you build it like an arena at every gate & bridge. Load time immunity till you move or drop, ect.
The Cyrodiil map will still display all the information from all three servers so you’ll know if you need to change position on the map.
Some of my best Pvp has been leading groups in 15v15 battles at 4:00am. We were the only people doing anything on the map and the gameplay was good. With my suggestion other player activity can be on the map without affecting performance.
I’ve had other genuinely good guild masters refuse to lead primetime because the lag is horrendous.
Will my solution fail if one alliance gets pushed back into its territory by both alliances, probably. But you’d have optimal conditions most of the time, and the lag would probably drive one invader to the otherside of the map.

Any thinkers or takers?