Home Forums English Lore
Sign In
The Scribes of Fate DLC and Update 37 base game patch are now available to test on the PTS! You can read the latest patch notes here: https://forums.elderscrollsonline.com/en/categories/pts 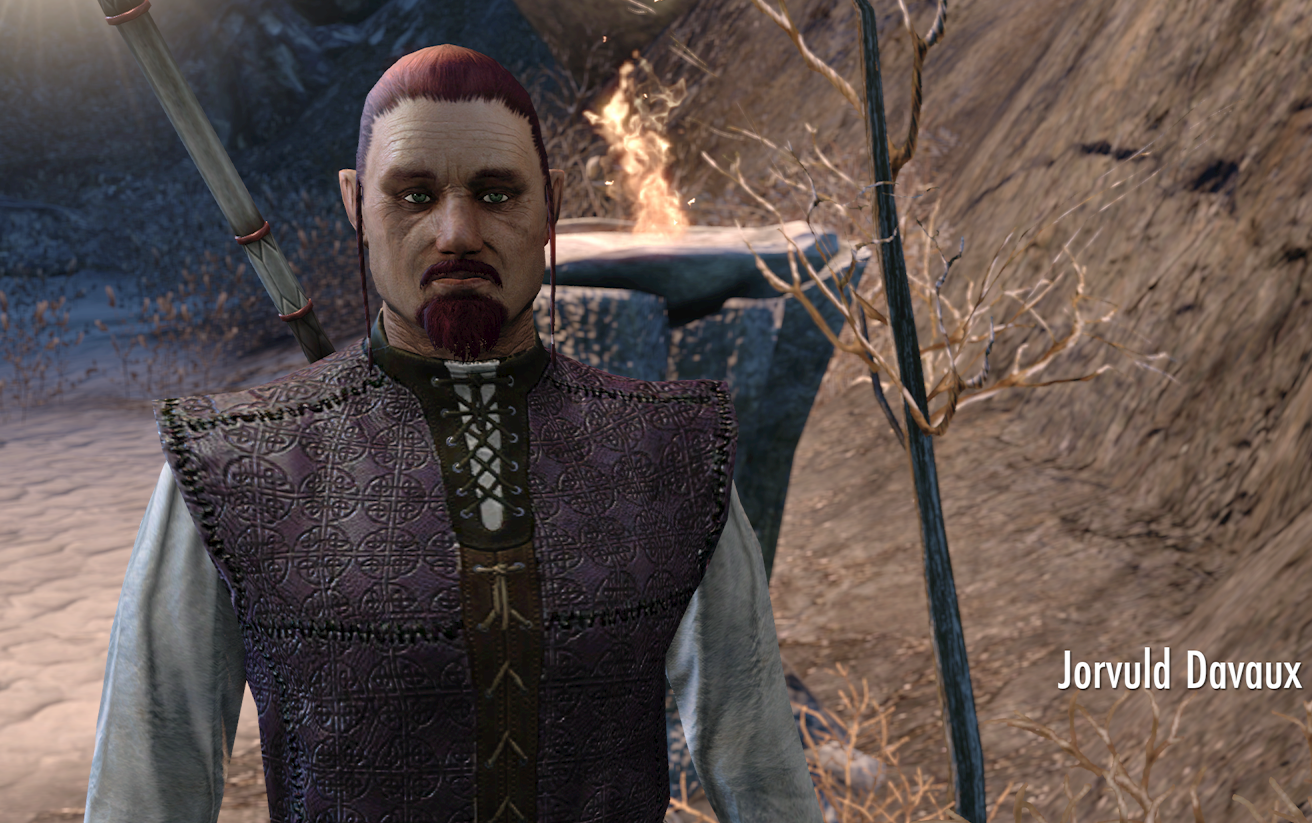 This is Jorvuld Davaux, the Quest giver in Scalecaller Peak. And it is my expert opinion in all things pertaining to the horizontal tango, that this man has Orsimer and Breton parents. (scandalous)

Just last night while waiting for a replacement Tank in a hopeless queue, I studied the NPC, and noticed something odd. The dude, who comes across as an older Breton, had Orc ears. It made me look harder. Slightly stubby but pointed Orc ears, stocky Orc facial structure, Breton eyes, and Breton hair. Honestly surprised I didn't pick up on this sooner.
CP1,500+ Master Explorer - AvA August Palatine - Console Peasant
#1 August 2019
3
Home Forums English Lore
Sign In or Register to comment.