The importance of Argonian mystery

tinythinker
✭✭✭✭✭
✭✭✭✭
In the early days of the forums, it was hard to find a thread that mentioned Argonians that I didn't show up in, but I don't consider myself a master of their lore. I did read the novels The Infernal City and Lord of Souls as well as general website articles on Argonians, noting also what Loremaster Lawrence has said about them. They have been recognized as having some of their inspirationfrom some Mesoamerican civilizations, but, intentionally or not, also have similarities with other cultures such as the Korowai and Asmat peoples of New Guinea. The former for their remote location and isolation from the outside world and their housing style... 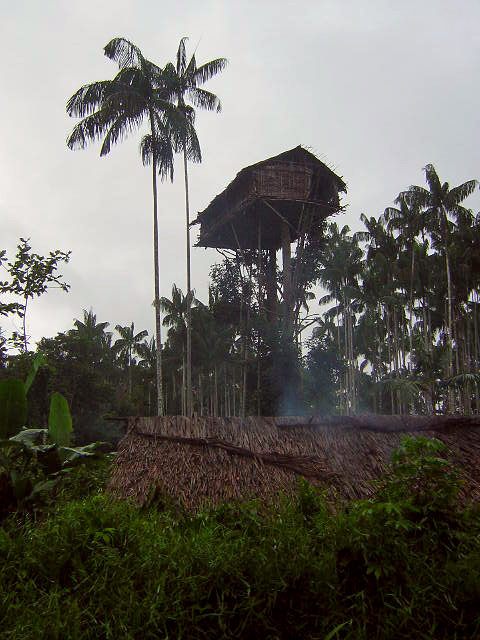 ...and the latter for also having thatched huts and tall treehouses but also believing that a god carved them from a sacred type of tree, and that they are bound to these trees and the spirits within them.

As for Argonian lore, it is thin, with the Saxhleel having a symbiotic relationship with Hist trees and evidence that they had a powerful civilization during the Merethic Era, the mysterious ending of which Argonians refer to as Duskfall. Also unknown is where the Hist trees themselves originate, as they seem like they may be an invasive species that took root in Black Marsh. This is hinted at in the novels mentioned above, though that still leaves the questions of where they were transplanted from unknown.

The cult of Sithis is a part of Argonian society, with the Shadowscales being defenders of their people. Whether this relationship to Sithis is a continuation of a practice that existed during their Merethich Era glory or whether it developed in response to incursions by other races isn't entirely clear, though Shadowscales at least seem to revere the former Xanmeer society and use their old structures as bases of operations.

And... that's mostly it unless one wants to track a very few historical events in then first, second, third, and early fourth eras.

On the one hand, it seems like a cool area to explore in the game lore-wise. There is so much room for speculation and debate. On the other hand, that's why retaining the mystery is important. Prequels and added backstories can take away the very wonder and curiosity making particular groups and individuals interesting, often not living up to what fans come up with in their own imaginations.

So, how much do you think ZOS and Bethesda should reveal about the lizard folk? Which things should be left unknown?

Who are you in Tamriel (whether it's just your character's attitude & style or a full backstory)? - Share your Character's Story! ◔ ⌣ ◔
(And let us know 🔷What Kind of Roleplayer You Are🔷 - even if that only extends to choosing your race)

Support Mudcrab Mode for ESO (\/)!_!(\/) - part joke, part serious, all glorious! You butter be ready for this
#1 September 2017
5 Quote
Home Forums Lore
Sign In or Register to comment.