A sad scene in Greenshade 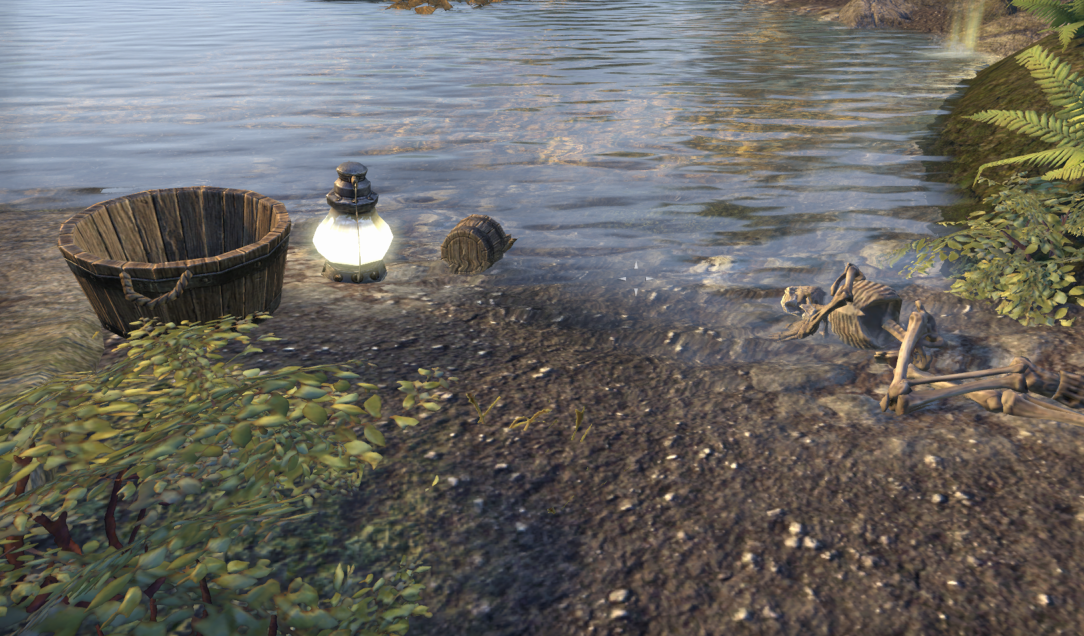 Sometimes I come across scenes like this, and I have to stop and think. I know iIt's just scenery, a few objects placed in the world to give it some character, but part of me wonders, what was happening? How did it end this way? What is the story behind this scene.

A large tub makes me think it was laundry day. A nice shallow pool, dappled sunlight, some peaceful time to wash some clothes before the seasons change or the next work cycle. They had an eternally lit lantern, nice and bright, hoping it would keep away any predators. Or maybe they knew it would be dark before they finished and they wanted a light to get back home? There is only the one skeleton, but it is a large tub, so I am guessing there was at least one other person. Maybe they escaped and were too afraid to come back? Or was this a crime of passion, skooma inflamed nightmares, or just a bad debt?

What are your thoughts? What do you think happened?