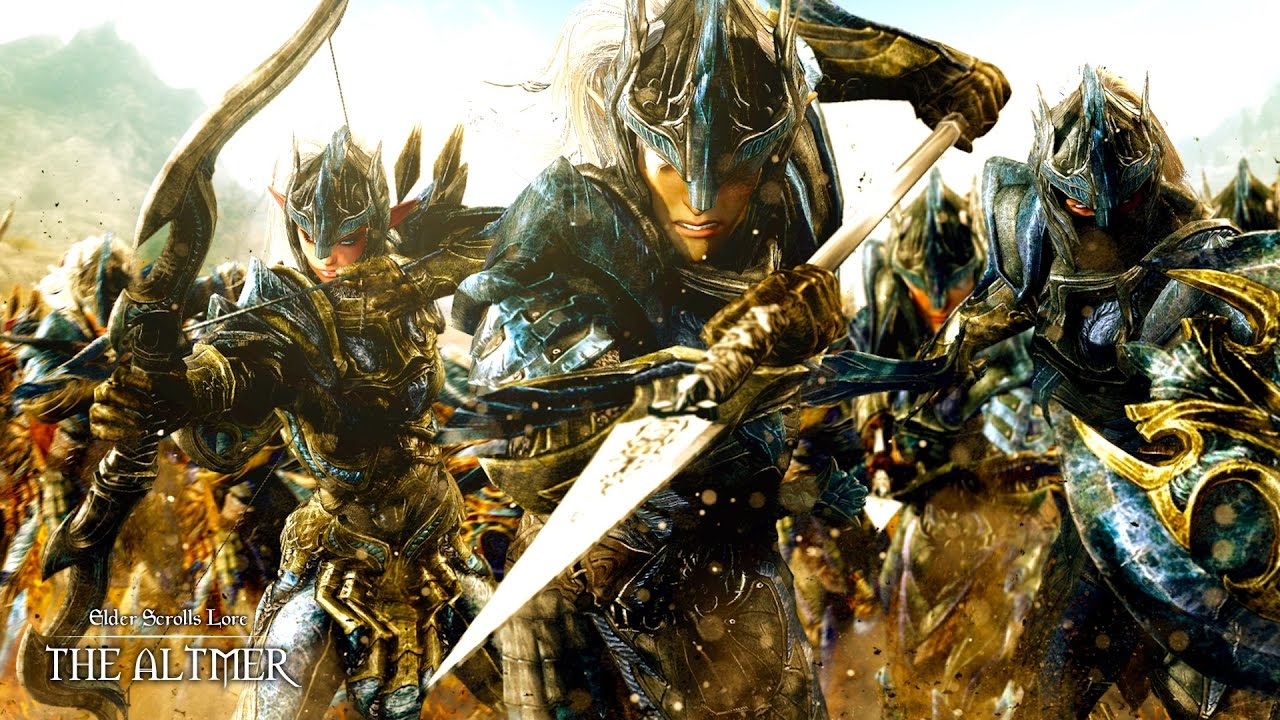 Hi there guys. As you may know from my angry ramblings over the past few weeks, I sort of have an unhealthy obsession with the altmer. Because the last thread I made got a little heated (and I take the blame for that), I thought I'd bring up something a bit more fun.

Many of you know there's some buzz about the next expansion being set in the Summerset Isles. Well, let's have a discussion about it! What do you hope to see in a theoretical Summerset dlc? I thought this through a lot, and here are some of my hopes and wishes:

Society
As many of you know, a ton of information was datamined about Summerset shortly after ESO released. Apparently Alinor and the surrounding environs were going to be their own zone at launch, and entire questlines are described in detail. Here's a link to the datamine: https://www.imperial-library.info/content/eso-alinor-and-ayarene

Now a lot of this has been retconned by what we see and learn on Auridon (particularly when it comes to the altmer's view on daedra) but there's still a ton of crazy cool stuff in here. Here's some highlights:

-The altmer organize themselves into tribal factions known as kinships. Similar to dunmer houses, these are the literal extended families of the altmer. Every altmer belongs to one of these giant families, and they each have territory in the form of a "kinhouse". The most famous kinship is, obviously, the direnni clan of High Rock, but the datamine makes mention of Isque (led by High Kinlord Maldawaro), Felballin (led by High Kinlord Langdruun) and several others.

-Each kinship is ruled by a Kinlord or Kinlady, and they make up the minor kings and queens beneath the high queen, Ayrenn. "High Kinlords" seem to be particularly important kings.

-Summerset Isle is completely "powered" by something called "The Varlines". There's no clear description of these, but they're made from meteoric glass and act as magical power-lines. They run through the entire island like a circuit-board. They can be used for instant transport, communication, and provide power to the cities and kinhouses. You know why altmer are so obsessed with their homeland, and think it's better than yours? It's because they seemingly have a real, tangible psychological connection to Summerset through the varlines. Some altmer literally go insane when the varlines malfunction, and their family members need to calm them down until things are fixed.

-The varlines are maintained by vartisans, who siphon the magic from the varlines into varla-lenses that are used sort of like giant batteries throughout the isle. The power is used for defense, transportation, and seemingly every facet of altmer life. One piece of dialogue in the datamine mentions an altmer "catching up on the latest court gossip" now that the varlines are fixed. Does it also function as some sort of magical radio?

-The Varlines seem to be centered around a giant orrery. In a way, the island of Summerset is a giant orrery. The plane(t)s that float around mimic, and in some manner control the way they move in space. The entire plotline of this datamine revolves around the maormer throwing one of the planes out of orbit and replacing it with a plane that represents their king, "Orgnum". Since all the aedra have a planet in the sky, this is somehow solidifying his godhood, much to the chagrin of the altmer.

-The altmer don't use their own people for petty labor and menial tasks. They literally enslave daedra to aid them in building and farmwork. Discarnates maintain altmer creations above ground, while aquiferi seemingly manipulate the ground-water, making it flow wherever it's needed most and ensuring the soil is eternally fertile. Again, these daedra are kept perpetually enslaved by the varlines, and go rogue when they malfunction.

-Battlereeves are altmer soldiers who have served for at least 400 years. You may think this conflicts with ESO's own statement that elves tend to live for only 300 years, but remember this datamine is before release so this may have changed. Alternatively, there are countless examples of elves living longer than 300, so perhaps these are just incredibly healthy, physically perfect altmer.

-The altmer are under near-constant assault by the sload and the maormer. Ever wonder why altmer are so xenophobic? It's because they've been fighting a 3-sided war against foreigners since the dawn of time. Granted, this was already known, but reading about it firsthand was as interesting as it was bizarre. The maormer apparently use sea-to-land vehicles that tear through the earth and defile the land. They use "infernal machines", possibly granted by the sload, to fling diseased corpses onto shore. This is how the altmer live.

-Some altmer are masters of sound-magic (tonal architecture?). The Isquer Kinship can apparently create music that targets specific races. They more or less created a dog-whistle to ward off maormer.

-Ever wonder whose making all that elven and glass weaponry? It's probably the Scintilla Kinship from Dusk. They're apparently some of the greatest smiths in Tamriel. They infuse their great forge with the magic of the stars.

Visuals
Now personally, I really want to see a return to the older descriptions of the Altmer and Summerset. I really loved the idea of this super-advanced, magical race living in a beautiful, alien landscape with a slightly dark edge to it. Since the time of TES III: Morrowind, people have been drawing artwork on how they imagine The Summerset Isles, and the native altmer, to look. Some of the following images include official concept art, more recent works by former developers, and pure fan-art that I think captures the heart of altmer culture:

Official artwork on altmer clothing. Note the organic shapes. Sort of like what we eventually got for the dunmer.

Some relatively recent artwork from one of the old writers. This is how he designed the altmer to be. 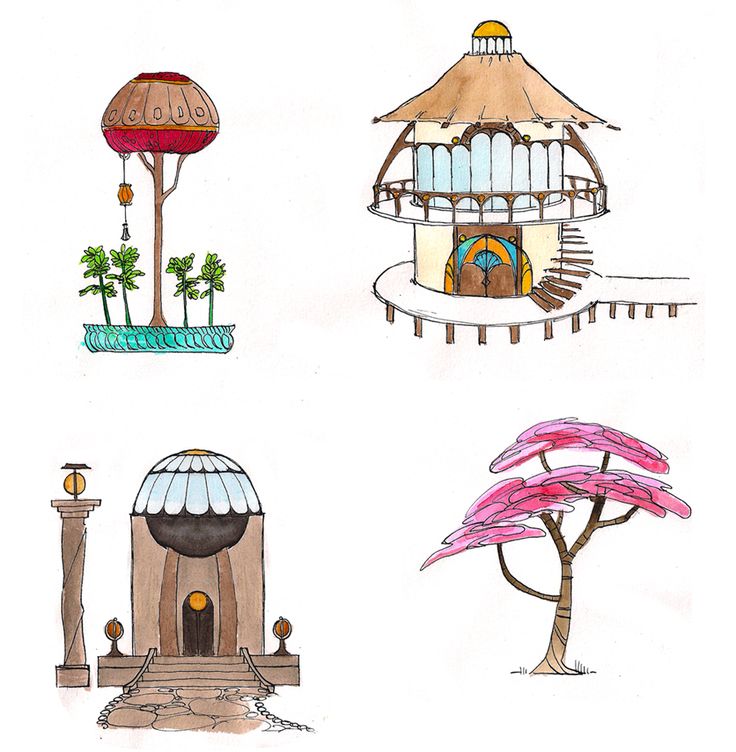 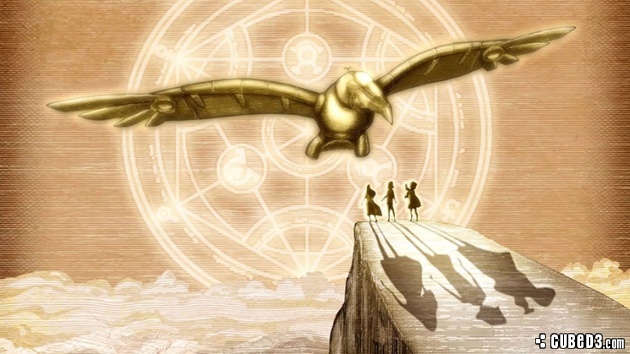 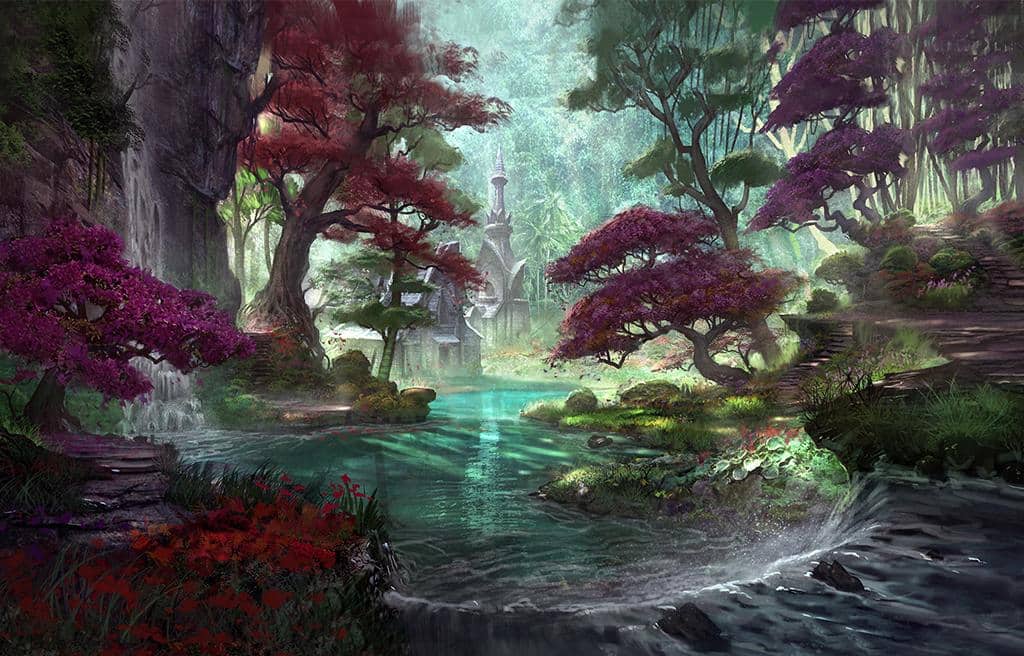 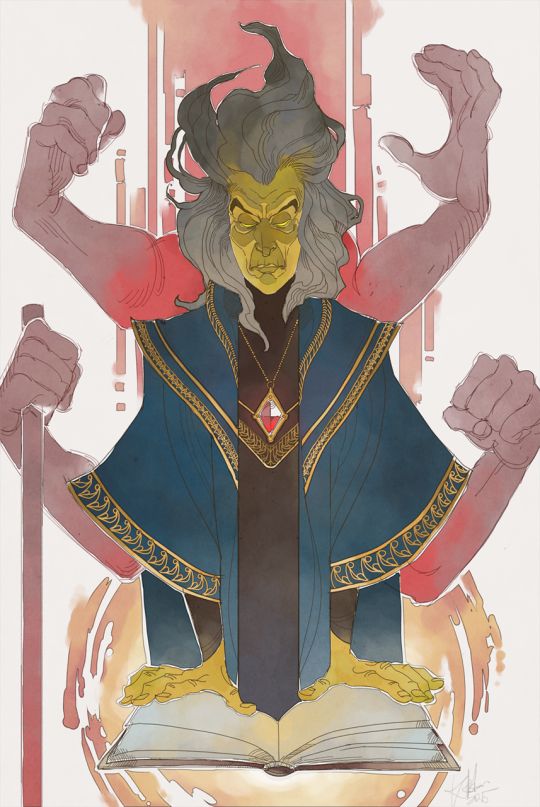 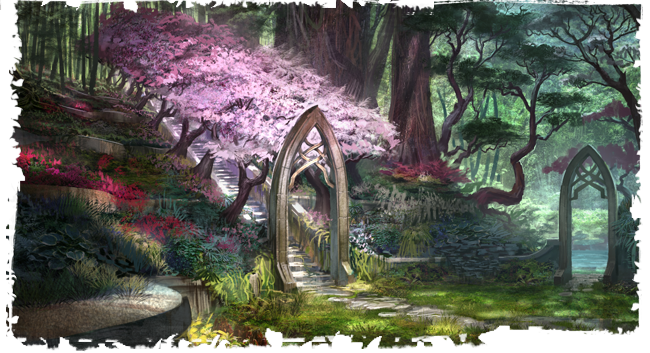 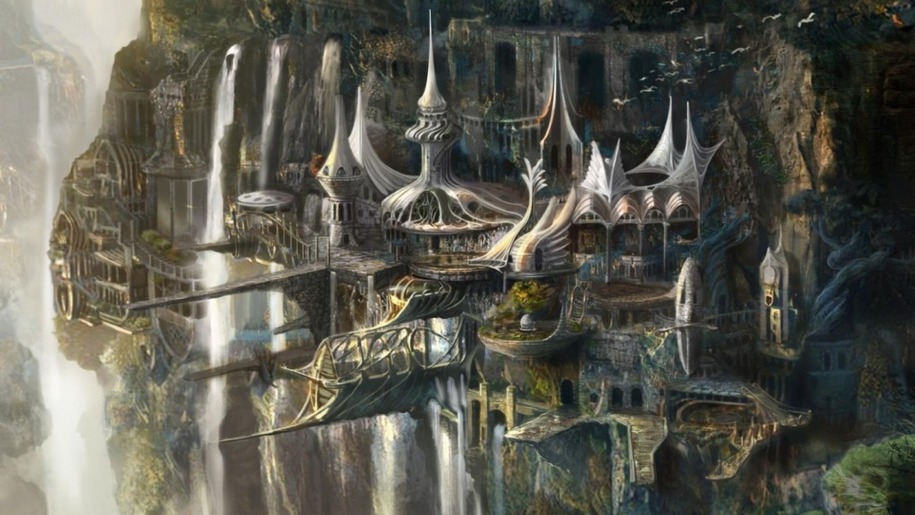 These are actually concept art for New Sheoth, but I'd love to see an altmer city take inspiration from it. 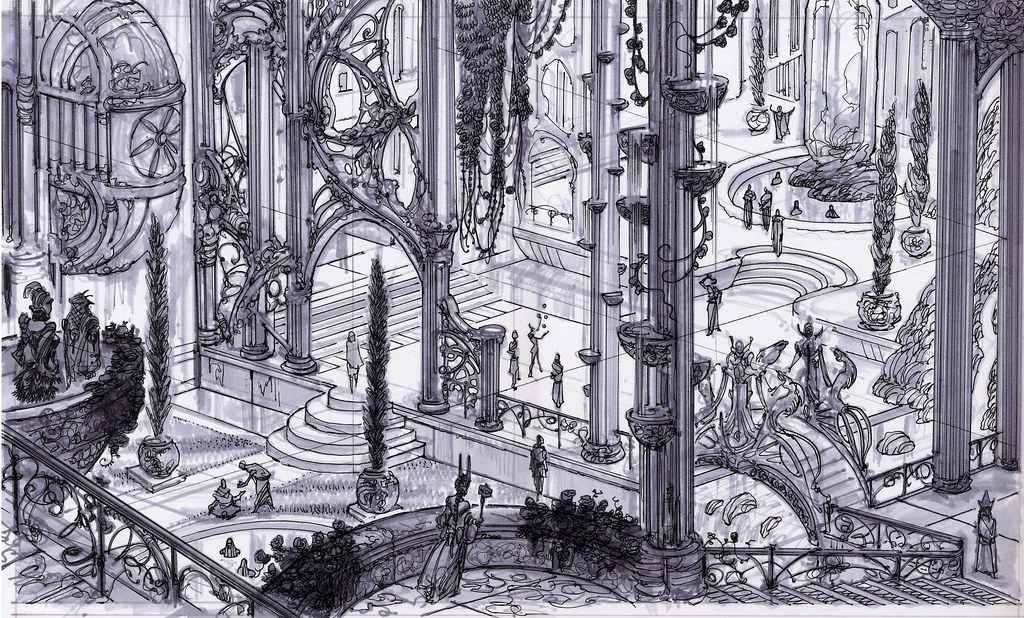 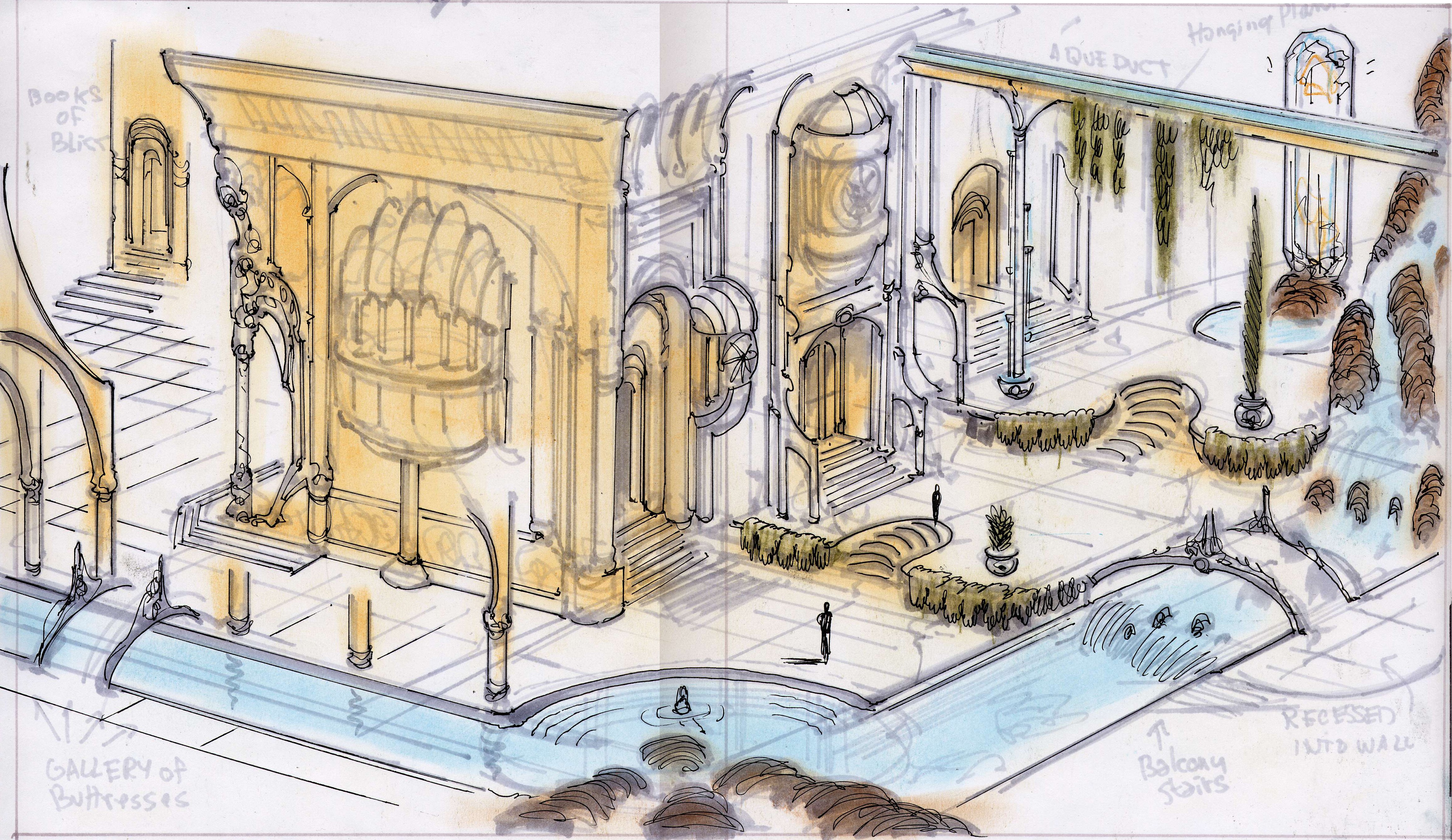 So, let's speculate on an upcoming Summerset expansion. What do you guys want to see?

Edit: Throw it all in the garbage with the rest of the transcription errors. I tried, folks.
Edited by psychotrip on March 24, 2018 4:21AM
No one is saying there aren't multiple interpretations of the lore, and we're not arguing that ESO did it "wrong".

We're arguing that they decided to go for the most boring, mundane, seen-before interpretation possible. Like they almost always do, unless they can ride on the coat-tails of past games.
#1 October 2017
54 Quote
Prev12345678Next
Home Forums General ESO Discussion
Sign In or Register to comment.