Casdha
✭✭✭✭✭
✭
I've been reading several posts where folks are stating that use of Gaming Keyboards and/or Macros can lead to being banned from ESO. I would like some clarification on this please. I use a gaming keyboard with macros but I don't use the macros for combat. I do however use them for pre-programmed Emotes (See Photo below for an example).

Quote from "Code of Conduct":

5.1 Users are forbidden from using any unapproved third party applications, programs, scripts or any other game modifying mechanic used to change the game play experience on a ZeniMax Game, Service, forum, or other games or services provided by ZeniMax, including the distribution of said programs via ZeniMax services, sites, forums, communities, etc. This would include but is not limited to using or distributing speed hacks, aim bots, mouse controllers, spam bots, automated game play devices, etc. Third party applications are defined as any program, application or script written by an individual, company, corporation, or private party not employed by or contracted to perform services by ZeniMax.

Along with the following picture I am including a copy of my keyboard profile for review. I need an answer to this as I don't want to be in violation and subject to being banned. 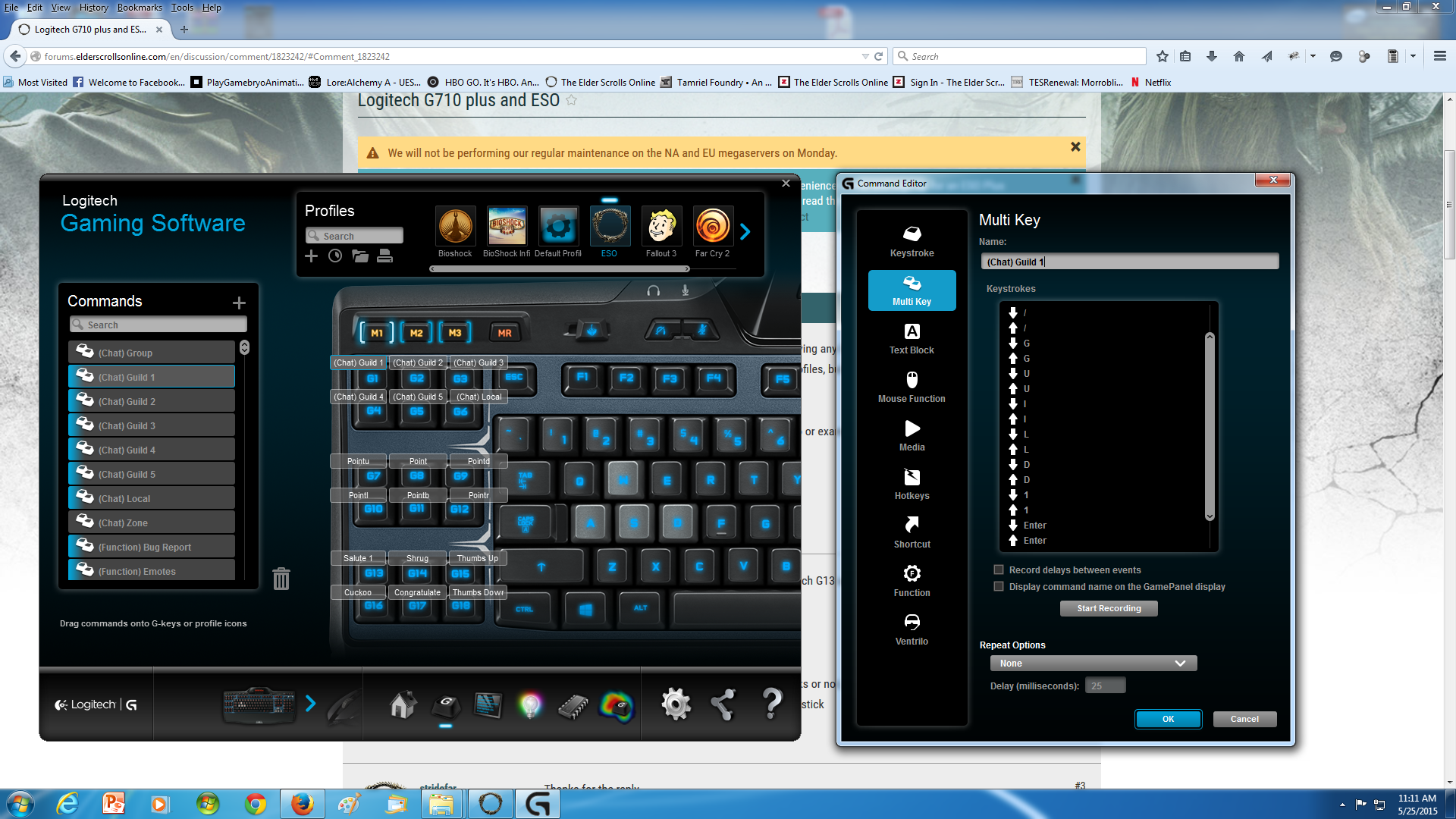 #1 May 2015
0 Quote
Home Forums PC Technical Support
This discussion has been closed.