Delparis
✭✭✭✭✭
In many parses LA is over performing compared to class or weapon skills in this game.
Sometimes doing +20% of the total damage.
When ZoS is going to address this and lower their damage?

edit:
Alcast made a guide + test parse with and without LA
https://alcasthq.com/eso-weaving-beginner-guide-animation-canceling/ 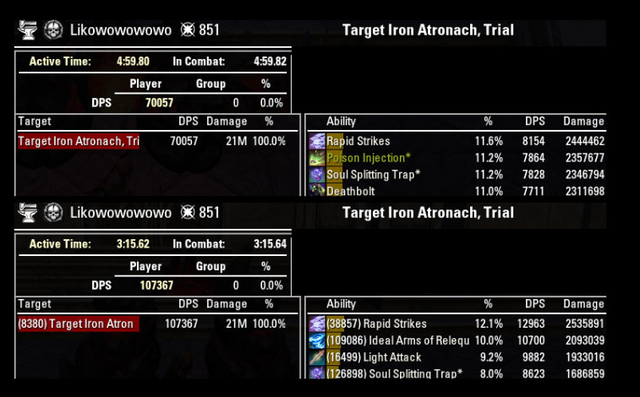