Tyrobag
✭✭✭✭✭
✭✭
So I went ahead and tested the two new reagents, and found some glaring issues.

The biggest issue is with the Bile, it contains both the invisibility and detection effects, rendering half the ingredient inert. (For those who do not know, mixing an effect with its counter effect in a potion results in negating the effect.) 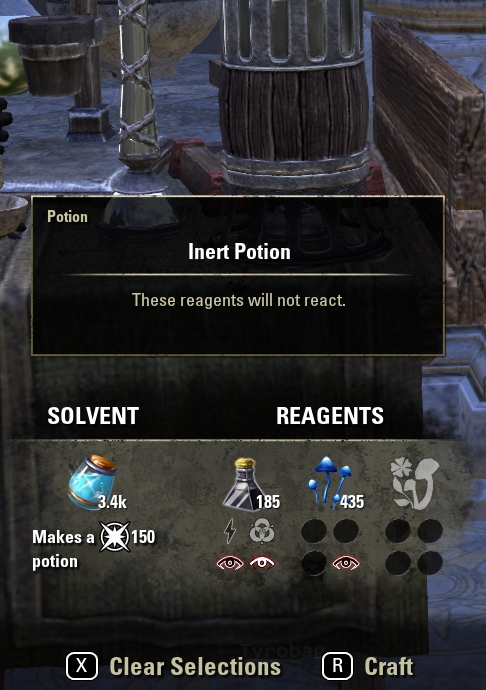 In my opinion the detect effect should be changed to a restore magicka effect. This would also address the second issue, that you can make Stamina/Ulti Pots, but not Magicka/Ulti pots. It doesn't feel right that only stam characters should have access to this new source of minor heroism (without giving up an essential source of sustain). 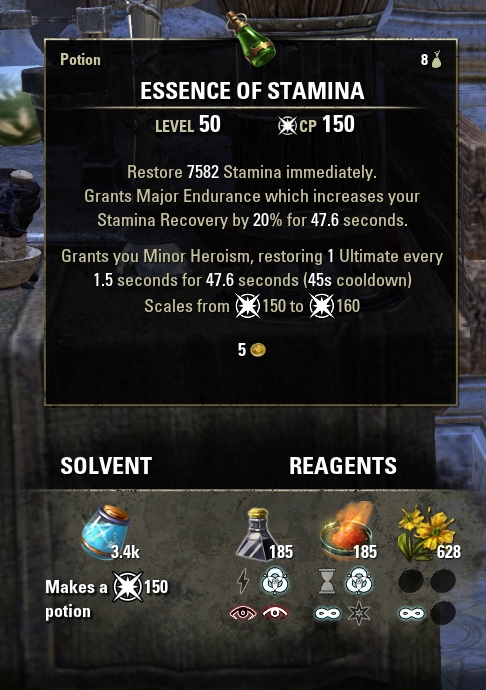 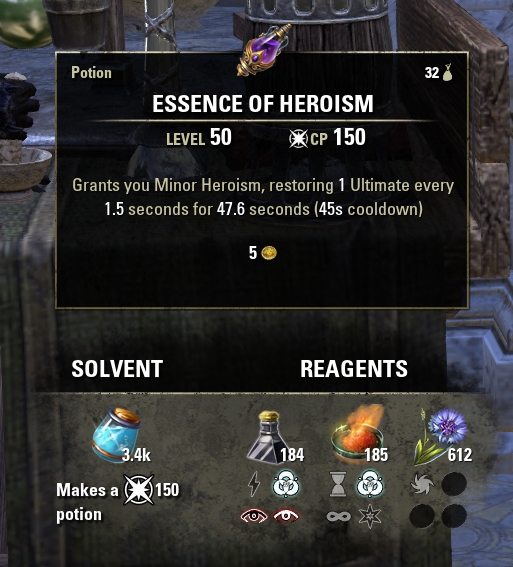 The final issue is that mixing the heroism effect into a poison does nothing, it results in an inert poison. Not necessarily a huge issue, but it is the only effect that behaves this way so it seems like a bug. 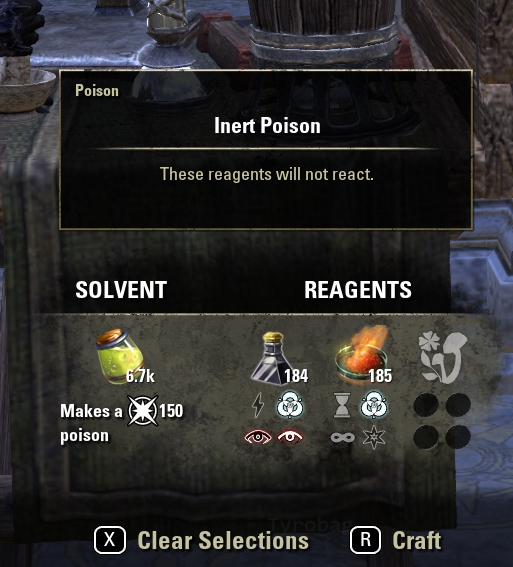 All in all I like the idea of the new ingredients and the new effect, I just feel that they need to be adjusted to meld better with the existing alchemy system and to be accessible for both stam and mag playstyles.
Edited by Tyrobag on April 19, 2019 3:07PM
#1 April 2019
30
Home Forums English Public Test Server
Sign In or Register to comment.