Saturn
✭✭✭✭✭
✭
This is a guide for the Precursor Maker collectible achievement in the DLC, Clockwork City. First off, a big thanks to my friend @zeroIndex for helping me locate some of the last few pieces, and spending several hours scouring the Clockwork City for the Integral of Reason with me.

I found the following 2014 thread by @Gillysan to be a great help when searching for potential Dwemer delves out in Tamriel:
https://forums.elderscrollsonline.com/en/discussion/138596/dwemer-ruins-list-goggle-drive 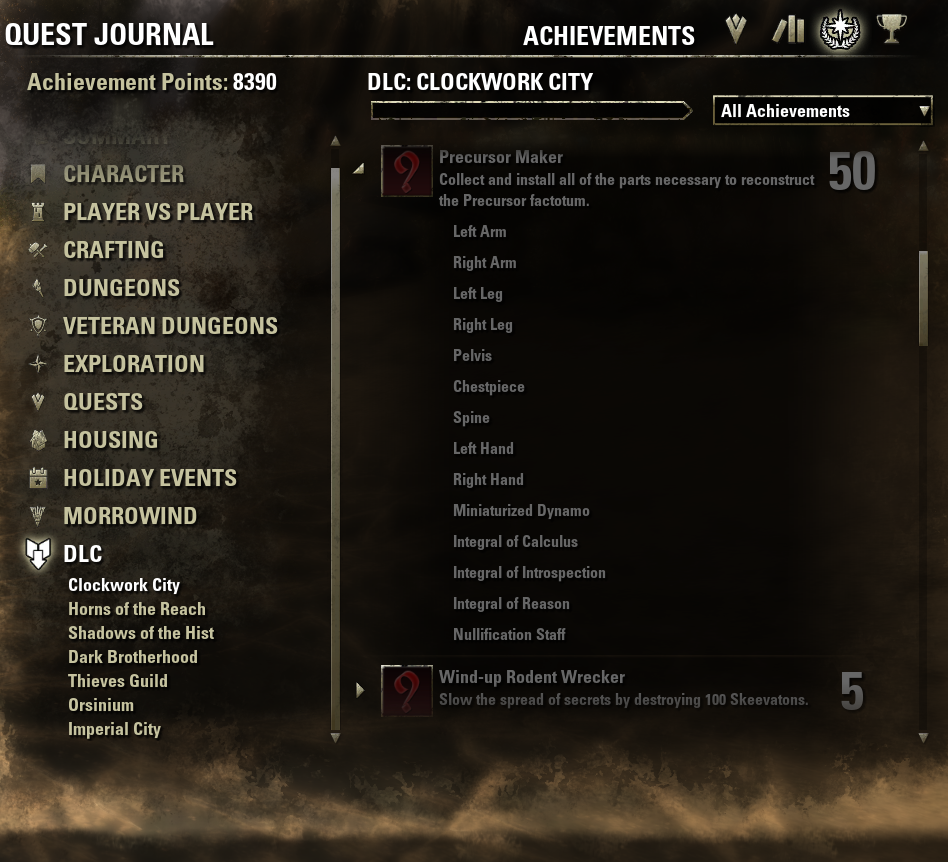 Hints / General Information about the Achievement:
Locations of each Collectible (ordered after the achievement):
Video Guide: 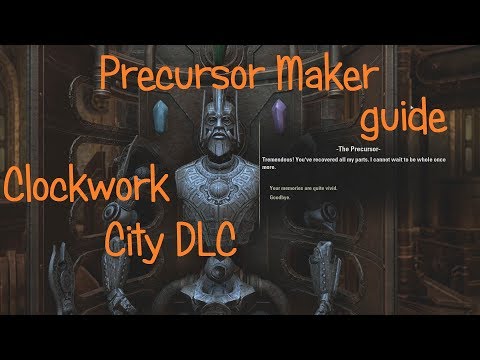 Reward:
The reward is literally the Precursor as a furnishing target dummy. He has ~300k health and makes a comment whenever you hit him, as well as when he is killed and respawns. As far as I am aware it is possible to obtain the Precursor dummy several times, if you were to do the achievement on multiple characters, so to those players wanting to assemble a robot army, your time is nigh! 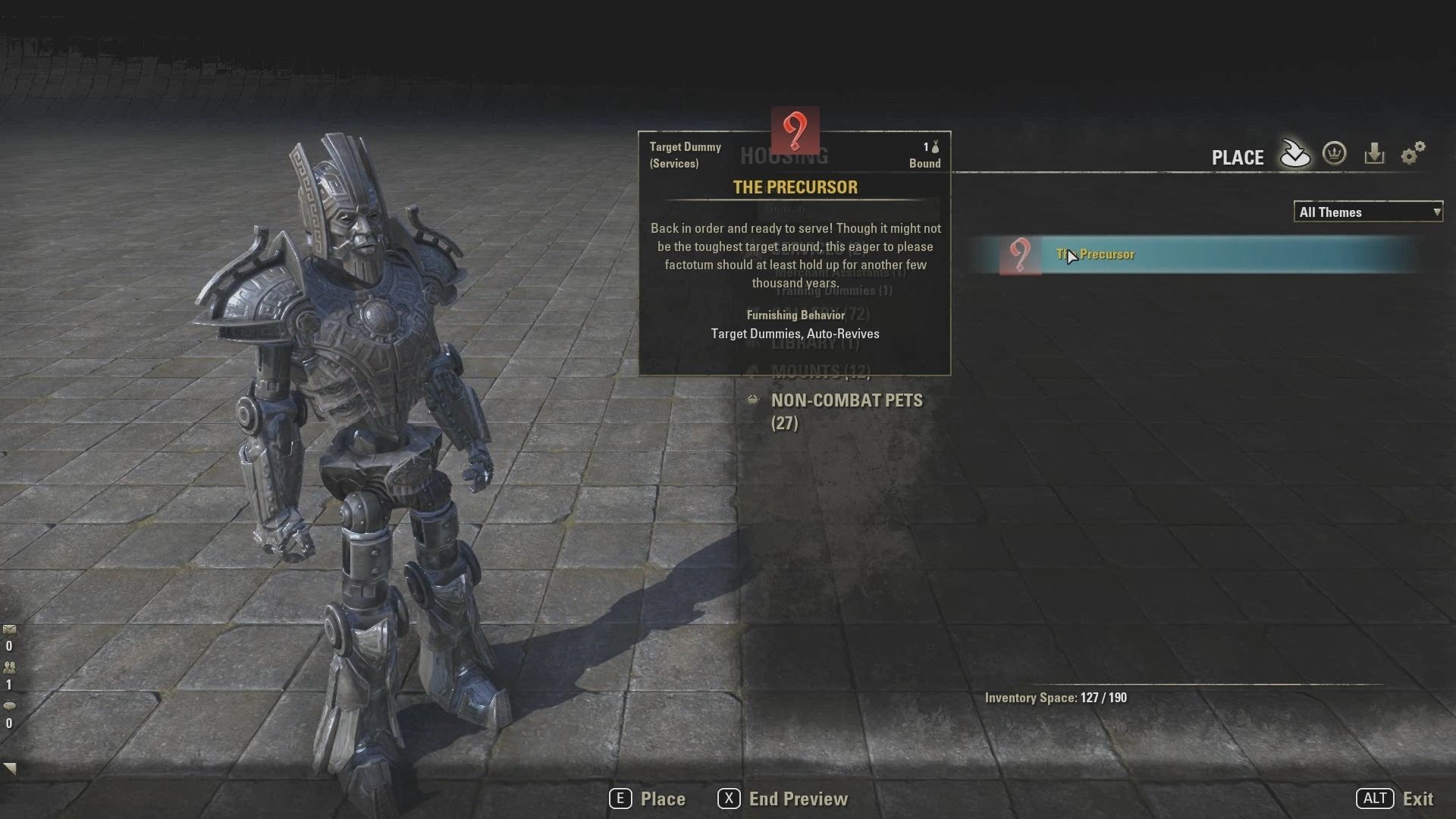 "Madness is a bitter mercy, perhaps, but a mercy nonetheless."