So I noticed that the Infernal Guardian set procs off of more than just casting a shield ability and I wanted to share that information with everyone so that the people who know how to test the numbers can have a look into it and see if the set is something that can be used or if its rubbish for pve. Check out the video below. 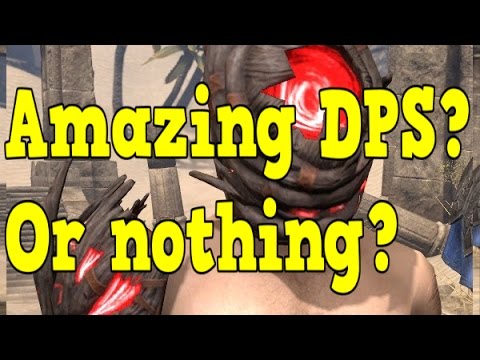 I personally think it is not as good as the other BiS sets but like I said I have not tested it like some of the maths users will. I will say however that it procs often and hits like a truck when you manage to position yourself. HOWEVER if you dont position well it can be wasted, it takes away the enchant of 350ish SP which normally goes on weapons, it wont be used on VMA weapons and also takes away the other monster sets you could use.

Considering a lot of people dont have VMA weapons and even less a sharpened VMA the maths really comes down to... Is the common proc it gives off better than 350SP + Valk or Groth etc?

Anyways its probably nothing but I want people to know and look into it for build variation.