The tanking issue: There aren't tanks. The tank role is non-existent.

There's essentially no reason to have one 95% of the time, because THERE'S NO TANKS. There are people who use a sword and shield and provide maybe some CC or hold a bosses attention (while their taunt isn't being ignored) but there's generally no reason to have a tank. Their damage reduction and mitigation isn't high enough nor does this game have threat tables. Which is incredibly stupid 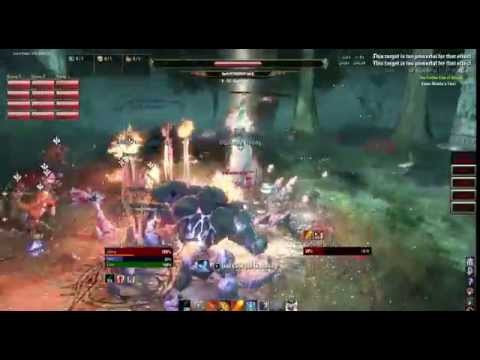 The AI scripting for multiple timed events on a boss, where they would drop aggro and run to beat on the healer, or conditionals that would make them drop their focus and hit somebody else aren't written into their programming. Because there's no aggro. They simply either have the taunt debuff or they don't and they either obey it or they don't. It is a very large reason why so much is overcome at endgame by pure DPS metrics and sorc/DK bathrobe/stick stacking. Which is likely yet another issue with ZOS trying to reinvent the wheel here.

Trash is too easily overcome by "blobbing," which essentially murders any need for a tank. As you can see in the video, major portions of the AA trial are being ignored due to how easy leashing is. Too much of the game is overcome by simply grouping as tightly as possible, spamming AoE heals, and spamming PBAoE's that tend to have the highest DPM and DPCT of anything in the game. And since threat's not even an issue, there's no reigning in DPS at all. It's simply SPAM SPAM SPAM SPAM. It's really quite unfortunate.

I would even be so bold as to suggest that there may be times where you would want 2 or even 3 tanks in heavy armor with a one-hander and a shield in a game where it is so easy to spec out for essentially everything. Instead there's NOT A SINGLE ENCOUNTER that really requires heavy armor and spell resistance due to how quickly caps are broached.

To take this even further, the Elder Scrolls series is literally fresh off one of the best implementations of sword and shield dps in fantasy RPG gaming history. 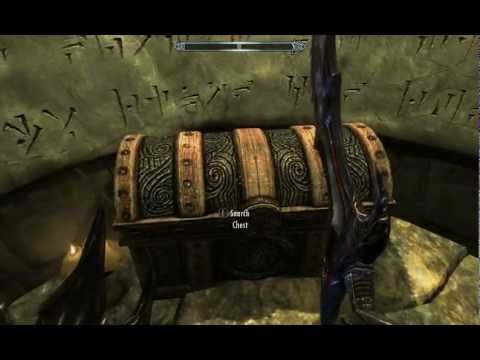 And yet it's incredible innate CC was somehow revoked in ESO, on top of being (like all other stamina-based weapon abilities) seeming trash for actual damage.

Lastly, and perhaps most importantly:

There's an incredible lack of what anybody would consider skill or strategy needed here. The events that occur in these trials are not significant enough to overcome the "power" of stacking as a group, spamming AoE heals and DPS, and simply metrically dominating the game. The worst thing is that this goes into PVP. It works in nearly every facet of the game. There's very few one-shot mechanics. There's maybe three encounters where this isn't the ideal.

Which ultimately makes for garbage content when you have nearly infinite possibilities in constructing groups and being creative with encounter design. God forbid you actually want bow-based Nightblades in PVE. God forbid a Templar's Nova debuff is actually desired on certain encounters.

It's kind of nuts.