Home Forums English Crafting
Sign In
The Firesong DLC and Update 36 base game patch are now available to test on the PTS! You can read the latest patch notes here: https://forums.elderscrollsonline.com/en/categories/pts
Maintenance for the week of September 26:
• PC/Mac: No maintenance – September 26

Show off your Master Crafter!

myskyrim26
✭✭✭✭✭
✭
There are a lot of threads like "Show off your Khajiit", "Show off your Necromancer" and etc. Why don't we... show off our Crafters? And have some discussion on them!

- Do you have a dedicated Master Crafter?
I do have one Master Crafter, she is the first to learn all new recipes, motifs and furnishing plans I get

- Do you care for your Crafter's look?
I do! I thought Dwemer style would fit a Master Crafter greatly - because Dwemer were really good in crafting!

- Does your Crafter have a special house furnished in crafting theme?
Not yet. I have some crafting stations in my main residence, but... My dream is a separate Crafting house to match my Dwemer-styled girl

Does your Crafter have a story?
Mine not.. Alas, but I can't imagine anything for her. 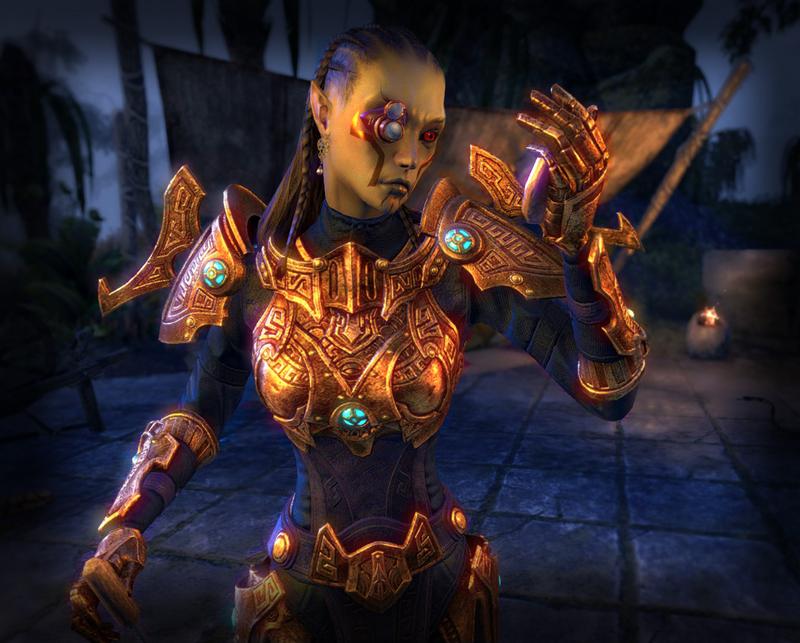