Under these sun and skies I greet you warmly, muthsera!
Another guide of mine, this time it is devoted to things that make us nobles in Tamriel (in some cases, though) - houses and land beneath them! Since the Kushalit sanctuary has been said to be on sale this year, here I decided to share some of my old observations regarding our houses in Vvardenfell. The Morrowind DLC brought so much of the sense of nostalgia, and it continues to do it since the new "house", the Kushalit shrine, will soon be implemented. Let's see the lore of our houses there, remember the details of the same locations we visited in 3E 427 in TES III, 19 years ago, and see how did they became the ones being these houses in the 2E 582 (741 years before TES 3) in ESO. Here we'll speak of all the available houses we have today and, of course, we'll touch the Kushalit sanctuary.

. The statue will be back in place by 3E 427. Looking at the map of the region (below) we'll notice too many inconsistences made, because the maps of the region in both games are a bit different. You see that Kogoruhn in TES 3 is located north-west from Kushalit, while in the ESO it is straight the opposite to south-east of it. I suppose it is the mistake in the Kushalit's sanctuary current location in the ESO - it should be placed much closer to the crater, as it is located in 3E 427. Nonetheless, the house is still in the production stage, so the location can be corrected. At least they can make a location of the entrance to it marked with the sign of the house on the map, whatever. I've already seen some new foyadas there along with some unidentified structures, so, I guess the devs might do this thing and everything will be fine. 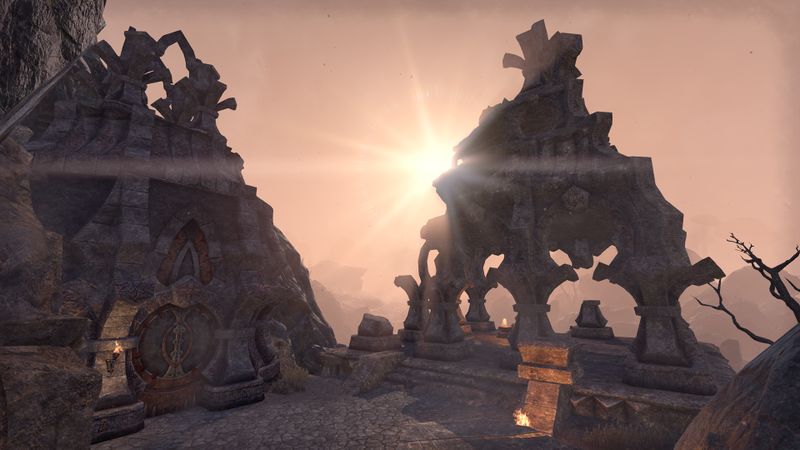 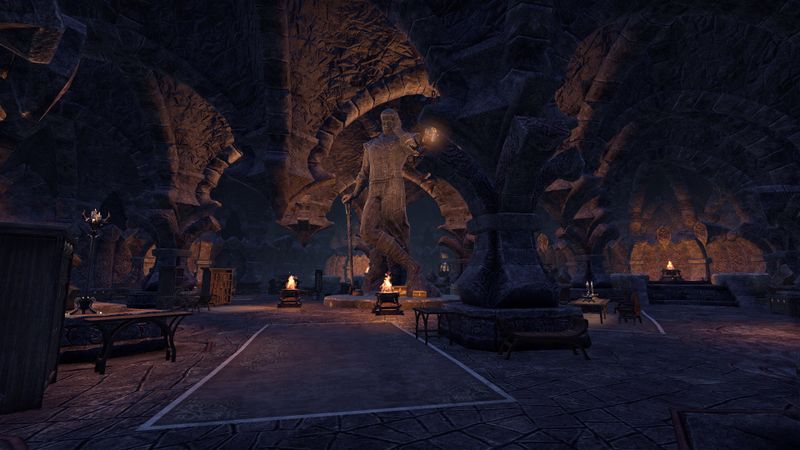 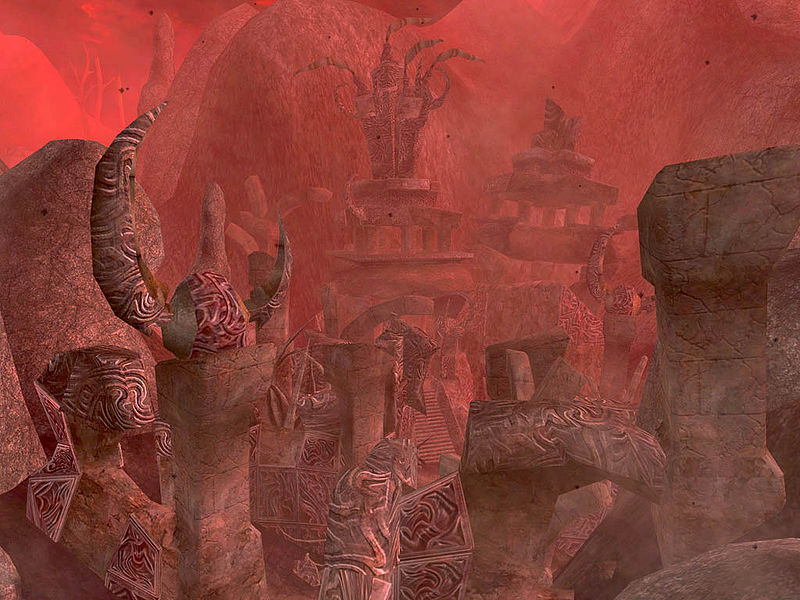 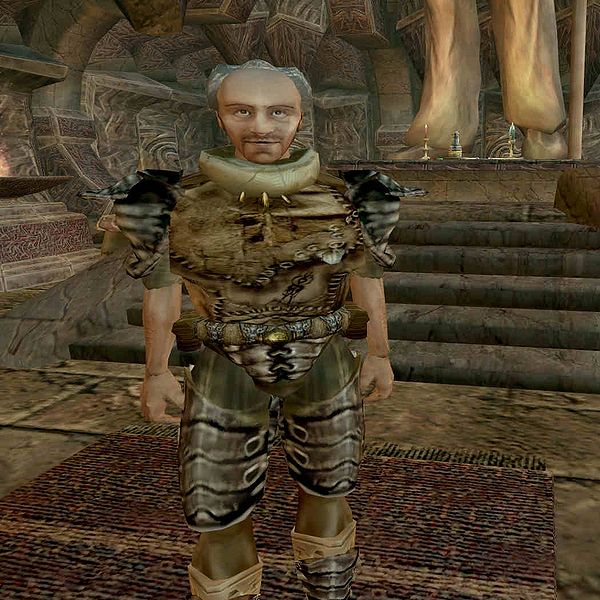 2. Our Ald Velothi Harbor House of 2E 582 will actually become the well known village of Ald Velothi. By the 3E 427 the territory of the manor will be enlarged with several commoner shacks present there and the Ald Velothi Outpost being the center of the commerce of the village. The entire village will be ran by a Redoran kinsman Theldyn Virith. There will be also a quest in 3E 427 here to kill Old Blue Fin - a unique slaughterfish - perhaps, a relative to the Resdaynian Sailfin that is actually a rare blue fish found in the saltwaters of Vvardenfell and is quite similar to Old Blue Fin. 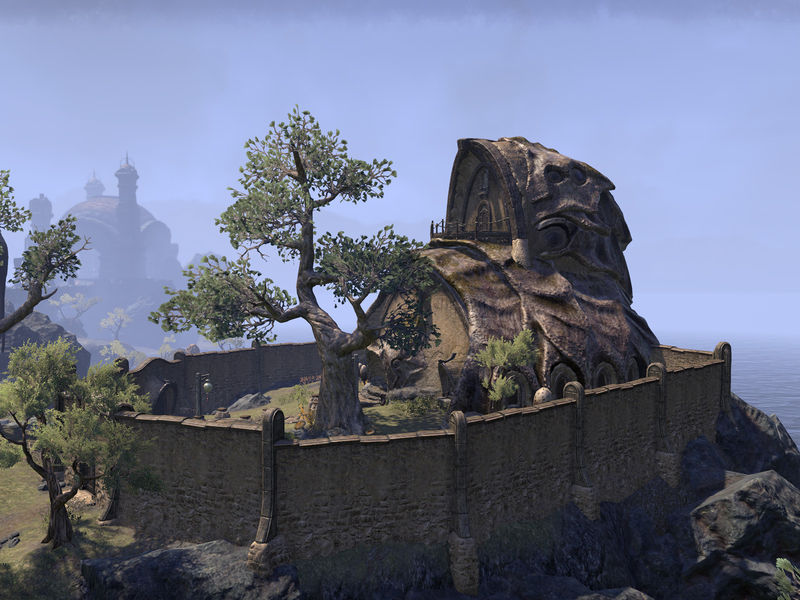 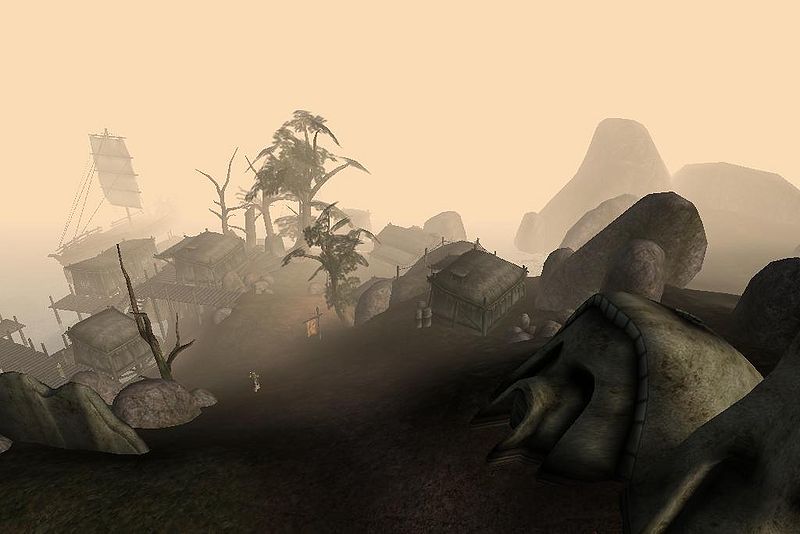 3. Our Amaya Lake Lodge will be completely destroyed by the year of 3E 427. The Imperial fort and a farming village of Pelagiad will be located just south of our modern lands. The Panat cave and slaver hideout will be located right on the place of a chest existing there today in 2E 582, and only Mistress Dren's Residence will stay in place evolving into the well-known Dren Plantation. Yes, the slave owning Mistress Dren livining in 2E 582 is the ancestor of both Duke of Vvardenfell and the head of the Grand Council of Morrowind Vedam Dren and his younger brother and the leader of the Camonna Tong Orvas Dren. A nice family. Ah, House Hlaalu, the House of thieves, the House of liars. 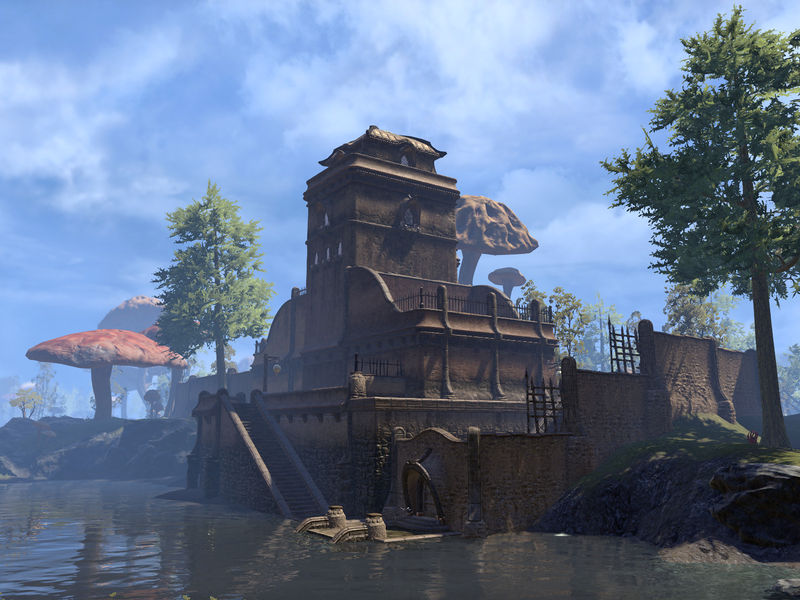 4. A small apartment called Saint Delyn Penthouse is actually not ours, we only rent it for free by making a non-commercial deal with Felande Demarie, a Breton landlord who owns various properties throughout Tamriel. As we know it, the penthouse is located in the inn called on the map as the "Abbey of St. Delyn" and as the "Saint Delyn's Inn" on the both actual entrances and interior map of the inn. The inn is located in the Canton of St. Delyn the Wise, Waistworks, Vivec City. In 2E 582 the cantons under construction are the Hlaalu, Redoran, Arena, and Telvanni, but byy the year of 3E 427, with the construction of the Foreign Quarter, the only place foreigners will be allowed to live in the city, the "Abbey of St. Delyn" inn will truly become the Abbey of St. Delyn the Wise - it will be a Tribunal temple that will give rooms to many pilgrims who visit the city. 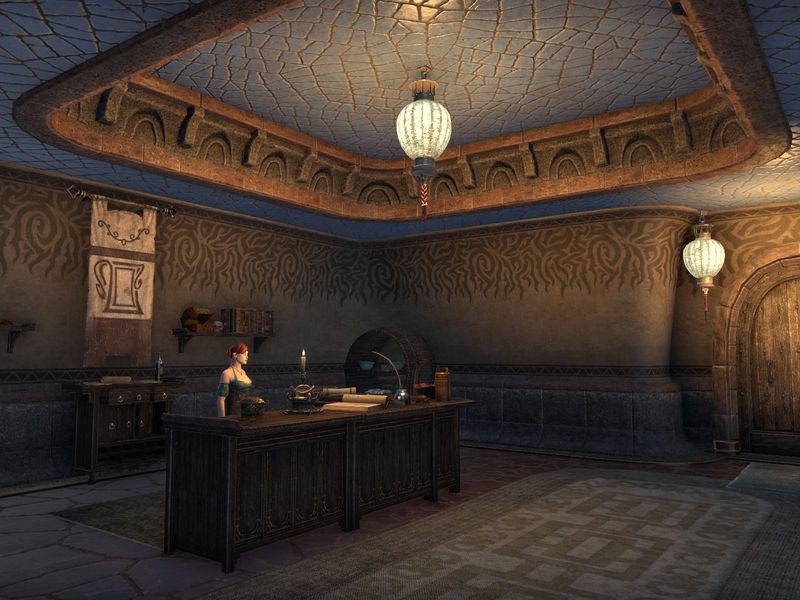 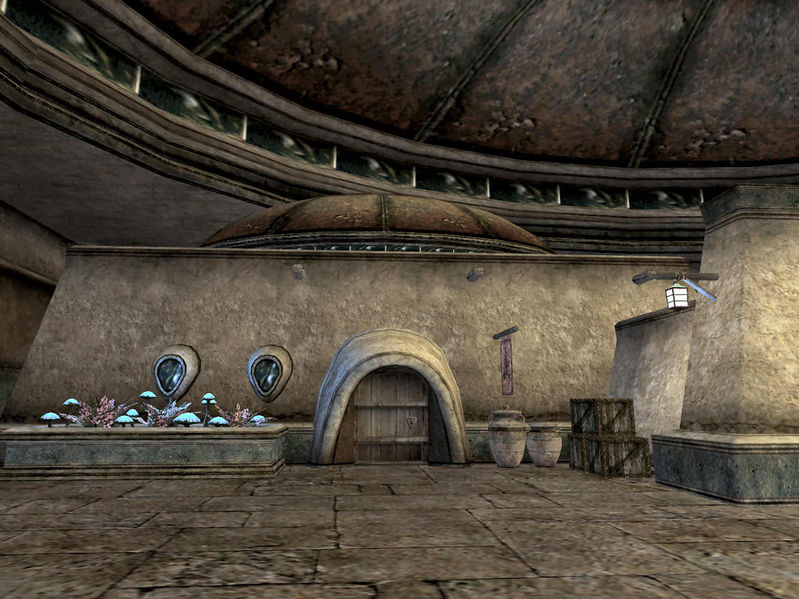 5. And finally the Tel Galen. Located north-east of Kaushtarari (a shrine to Malacath and the place the False Incarnate Conoon Chodala retreated to. We killed him there and obtained Sunna'rah) and south-east of Sadrith Mora, this tower will be completely destroyed by the year of 3E 427. As you see it on the maps, the waters of the Inner Sea will take much of our land leaving only the highest eastern part of our island, but moreover - there won't be neither the giant mushroom, nor the buildings and walls we now have there. First, I thought it was Gothren who finally could find out of whom to blame for things we did to him in 2E 582, but no - Kaushtarari of the 3rd Era will also be partially flooded and inhabited by some Orcish thugs. The very islands in the vicinity of Sadrith Mora will be flooded, the level of the water will raise and that seems to be the only reason. It's the natural one.