RemanCyrodiil_I
✭✭✭✭
In the newly-introduced Imperial 'Old Life' quest for the New Life Festival, I noticed that Petronius Galenus referred to the Imperial City simply as "Imperial City". 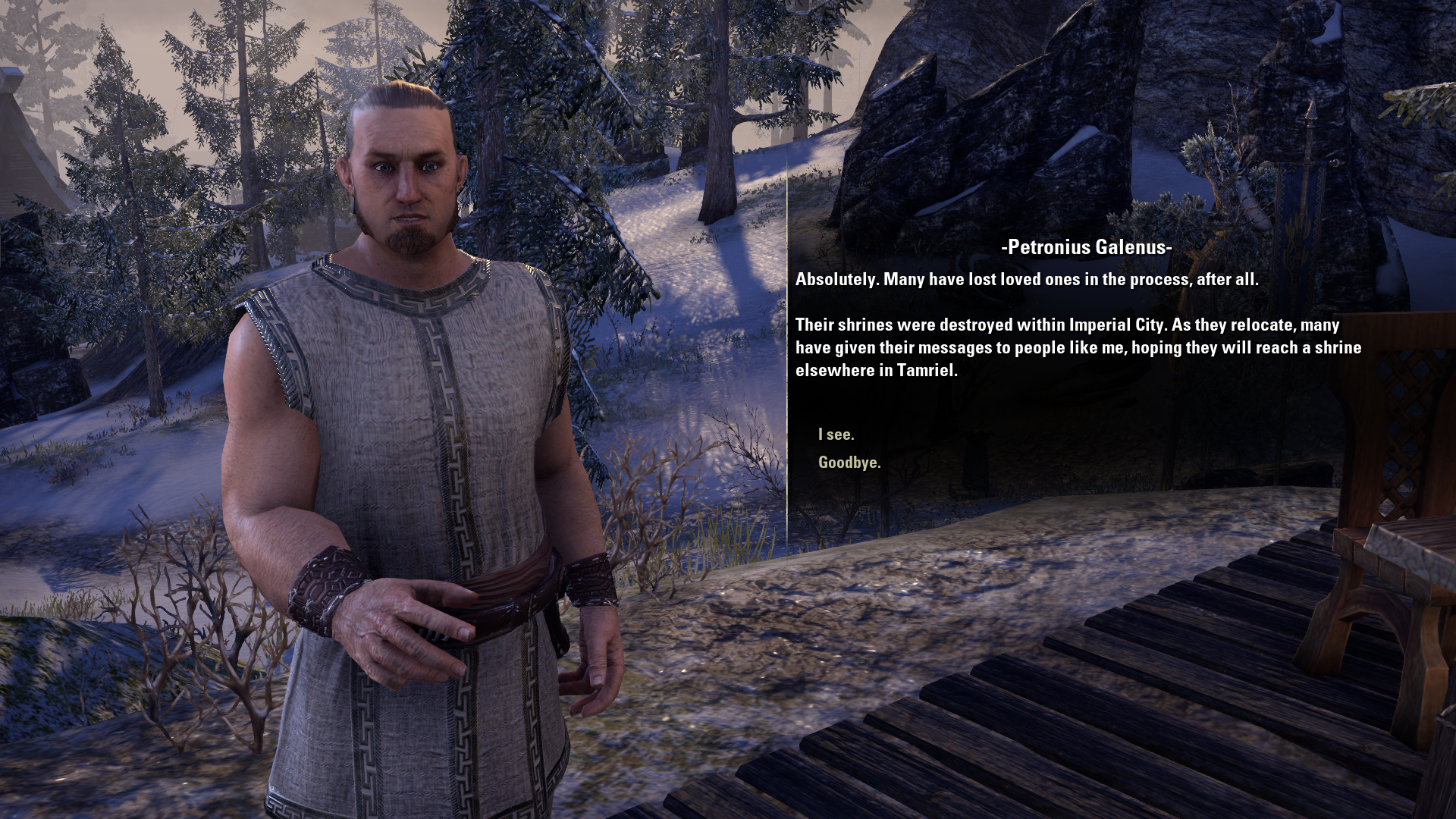 At first I assumed that there was a slight error during the recording of the voice lines and thought nothing more of it - but while recently replaying TES:V's Solstheim DLC I saw this again from General Carius' "Letter to Imperial City" in Fort Frostmoth.

Are there any other instances of "Imperial City" being used instead of "the Imperial City"? For those who play in German, French, etc., was this the same in your languages in Petronius' dialogue, or was this an outlier in the English version? If it is not an outlier, it is interesting that there is some level of inconsistency in how the Imperial City is referred to (though mostly I suspect it is just a very Americanised way of referring to it that I find grammatically jarring).
#1 January 7
2 Quote
Home Forums English Lore
Sign In or Register to comment.