The heroes of the "Lonely Ebon-heart Club Adventuring Band"

orion_1981usub17_ESO
✭✭✭✭✭
Welcome Strangers and feel free to try to get out of your chair, while I wet me whistle with some good Nordic Mead, brewed with real Nords, and then tell you a tale of a hearty group of adventurers the likes that Tamriel seems to have need of so often. Well... well what I mean is that it seems everyday of the week that another Deadric Prince wants to muck about and steal all the good cheese, or some silly named doom cult that dresses in boring black robes, with an overly complicated theology that always boils down to "I am basic bad guy"; seeks to terrorize the people instead of making things interesting like teaching them all to walk on their heads and talk with their rears, now that's a worthy endeavor! So anyway when these tedious conundrums pop up so regularly it behooves the local tyrants in power to put an end to end the fun as fast as mortally possible... ENTER ADVENTURERS... These lucky few, or unlucky most the time if I were an honest story teller, get to go around and suffer the dangers for all the boring ordinary folks hiding away on farms or in cities waiting bravely for the troubles to pass that they may shake their fist and thump their chest and say "what a brave band of adventures passed by and were all horribly burned alive, to a crisp, by a randomly passing dragon which wonders if crispy Argonians make good bedtime snacks?" Always trust the little folks to kiss your behind and hide away like good little folks waiting for the more important folks to have all the fun!

So for the bean counters in second era of Tamriel there just happened to be such a band of merry folks that I find worthy enough to tell a tale or two about their endeavors, and Trust me I'm not alone during this time every one was mucking about in Tamriel, which isn't all that extraordinary when you think about it, it was probably just a normal Turdas. But what wasn't normal was that one of the Deadric princes had decided to try to steal the whole thing with the cheese and all, by tricking some rather arrogant and ambitious local tyrants into attempting to cheat on a test in the middle of a four war with the help of an untrustworthy necromancer, who happened to be a leader of a silly named black robed doom cult. Why did they do it? For giggles I suppose, that's why I would have done it. Anyway these five fools set of a chain of events leading to beautiful chaos with everyone fighting everyone and many avenues to play games, take wagers, and gain a few rewards for myself, oh the sobbing... Ahem, Where was I? Oh yes, the Band. Hold on, were you trying to get me to tell the story before I introduced the characters... shame on you... But maybe I'm not the one to tell you about them, you see there are a lot of folks who took an interest in this particular band and its likely best they tell you their favorites... Which of course means your gonna have to meet them all.

In no particular order, starting with the leader and working down; there was the delectable maiden Irixii Tual'watha, the fiery Z'ress Del Skikudis, the intrepid Kattia Well-Dipper, the genius Laelth The BANISHED, the frightening Trogar Gro-Vosh, the deadly Juels Beagon, the sinister V'lolthuarea Demorea, the stoic Stygious, the boisterous Bjornvulf and his frigid sister Arial the cold, lastly and leastly the extraordinarily difficult to find Hides-From-Name, I found him quiet easily thank you. Let me take a breather, I was running out of Thes to use. Did I get them all.... Nope, plucky Kazeria, whos just plucky to be there I guess. So that's the band, I'll let the others give you a better introduction before I get to the stories, So do try to survive listener, I'd hate to lose you... 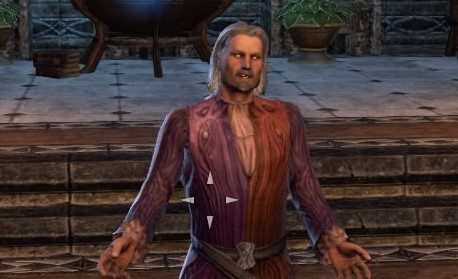