Home Forums Crafting
Sign In · Register
The Markarth DLC and Update 28 base game patch are now available to test on the PTS! Read the full patch notes here: https://forums.elderscrollsonline.com/en/categories/pts/

midgetfromtheshire
✭✭✭✭
So it looks like we will be getting the Maelstrom outfit style with the upcoming Orsinium anniversary.

Hopefully we will get the Master style sometime as well. 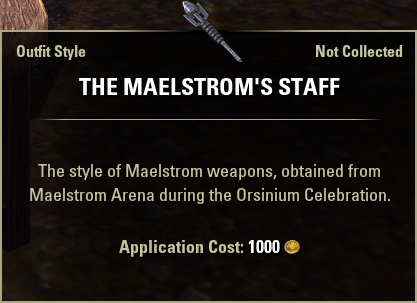