Xbox NA Shor: This continues to be not right, at all. 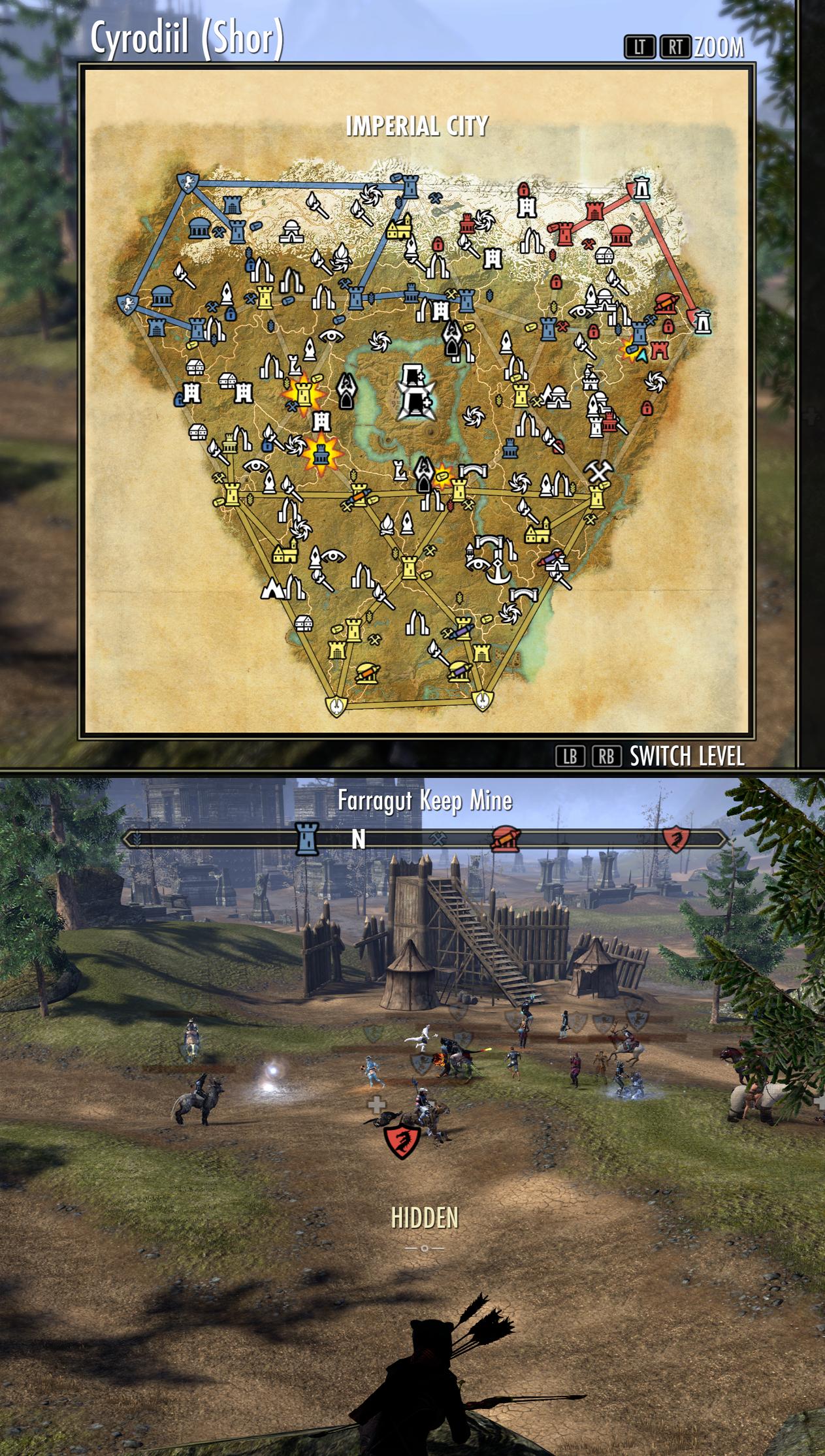 This is prime time. Blue and Yellow have pop lock, Red have two bars, which is still more than enough to compete, yet we were STRUGGLING just to hold onto our Gate Keeps. As usual, we were being double teamed. A blue zerg was holding Farragut, farming us and a Yellow zerg had just prior been pushed out of Kingscrest. If ESO had a heat map of all battles fought, the Pact home Keeps would be the brightest blaze in all of Cyrodiil as the majority of the fighting I've ever seen happen occurs there around Kings, Farr, Arrius, BRK, and Chalman. You can even see that the Yellow's have a territory advantage at that moment against the Blues, but instead of pushing back they insist on farming at Farragut, against the Faction that has nothing.

I just want to know.

Why do you people do it? Why do you always form farm groups and bomb groups and ride across the map to Arrius and Farragut? Why do you always harass our home keeps while leaving your borders between Ash and Roebeck completely ignored? I still catch you blues and yellows fighting one another but you always bring those fights over to us instead of around your own fronts. The majority of the time when the Blue and Yellow DO fight its when their two farm groups happen across one another while farming the Reds. This is supposed to be a three way free for all but there's absolutely no denying the existence of Team Green on Xbox NA and I just want some kind of reason or answer behind it all before I go 100% nuts.
CP1,500+ Master Explorer - AvA August Palatine - Console Peasant
#1 January 2019
0 Quote
Home Forums English Campaigns
Sign In or Register to comment.