with our newly gained ability of transmutation and the (most likely) upcoming transmogrification system (style/motif changing), I would like to take a look at how crafting can become more meaningful, useful and social. For this I have come up with a draft for a concept to overhaul the integration of crafting as a service and it's ties into economy of ESO. Most of this will mainly be applicable to gear, less so for consumables. I want know how you guys feel about these ideas, which of these ideas you can see working for ESO and which seem not feasible or unfitting for the game.

A look at the current state of crafting and upcoming additions. What is there that crafting provides to players?

Currently available
New features known and/or assumed to be arriving in the near future
What kind of service can a crafter provide to other players with the given mechanics?
When we look at this we can see that there really isn't all that much to do for players who would like crafting to be an integral part of how they want to play ESO and assist other players. Additionally, what crafters can do for other players is limited by factors such as items being bound to the potential client or friend in need. This is prohibiting a lot of potentially beneficial player interaction. The following idea for improving this really isn't something I came up with myself but seen in other games and so it may seem familiar to some of you.

Add a service section to the trading menu in which bound gear can be slotted for interaction with another player. In this section a crafter can provide the following services for the desired item
Additionally, with the earlier mentioned upcoming addition to crafting, the following option could be possible as a service to another player:
Before the service is completed both sides get to review the changes to the gear and negotiated payment (or not) and have to agree that the the outcome will be as desired and agreed upon.

This is really the whole core to this suggestion and I believe this would make crafting so much more meaningful and important to everyone. To the master crafter himself as he can now provide meaningful services to everyone, and to the player that doesn't give a damn about crafting because he'd rather be out there delving the next dungeon or waging war on the battlefields of Cyrodiil.

This would also create a new market for services next to the market of goods. These two markets can exist side by side and benefit from each other. Players could buy gear of certain types on the market and bring them to master craftsmen to have them adjusted to their liking.


Of course now one must ask - How will this work? What would a system like this look like? Down below I list the two main question of how it will work and also provide some options to how I could see it happen.

For this I would suggest that next to the slot for the item that is to be serviced, resource slots will be present for both resources of the buyer and/or resources of the crafter. Resources of both parties could even be pooled together like this.

Lastly, here is a quick and dirty mock-up of what I envision it to look like. Obviously the devs would have to do a much better job at this then I did...I hope this subject will be of interest to many and can get an interesting discussion going.

edit 1: Forgot to add transmutation crystals in the mock-up. Just imagine them being supplied by either side or both side combined! 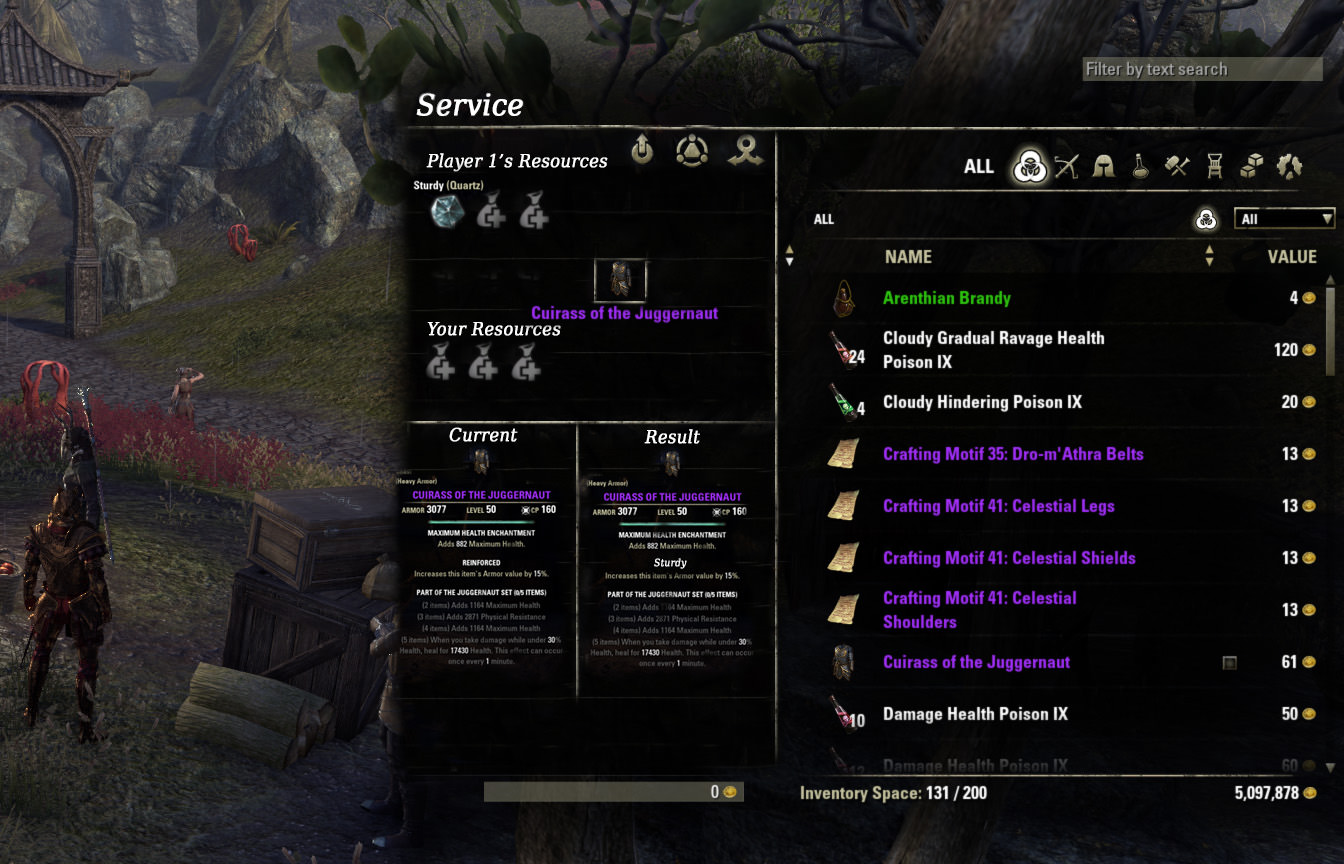 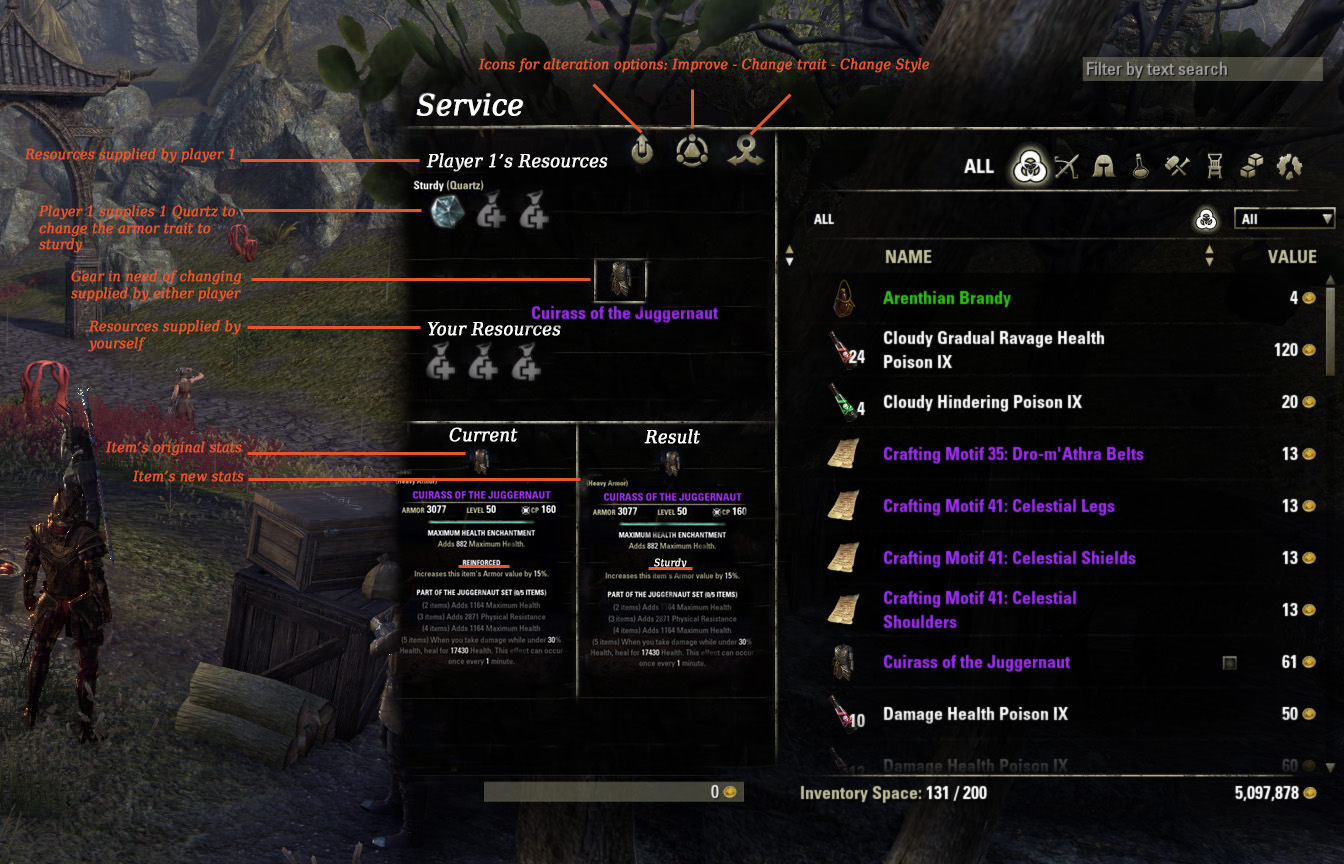