Home Forums English Dungeons, Trials & Arenas
Sign In
The Firesong DLC and Update 36 base game patch are now available to test on the PTS! You can read the latest patch notes here: https://forums.elderscrollsonline.com/en/categories/pts
Maintenance for the week of September 26:
• PC/Mac: No maintenance – September 26

A Letter to @ZOS_finn and the Dungeon Team

Oompuh
✭✭✭✭✭
Dear @ZOS_Finn and the members of the Dungeon Team,

First, I'd like to thank you guys for the many hours my friends and I have spent in your 4-man group dungeons. As soon as I was able to get into Banished Cells on June 2016, shortly after Xbox Release, this became one of my favorite games to play. My friends and I completed all the 4-man content Vet and Normal. They were fun times. Then IC came out, 2 new dungeons, difficult dungeons. It took us a lot of time, but we beat both of them shortly after the first nerf on console. I respected the difficulty, but others didnt. 3-4 nerfs later we have the WGT and ICP of today. So easy that there is no need for a tank, or a healer, or mechanics.. just go in there burn and leave. I got over it, it was old content and people just want the helmets and the drops now, fine.

Fast forward to yesterday's ESO Live: You were asked a question about the difficulty of these two new dungeons and you said you were "aiming them to be around the difficulty of the CURRENT ICP AND WGT and "that they might be a bit more difficult than ICP on the PTS but they will be nerfed before Live. Why? Why do we have to have new content nerfed before it even comes out? Can we have some difficult 4-man content in the game or do people have to result to trials to get some resistance from the mobs?

I wonder if you guys have seen this video internally, it is by a YouTuber called malahkaisle (If you read this, let me know your forum name as well). This was before your nerfs to WGT 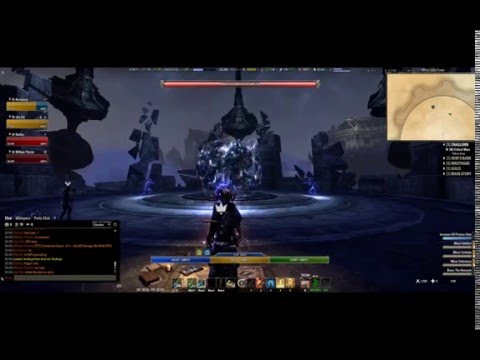 And you want your new content easier than this? Let's get some difficulty back in this game, please.