Home Forums English Player Guides
Sign In
The Firesong DLC and Update 36 base game patch are now available to test on the PTS! You can read the latest patch notes here: https://forums.elderscrollsonline.com/en/categories/pts

Some advice for Templars and in general. (Includes videos)

Draxuul
✭✭✭
Ok so eversince i`ve joined the forums , some weeks ago, i`ve read many threads regarding Templars and in most cases , those threads were from people who think that Templars are not powerful enough.

Both are Templars , yet the gameplay is entirely different from one to the other. One is 100% melee, the other is 100% range. Both are very powerful.

Now when i say powerful, i`m not reffering to damage. In fact they are both pretty weak in the DPS departement. But when it comes to survivability, they`re both really hard to take down. They can both solo world bosses of their own lvl as well as Dark Anchors of their own lvls.

So when i see people making threads about how Templars need more of this and need more of that, i can`t help myself but to think that those people are simply unwilling to make sacrifices. In other words, they just want to be strong in every areas and have 0 weaknesses.

Well this wouldn`t be a game if you didn`t have to make choices. There is no doubt in my mind that every single class and every popular builds in the game have weaknesses . The thing is that a well built character , no matter the class, can successfully compensate for those weaknesses if said character is being played in a smart way.

My characters for example , i built them to have strong magicka regen and strong heals. In order to do that i had to sacrifice somewhere so i thouht, ok well i don`t need HP regen at all, as long as i have magicka , i can heal myself and so HP regen is absolutly useless.

I also sacrificed damage by choosing to use abilities that don`t cost too much stamina and or magicka, and i`m using a spell which i can`t remember the name but it boosts both my HP and Stam regen by 80% when cast and 15 % simply for being slotted. So yeah i`m sacrificing a skill slot for that but my HP and Stam regen problem is pretty much covered right there.

Now i also craft my own gear which is something that i absolutly recommend to everyone , no matter your class. It allows you to choose exactly which traits you want as well as which set you wish to wear and will ensure that you`ll always have all 5 pieces of your desired set. If you don`t craft your own gear then you`ll either have to spend countless gold to buy it from other players or if not then you`ll be forced to deal with whatever you find.

And finding 5 pieces of a set can be a real pain . On top of that , chances are that all 5 pieces will be of different lvls. So yeah, again, i highly recommend spending the time to research traits and gathering materials so you can craft the set that you want and that will best complement your build. There are sets for every kinds of builds. It doesn`t matter how you built your character, i promise you , just look around for set crafting stations and once you start making your own gear you`lll never wear a piece you found ever again.

Also you`ll want to focus your gear enchantments on 1 or 2 stats , not all 3. just like everything else about your build, you want to be strong in 1 or 2 areas at most. If you spread your points allover the place you`ll end up being weak allover the place and thats when you`ll come here and make threads about your class needing more of this and more of that.

When it comes to combat, if you don`t use weapon swap, then this is an absolute must learn for you. In fact you should put that on top of your priority list. Start by practicing with easy mobs. And then once you get the hang of it , practice with harder pulls and once you`re a pro, keep swaping weapons in every fights to keep your mind and your fingers sharp even when it`s not necessary to do it . That way you won`t get lazy pressing the same 4 buttons for too long and forgetting which skills are on your second bar .

Plus if you plan to do PvP at some point , if you don`t use weapon swap, you`ll be at a major disadvantage over those who use it . And in that case, you won`t be able to blame your class , the blame will be on your own unwillingess to take advantage of the tools offered to you.

Now back to templars, their major advantage is the fact that they have access to heals without having to sacrifice a weapon slot . That by itself is a huge advantage . It more than makes up for the lack of multitarget CC or their lower DPS. But then again , there are ways to build your templar to become good with DPS, just maybe not as much as a sorc or DK or NB but you can still be good at it and even if you choose to build 100% for DPS, you`ll always have access to some strong heals.

But once again, if your goal is to be strong at everything and have absolutly no weaknesses, then you`ll fail everytime and it doesn`t matter which class you play.

Templars are a powerful class because of their heals and there are many ways to build him to improve magicka regen despite the fact that the class itself doesn`t really offer any passives that boost magicka regen. Heavy armor has a passive that helps, light armor has passives that help . You can use magicka regen on earrings and necklace plus you can use drinks that will boost your magicka regen for 30+ minutes. Plus there are sets of gear that give lots of magicka regen. The set of Magnus to name one. I love that set. And then there is the mundus stone of the Atronach that gives a boost to magicka regen and if you use the Divines trait on all your gear then this boost goes up by 24.5% on all white gear and can keep going up if you upgrade your gear to green or better .

So anyone who claims that their class isn`t strong enough at a certain thing, i only have one thing to say to you. You`re not trying hard enough. This game already offers you countless ways to customize your character`s build. It`s up to you to find the build that suits your needs. Keep working on it , keep trying new things , keep making small changes here and there to see if you improve or not .

Another thing i like to do with both my characters is to test myself by entering group delves and see how far i can get before i die or if i can even finish it . I also like to solo every world bosses that i come across and i also never miss a chance to try to solo a dark anchor when i see that there is no one around.

If i fail then i make a few changes to my build and then i try again. Or i can simply just try a different strategy right away.

But now enough talk . I have two videos i wanna show to prove that Templars are very powerful. One video for each character.

My Vr2 will be soloing an anchor . He does die during the fight but not for the reason that you might think lol. It`s actually rather funny .

Now i would never claim to be the best Templar on the server , but i am one of the good ones . I`m happy with my builds and with the things that they can do. If you`re not happy with your own Templar, i promise you that there is a way you can tweak him to make him suit your playstyle better.

But please, i beg you all, whatever you do , please stop asking Zenimax to give us more of this and that . Because this would simply ruin the game for a hell of a lot of people .

That being said, please enjoy the videos. 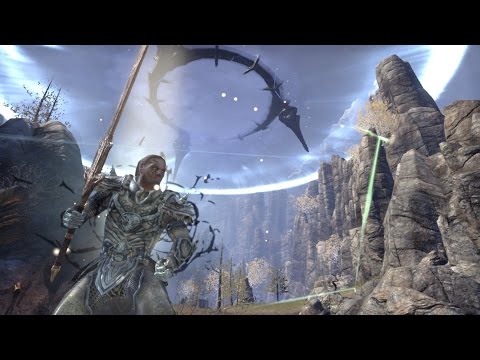 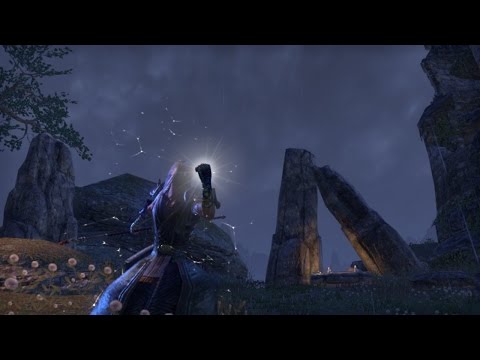 I seriously hope that this message will help certain people.

The Prophet once said :``There is no perfect choice , there are only other choices. ``

Same goes for your build. There is no perfect build, there are only other builds.

My name is Draxuul and i approve this message .