ZOS_Kevin
admin
Hi All! With Jester's Festival in the rearview mirror for 2022, we're sharing some of the stats from the event! Seems like y'all have a great throwing arm. Check out the stats below and let us know your favorite part of Jester's Festival. 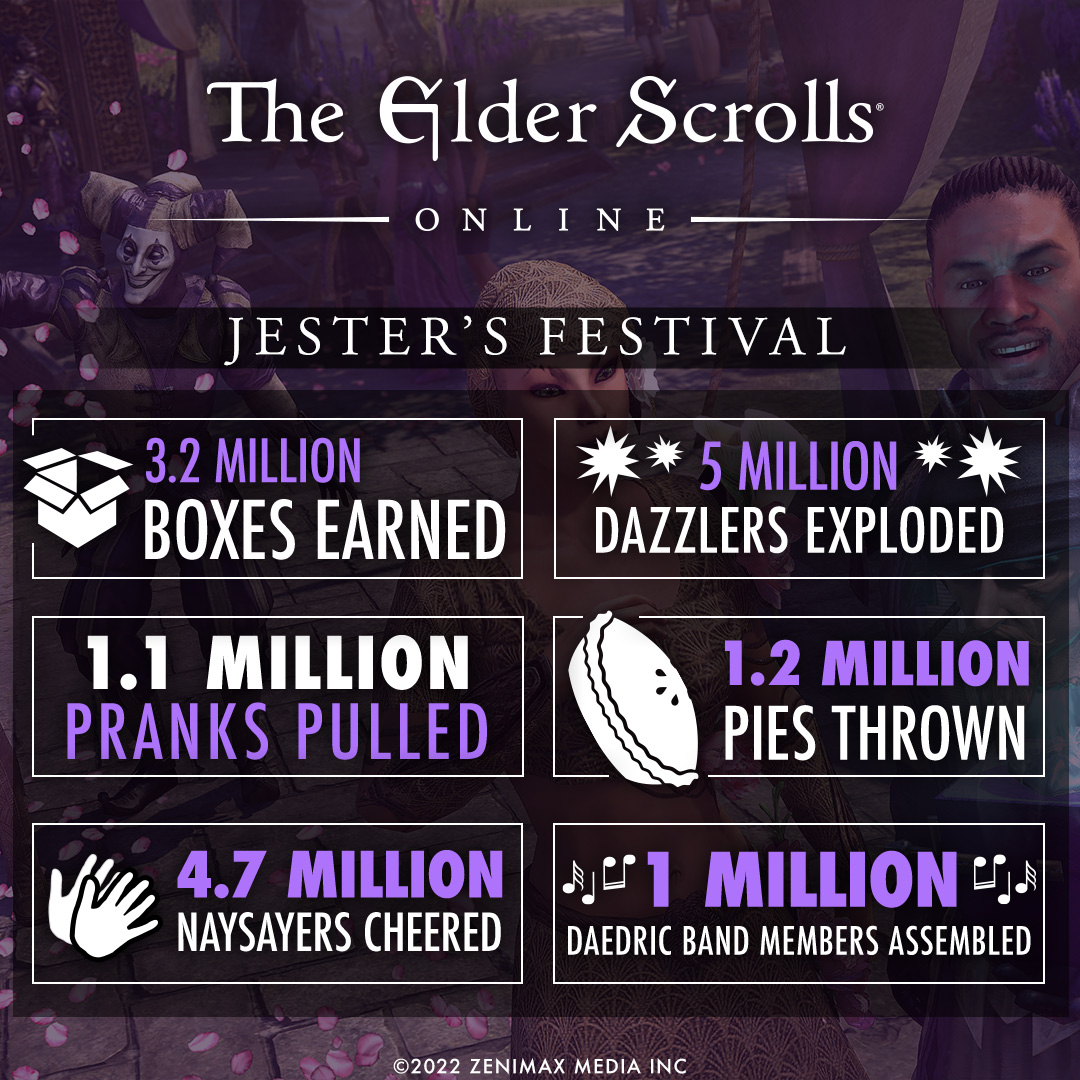