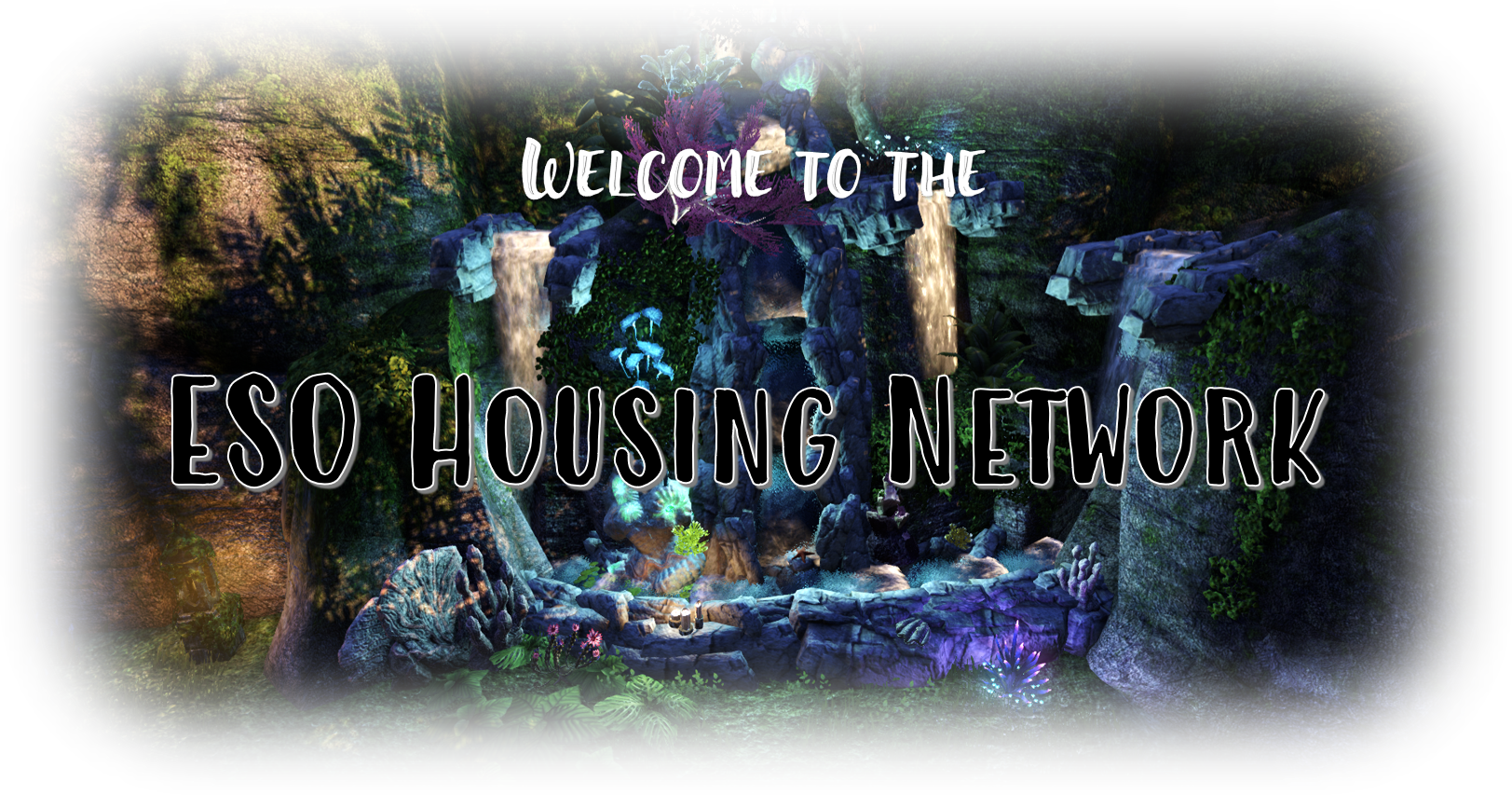 Do you love housing but aren't part of any housing guilds? Would you like to connect with the ESO housing community at large in a place where you can show off your creations, offer tips and ideas, and take part in events that are open to everyone?

Then join us and become part of the ESO Housing Network!

This is a cross-platform Discord server for the entire ESO housing community where you can exchange ideas and share pictures of your homes, organize events, visit each other, and have fun!

We would love for you to join us, regardless of which platform and server you play on, and invite your friends and guild mates too! Just use the following link to our Discord server:

Our in-house bot, Stuga, is ready to welcome you to our server and help you out with all your housing-related needs, because do you know how long she has been looking for you?!

Partnership:
We would love to partner up with you so that you can promote your housing guild, Discord server, or Twitch channel on our server! You are welcome to join our server and get in touch with us if you are interested in becoming an official ESO Housing Network partner.

If you have any questions, feel free to ask us on the Discord, or reply to this thread.

[Edit]
Recent updates:
11/8/20: We now have a "Decorating Services" channel where you can advertise yourself as a decorator for hire, or look for a decorator to furnish your homes!
Edited by Lariana on March 24, 2021 12:20AM
Not even daedra have two left feet!
#1 December 2019
8
Home Forums English Housing
Sign In or Register to comment.