Breakinger
Soul Shriven
Hello everyone! so this is my first post and I wanted to ask the community what you think we'll see in future? what regions we'll explore next and how will we experience them? (PvE, PvP).
I drew my own take on this matter over the map from Game-Maps.com. Let me know what do you think of this and share your own thoughts on the future. 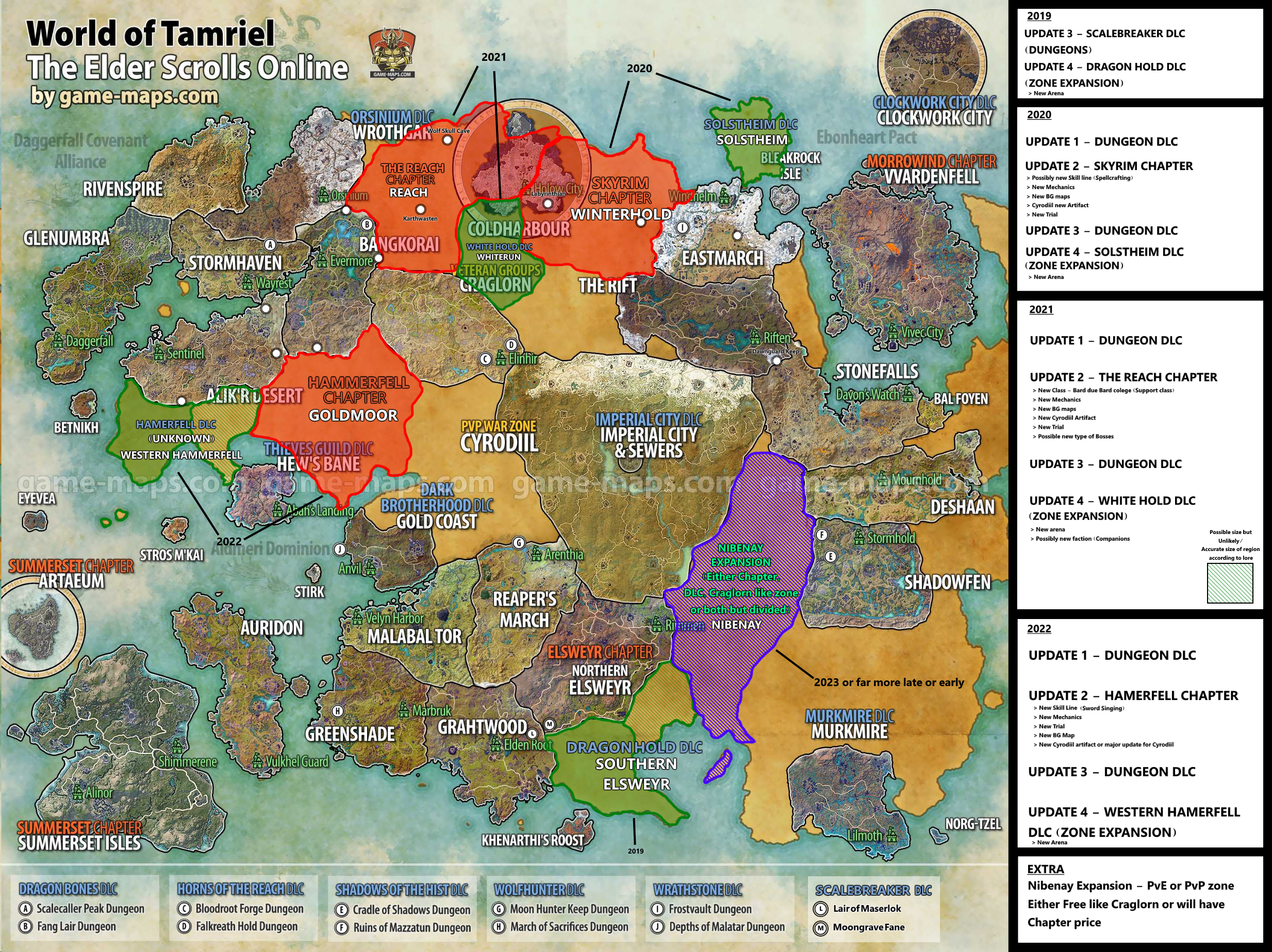 The spoiler on map: I also think there could be the same update as I showed on Nebany area. Colovian Estates that is.
About Black Marsh, I don't think they'll do a major update in near future for this region due to Murkmire being fairly fresh. Same with the Morrowind. But hey, I might be wrong (And I'm surely am knowing ZOS).
Also, edit that Skyrim update might come in 2021 instead due to 10 years anniversary.
Edited by ZOS_GabeS on March 25, 2021 1:59PM
#1 July 2019
6
Home Forums English Community Creations
Sign In or Register to comment.