Home Forums Community Creations
Sign In · Register
Maintenance for the week of May 10:
• PC/Mac: No maintenance – May 10
• ESO Store and Account System for maintenance – May 11, 4:00AM EDT (8:00 UTC) - 12:00PM EDT (16:00 UTC)
The Blackwood Chapter and Update 30 are now available for testing on the PTS! Read the full patch notes here: https://forums.elderscrollsonline.com/en/categories/pts/

ESO-Five: From Alpha to Present (comparison)

HollHearsGlow
✭✭✭
Greetings fellow adventurers!
To celebrate fifth anniversary of Elder Scrolls Online, I set, to make something I've been thinking for years - a comparison!
I take official screenshots and videos of ESO before it was released, from 2012 and 2013, and made my own screenshots of very same places in 2019, 5 years after official release.

Since originally I decided to make it a Twitter posts, they been separated in four volumes, each with small entry words of my. I will keep it same here.
I erect the spine of Gratitude to friends, that aid me in this idea, they are: @roksolana_sowa and @Lord_Umbranox .

Volume I:
Seven years ago i leap into province of Skyrim. But on another side of the world, different project, was lovingly forged to become outstanding jewelry of Elder Scrolls series. 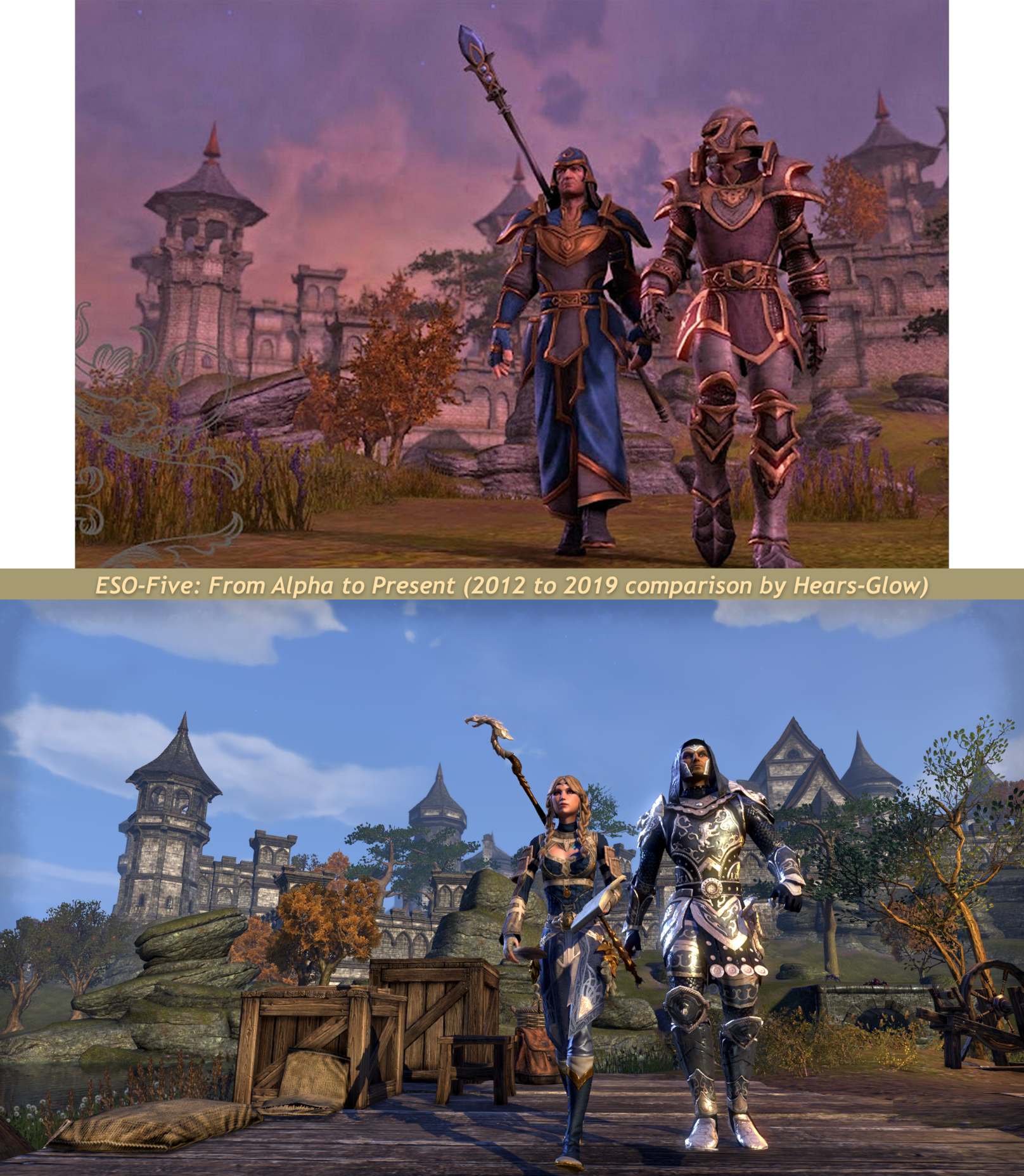 View of Wayrest, Stormhaven (armor doesn't match Breton, which i believe are on official picture, but rather represent what a Covenant soldier can be like those days). 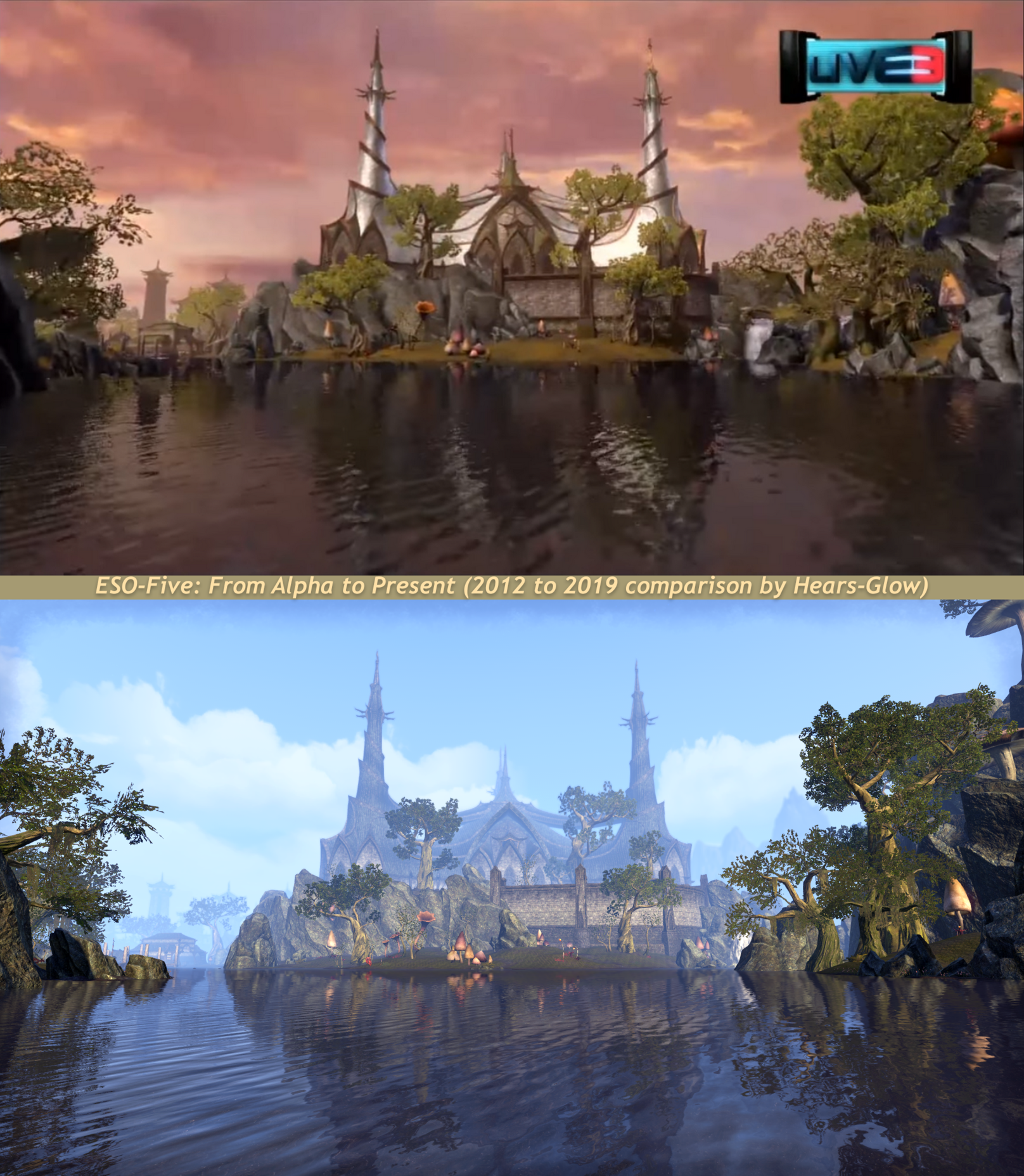 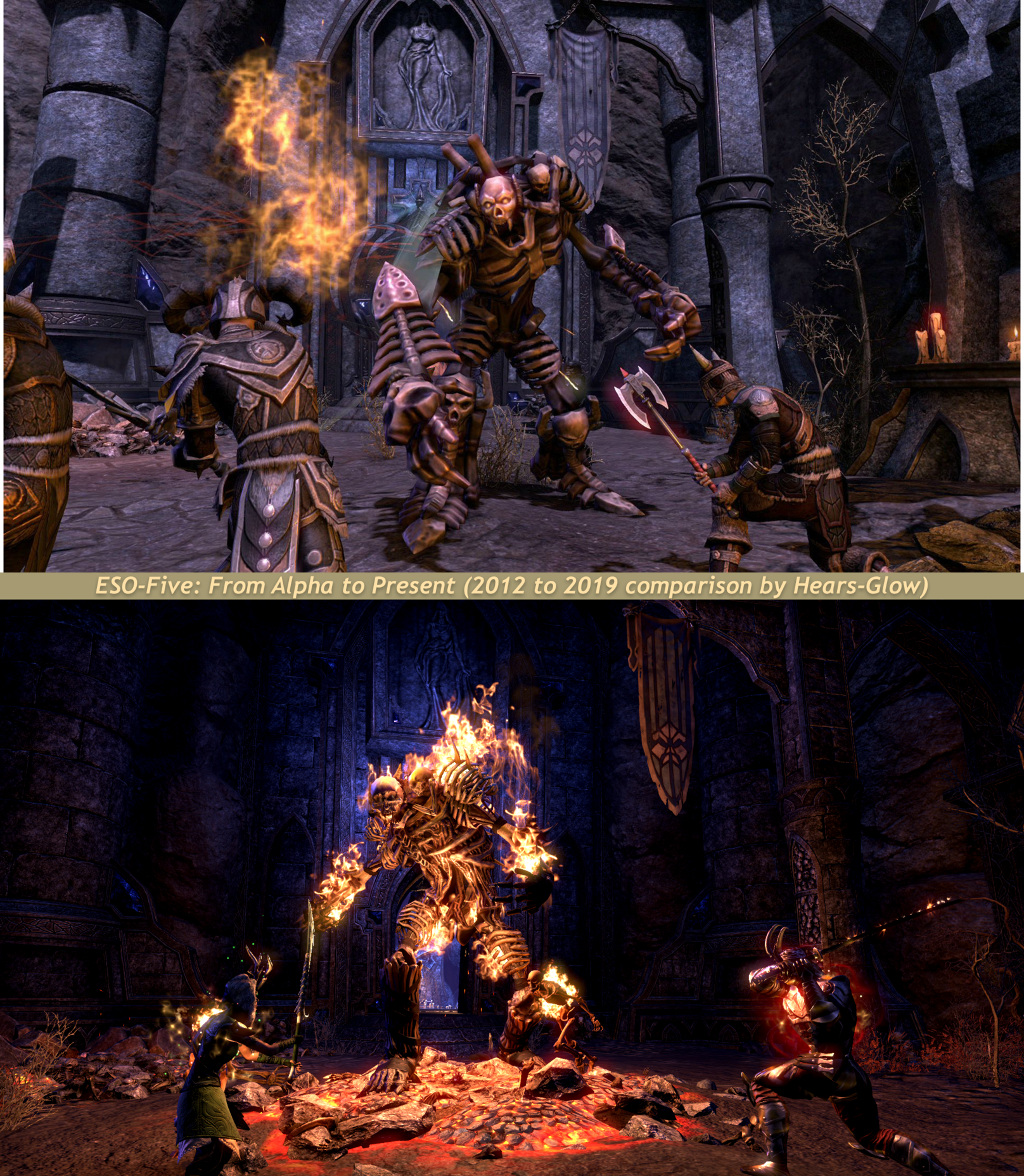 Crypt of Hearts II (however on official screenshots, i believe, is COH1 which is quite dim). 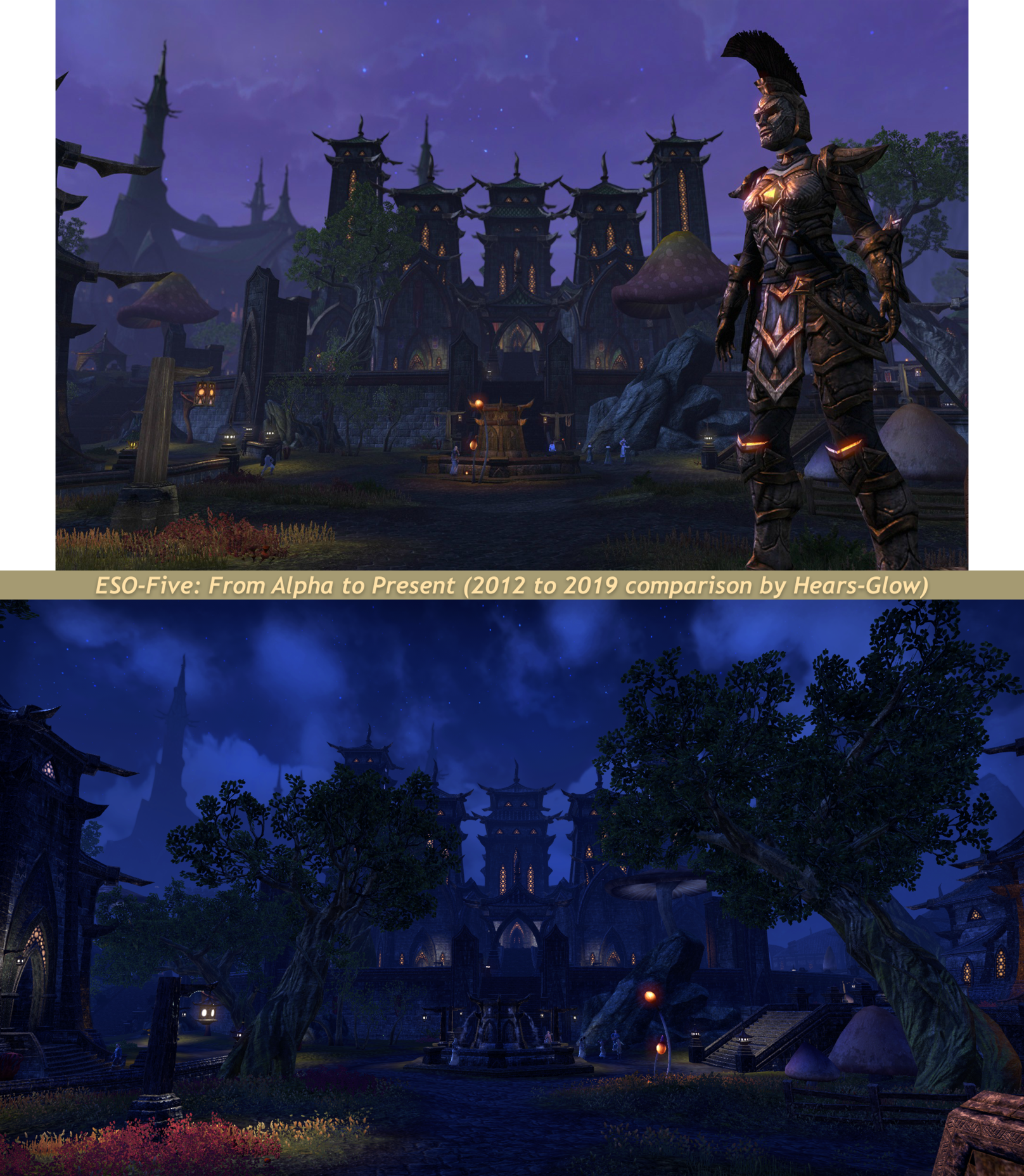 Volume II:
Six years ago, I've meet people behind ESO. And even tho, it's been just a video, i felt like I had chance know them personally, having the feel, best described as: "They making something I want to be part of". 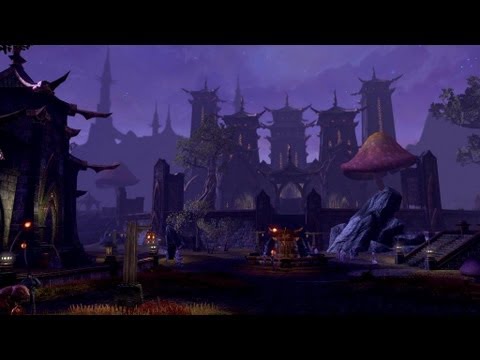 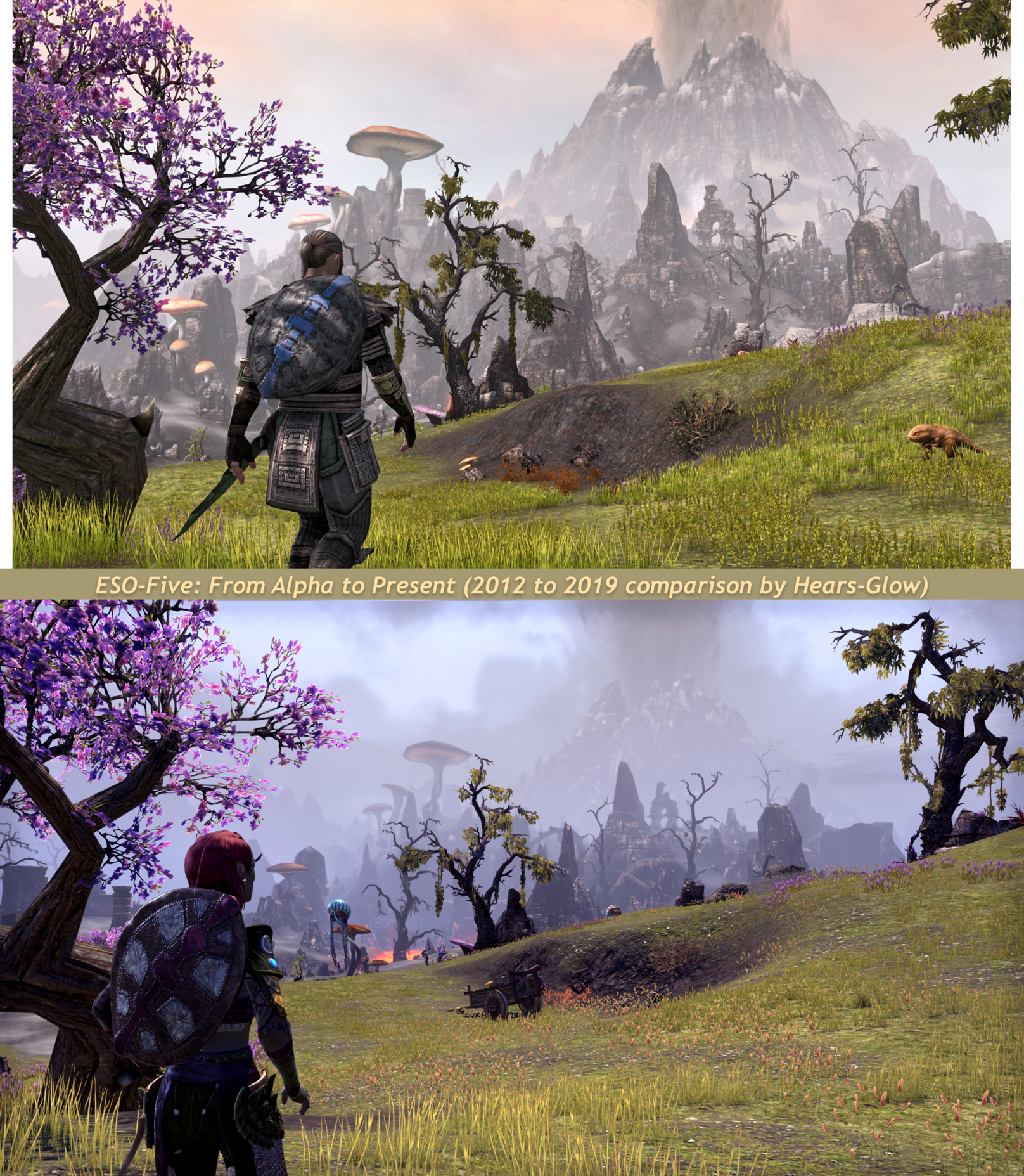 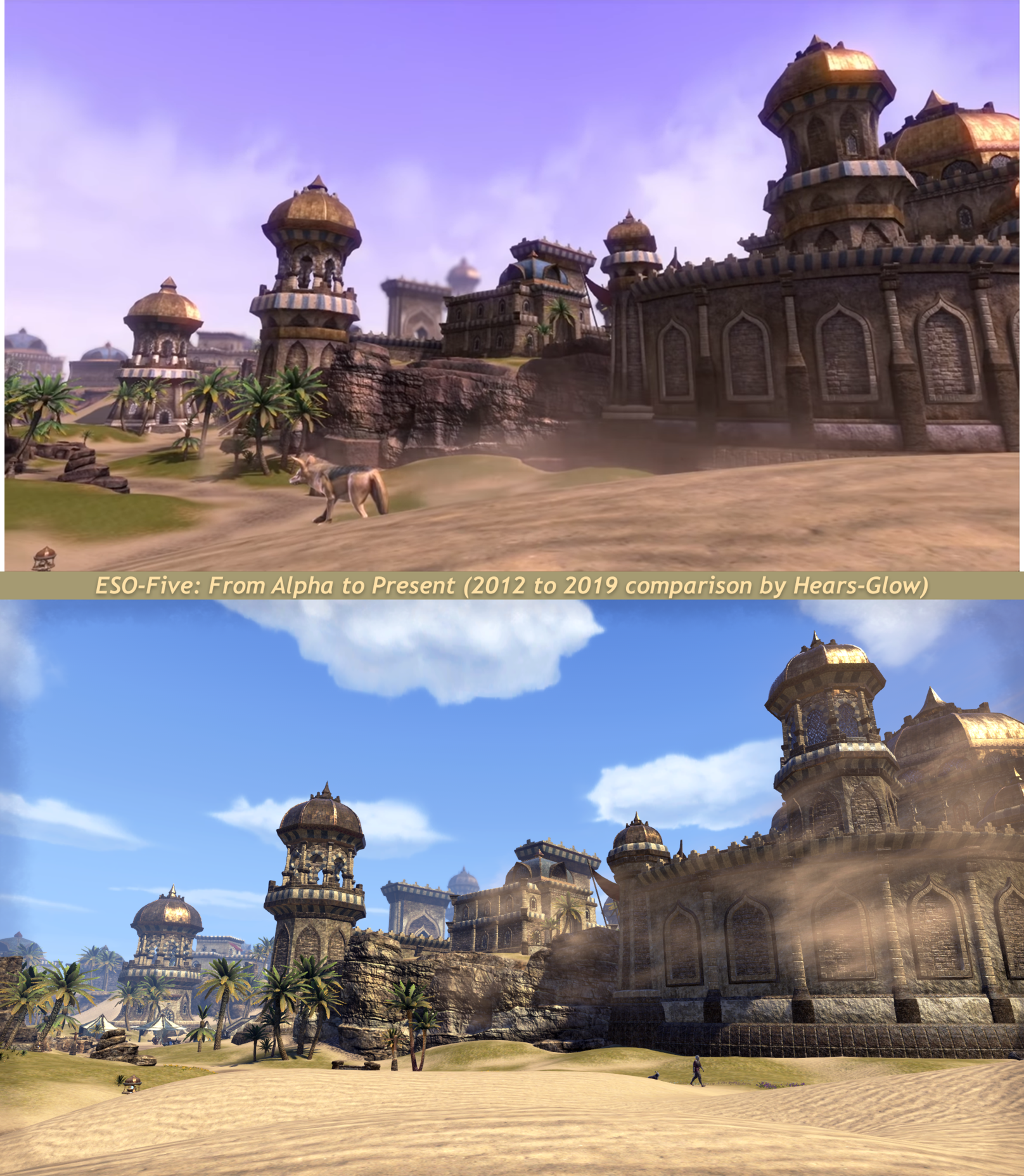 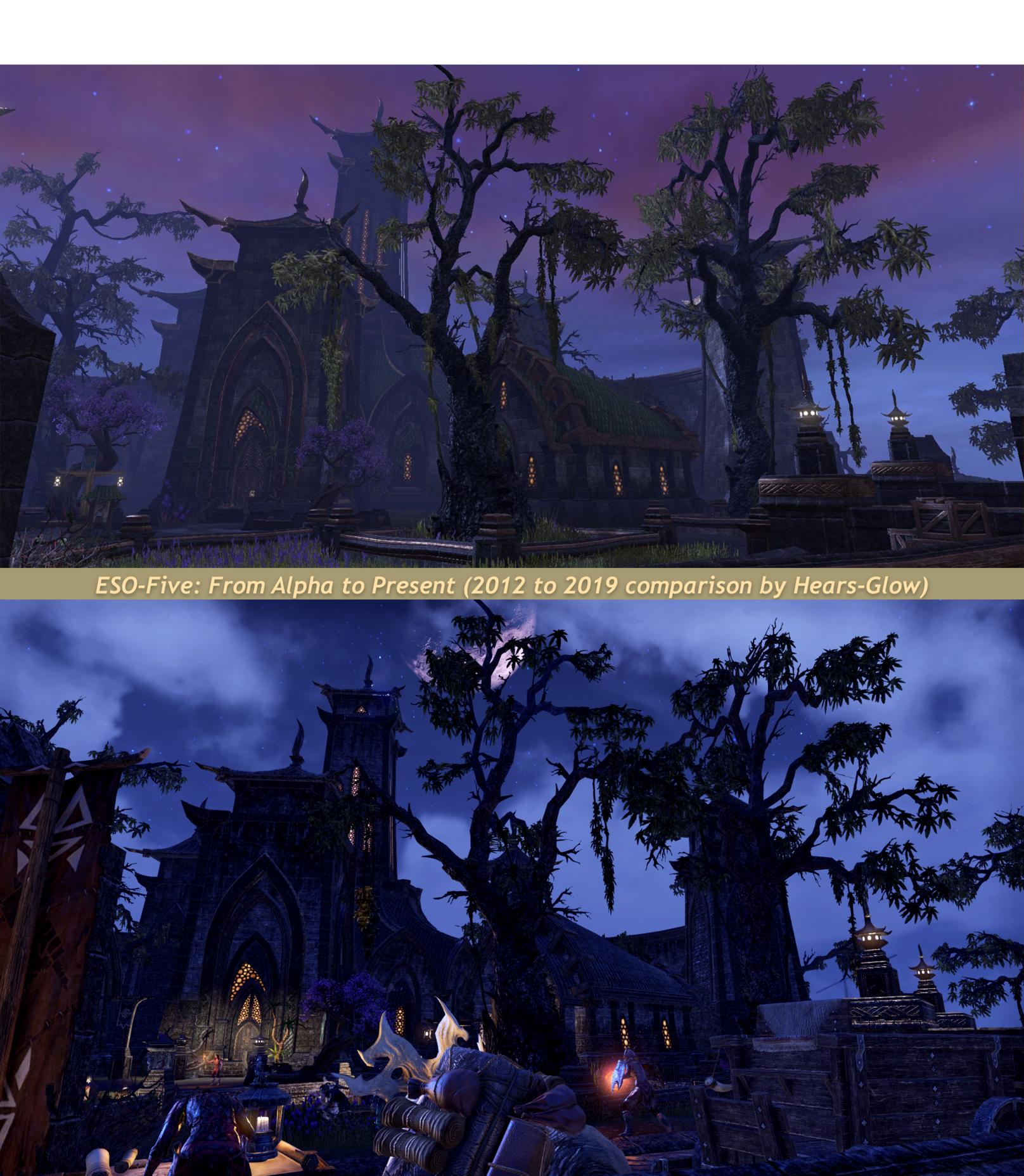 Davon's Watch, Stonefalls (careful, or she will hear you!) 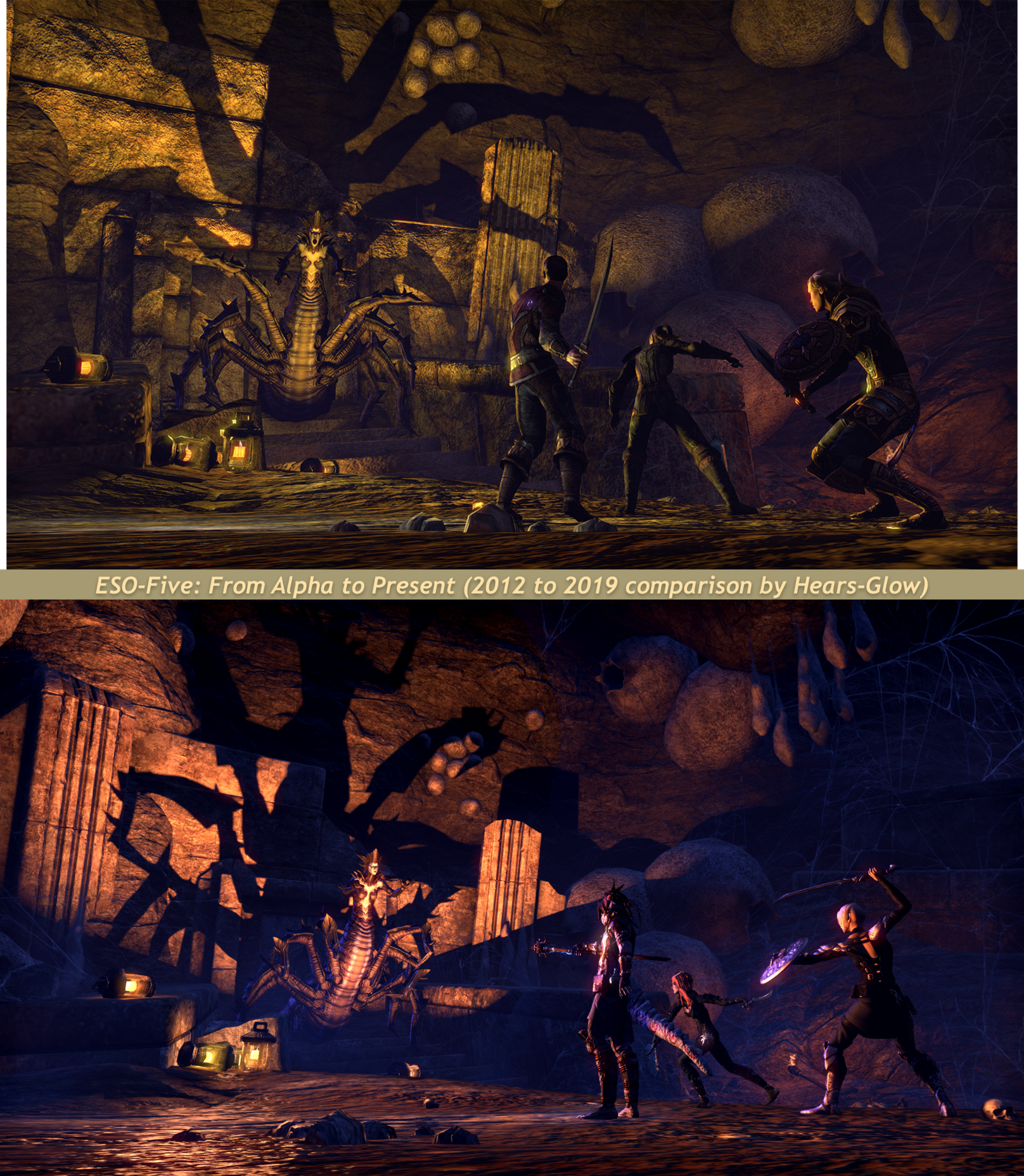 Volume III:
Five years ago, i sit quietly, staring into changing artworks of places I've never been to. Listening Sound-Wizard - Brad Derrick, and thinking: “What am i to do, all this long week, until next beta session...” 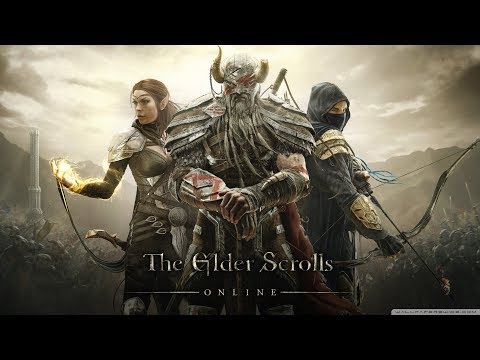 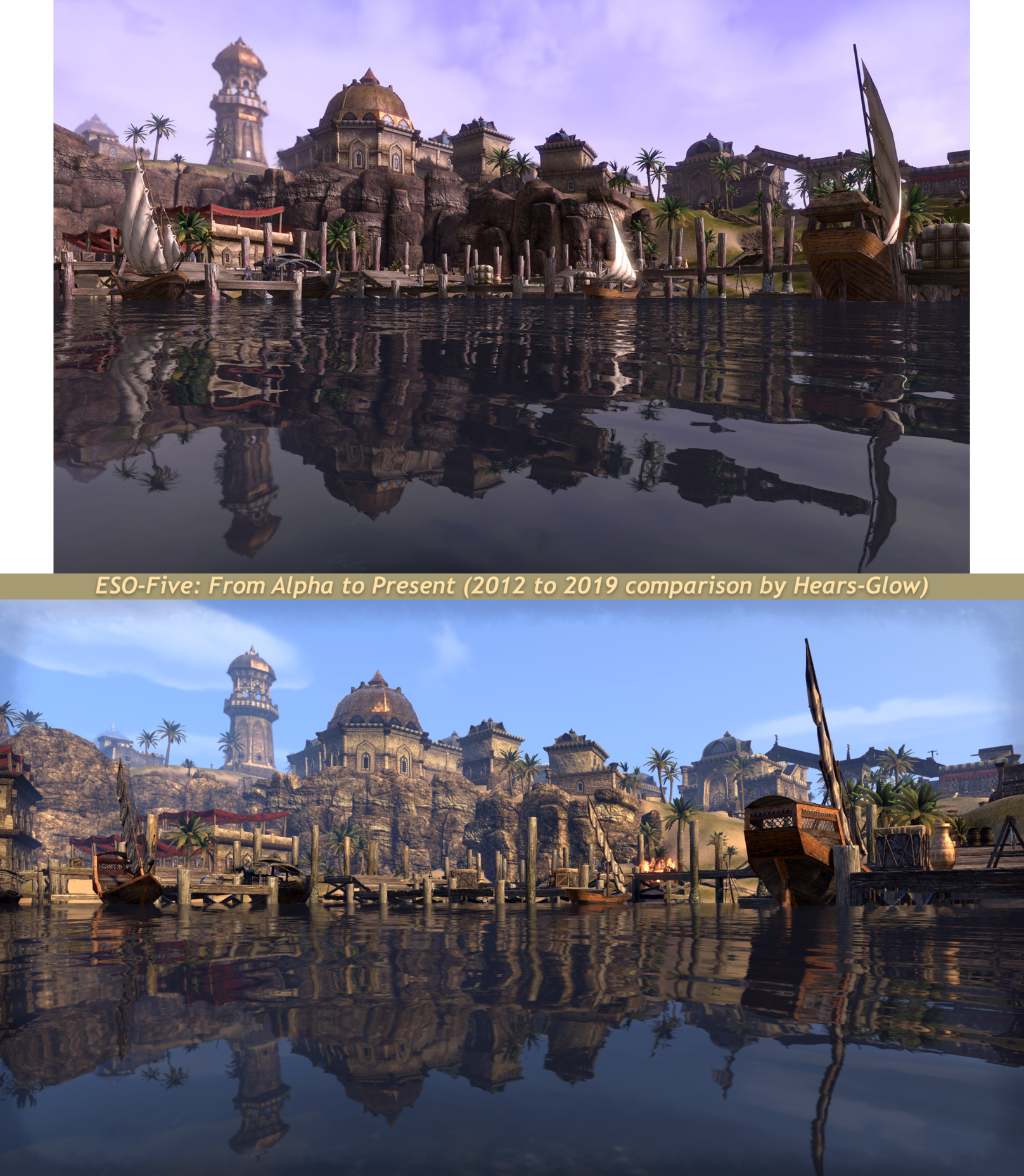 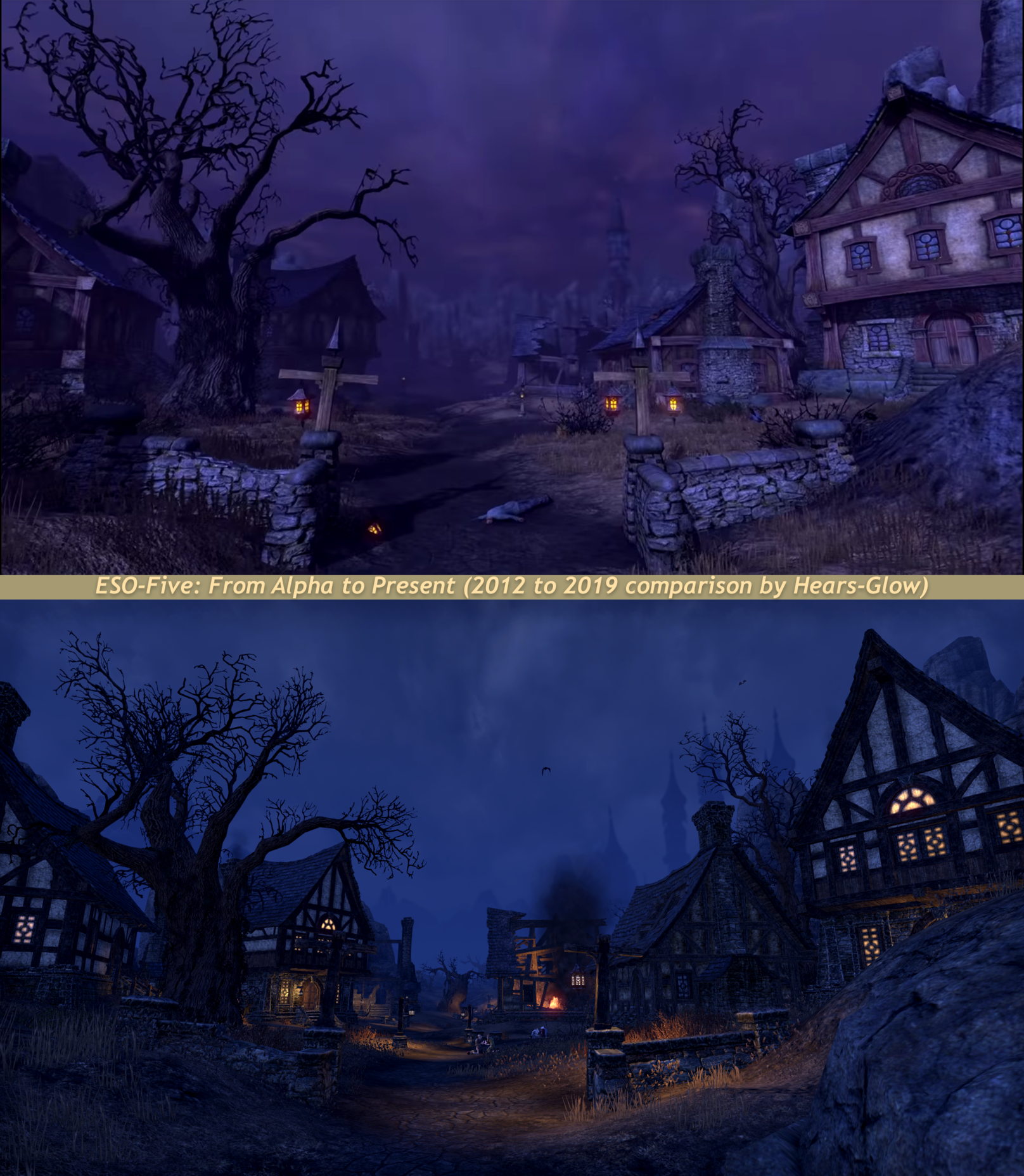 Volume IV:
Two years ago, I've meet very special Bosmer girl, that been living in parallel universe of Nirn for years, until One Tamriel change everything. Thank you Zenimages, for those 5 years, and the world, you gift to us. 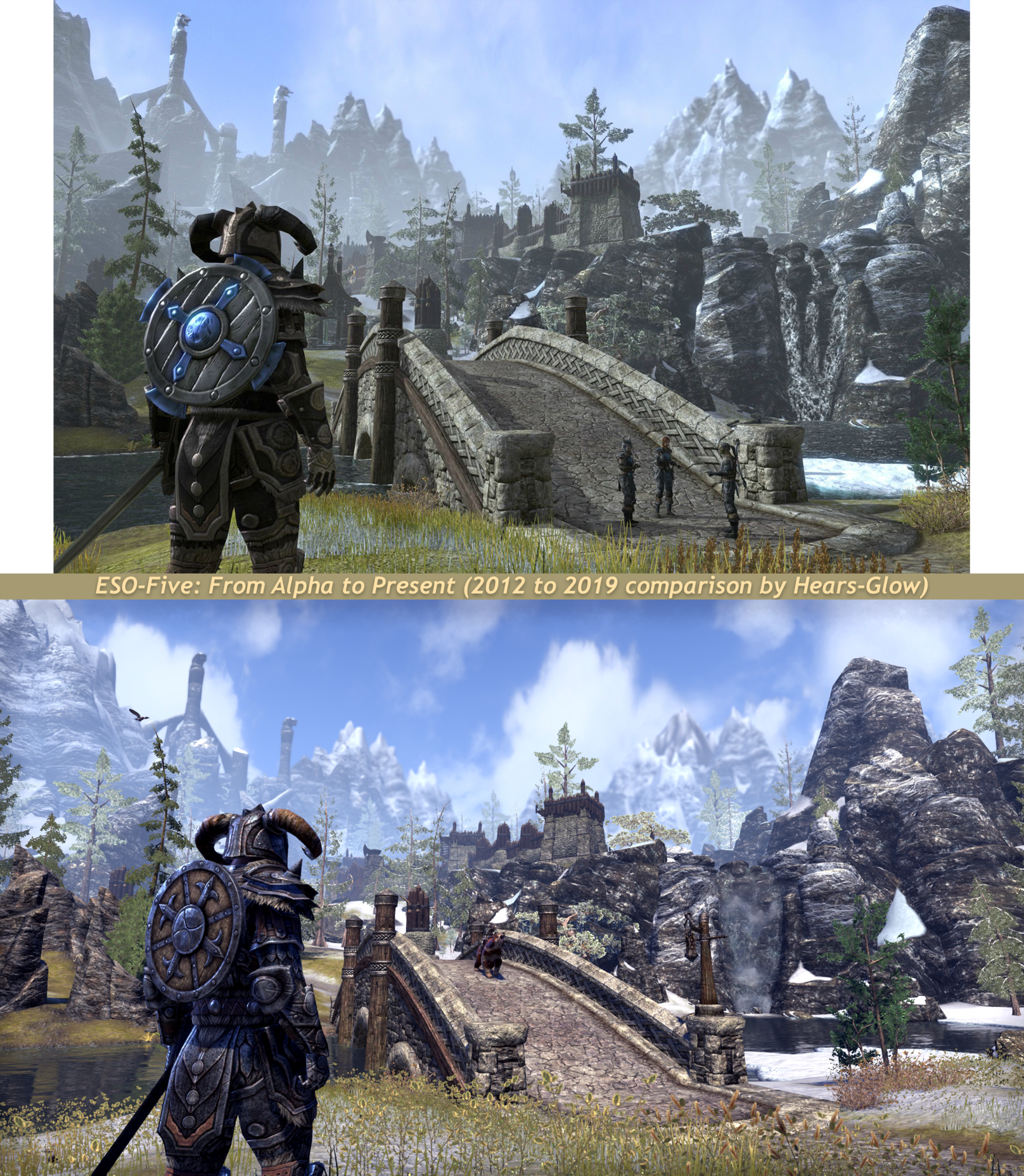 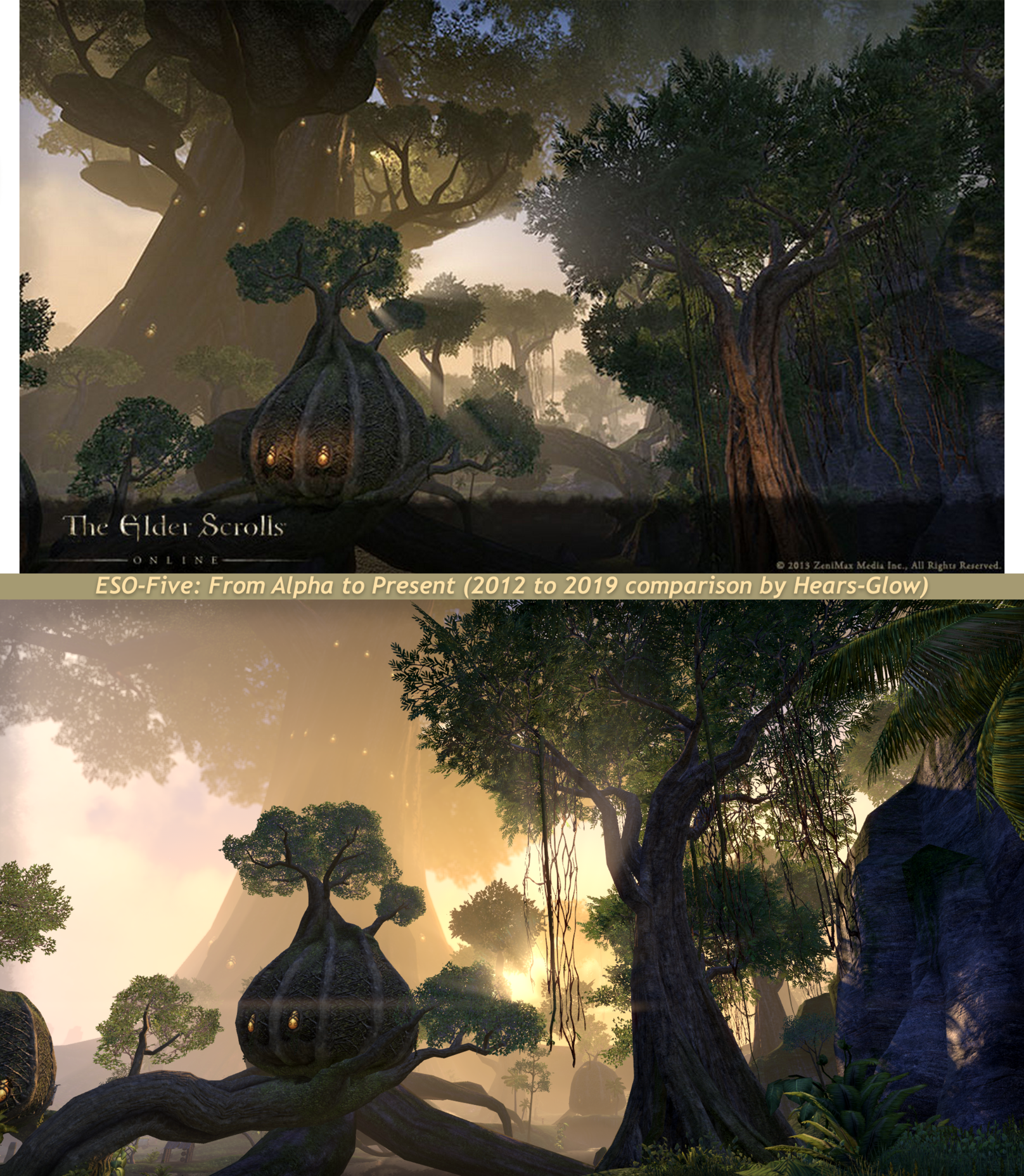 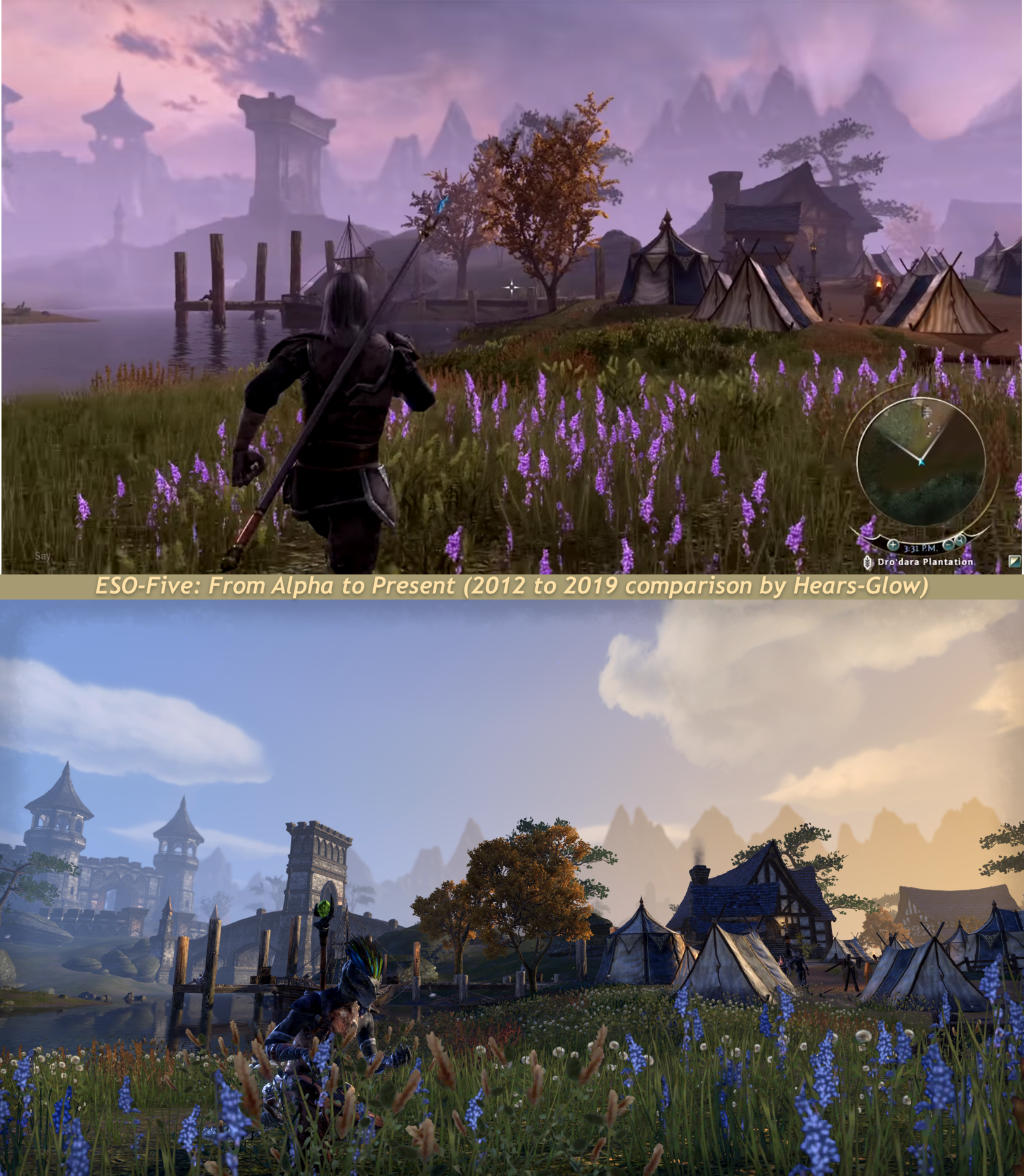 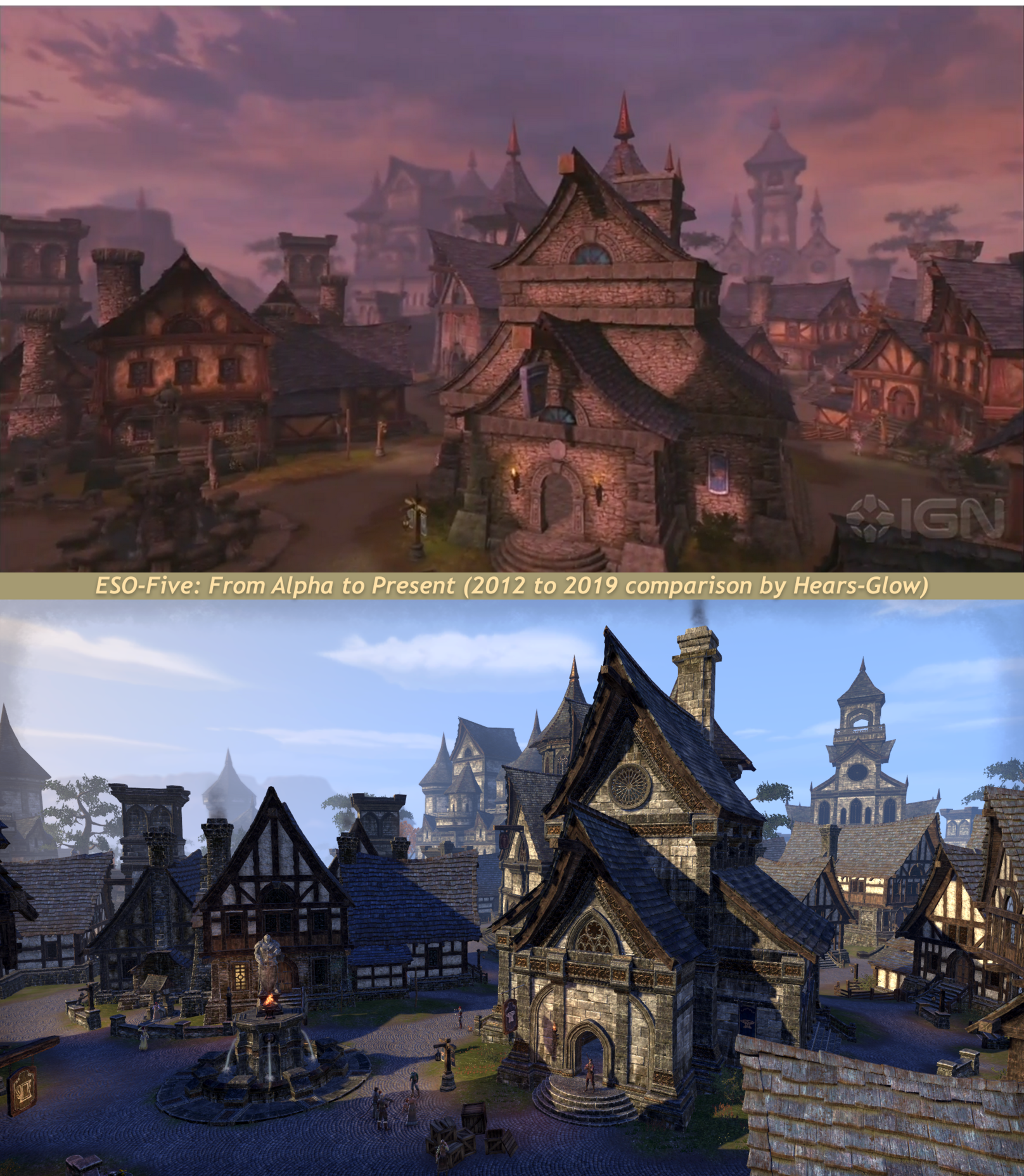 Thanks for having a look!