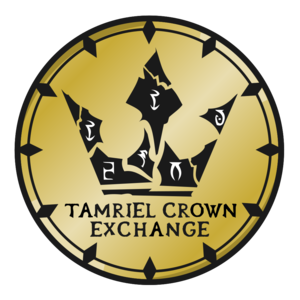 Want to buy the Wolfhunter DLC, a new character slot, crown crates, or something else from the ESO Crown Store?

Even if you have no crowns, you can get all you want from the crown store with in-game gold!

Tamriel Crown Exchange is an established Discord of 10,000+ members, with billions of gold in transactions!

We have vetted Brokers that help ensure your trades are safely completed!

TCE EU is managed by Tamriel Trade Union, ESO's largest trade guild alliance of all platform. As long as you follow our rules and guidelines we offer you a safe, fast and reliable service

If you are on PC/EU, visit https://discord.gg/mpevGgE right now to place an order with one of our many sellers!

If you are on PC/NA, visit our sister Discord https://discord.gg/39xMayn

If you have questions regarding the process, please ask us in Discord, or here on the forums.
Edited by TheThird on February 3, 2019 8:59PM
#1 August 2018
28 Quote
Prev123Next
Home Forums PC/Mac – EU
Sign In or Register to comment.