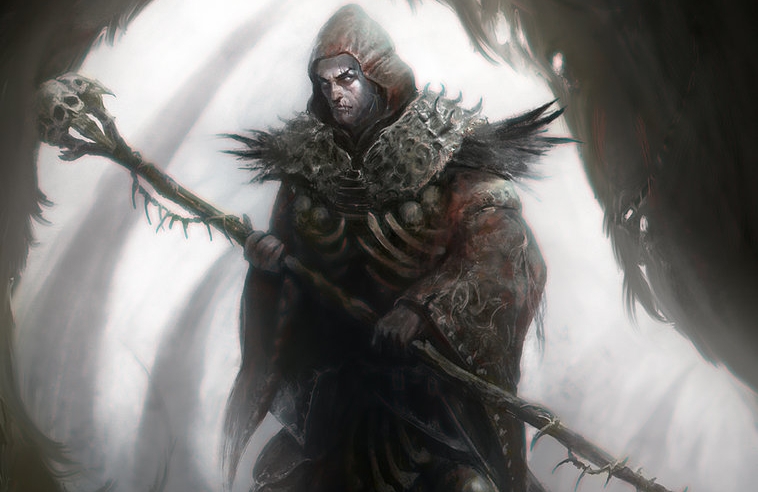 " Life is so fragile, and so meek.

It can bend with a single word spoken; an utter.
It can shatter with a single pierce; the smallest.
It can kneel to the weakest of sick; a drop.

"But what of you?", asked the feeble man. The answer was simple. 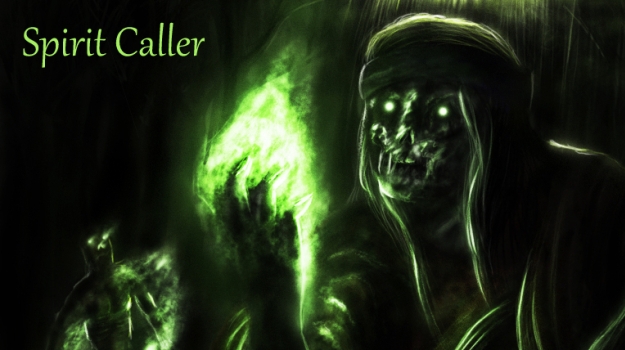 2) Master's Command - Command all your minions to draw in power, gaining major brutality for a duration.
Morph 1: Master's Enchant - Duration is increased. Buff now effects you in addition.
Morph 2: Master's Demand - No longer gives a buff. You instead order your minions to rush at their targets, and explode for heavy magic damage in their area.

3) Grave Skin - The flesh of you and nearby allies within 20 Meters become hardened like the dead. Granting Minor Shroud, reducing damage taken from area effects by 10% for 25 seconds.
Morph 1: Mummy Skin - Enemies that strike you or your allies become cursed, taking magic damage over time.
Morph 2: Shadow Embrace - Now uses Stamina. Buff no longer affects allies. You instead gain Major Shroud, reducing damage taken by area effects by 20%.

4) Service In Death - Call to the spirit of an ally from death for 20 seconds, allowing them to continue fighting as a spirit using Light and Heavy Attacks only. When the duration expires, their spirit returns to their body. Can only call one ally at a time. (Costs 2 soul gems to cast. Does not raise corpse)
Morph 1: Emblazoned Spirit - Ally gains Major Brutality during the duration.
Morph 2: Soul Contract - Increase the Soul Gem cost to 5. If the ally kills an enemy, they are ressurected with 100% health.

5) Cry Of Anguish - You wail in anguish, and pierce the very souls of nearby targets within 8 Meters for magic damage.
Morph 1: Banshee Wail - Has a 40% chance to cause enemies to flee in terror.
Morph 2: Shattering Cry - Now scales of Stamina. Has Increased radius to 10 Meters, and Inflicts Major breach and Major Fracture for 10 seconds.

4) Freeze Time - The target is frozen in time, unable to resist or break free for a duration. However the target becomes not of this plane, and resists all damage until the duration expires. Lasts 5 seconds.
Morph 1: Time Slip - No longer freeze time. Instead you travel backwards into the past, healing you for 25% of your missing health over 5 seconds.
Morph 2: Chilling Future - If used on a target casting a spell or charging an attack, it interrupts them and silences the target for 5 seconds. (Bosses are unaffected by Silence, but become interrupted.)

5) Northern Breath - Breathe cold damage in a frontal cone. If used near a Fragile Frostling, the minion releases a 5 Meter wave of additional cold damage around it.
Morph 1: Northern Force - Enemies struck become knocked back.
Morph 2: Putrid Spine - Now Scales of Stamina. You no longer breathe cold. Instead summon a large spike of bone over a targeted 8 Meter area, as it drops onto foes for heavy poison damage. 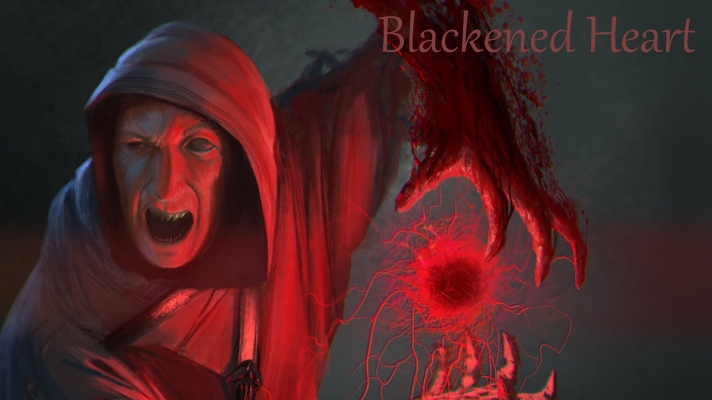 1) Summon Hunger - Skill uses Stamina. Summon a Hunger for 15 seconds that gives you Minor Leech while active. Activating the skill a second time will make the Hunger lash out at it's target, and steal health for you based on 4% of it's damage done.
Morph 1: Summon Etched Hunger - Summon a Etched Hunger instead, that gives you Minor Magicksteal in addition while active, absorbing 600 magicka on attacks.
Morph 2: Summon Unquenched Hunger - Minion now scales from Magicka. Minion no longer gives a passive. Activating the skill a second time, the minion lashes out for 100% more damage, and gives health to allies with the lowest health on each attack within 28 Meters.

4) Boiling Agony - Curse the blood of enemies in a targeted 10 Meter area, dealing fire damage every 1 second for 10 seconds.
Morph 1: Unstable Flesh - Enemies slain while the debuff is active explode, dealing 20% of the enemies max life as fire damage.
Morph 2: Befouling Blood - Now scales off Stamina. No longer deals damage over time. Instead deals poison damage on impact, and taunts enemies in the target area.

5) Sacrificial Rite - Sacrifice of your own life to give a damage shield to you and nearby allies within 20 Meters, for 10% of your Maximum Health for 8 seconds.
Morph 1: Bolstered Veil - Gain Major Spirit on use, increasing the strength of Damage Shields by 20% for 8 seconds.
Morph 2: Sanguine Shield - Skill now uses Stamina. No longer gain a damage shield. Instead you and allies within 20 Meters gain Major Armor and Major Ward for 25 seconds. Additionally, allies effected gain 8% more healing received from you and your minions.


6) Ultimate: Blood Flows Red - You and nearby allies within 20 Meters gain Major Heroism and Major Leech, granting 5% of damage done as health, and gain 3 Ultimate every 1.5 seconds. Lasts 12 seconds.
Morph 1: Rush of The Red - You and your allies additionally gain 150 more health, magicka, and stamina recovery.
Morph 2: Veins of Wickedness - Increase the Ultimate cost of this skill to 500. While slotted you reduce the ultimate cost of your Group's skills by 5%, except your own.

Spirit Link - Increase Minion damage by 3%/4%/5%.
Aetherial Tune - Increase Magic damage and Healing done by 3%/4%/5%.
Moon Glow - Reduce the cost of magicka and Stamina skills by 105/150/195 points.
Beckoned Whisper- Reduce the time it takes to ressurect allies by 5%/10%/15%.
Strength in Numbers- While 2 Spirit Caller skills are slotted, 5%/10%/15% of your Spell and Weapon Damage further increases your Minions damage. Whichever is higher in value of the two resources.

Ever Thirsty - Increase healing received by 2%/4%/6%
Coagulation - Every time an enemy hits you, gain 50/100/150 more Armor Rating and Spell Resist for 5 seconds, up to a total of 15 stacks.
Refreshing Blood - Increase the chance to gain 1 extra ultimate on skills by 5%/10%/15%
Red Commander - All minions have a 3%/7%/10% chance to steal health and give it to you. (This also includes minions from Gear Sets)
Spilling Goblet - When you receive a heal, you have a 5%/10%/15% chance to copy that heal and give it to a nearby ally with the lowest Health within 20 Meters of you.


Q: Why are different skills types scattered among the Trees?

A: This allows for diversity, and encourages exploration of the 3 trees. All 3 trees will have something that will be useful to you and the build you want. The passives will also play a much bigger role then just being small boons. You may find skill and passive combinations that will be surprisingly effective to how you wish to play it.


Q: Why use Major Brutality only as a damage buff in this class?

A: Major Brutality is a "Universal" buff, that increases both magic and stamina based skills. With this in mind, this will make Minor Buffs from other Class Skills very valuable to the Tomb Keeper. Such as: Using ____ on skill use will give Minor Sorcery to allies for 20 seconds. This Minor buff will be synergized with Brutality, since it's Universal and cannot be overwritten by other Majors and Minors. So you will be achieving 25% + 8% more damage if playing with allies who have and use those class skills.

A: I feel this game lacks heavily in the Conjuration School. Not to say bad things about the Sorc, but their minions are very weak, very few, and feel like they were not thought out well enough. An immobile Storm Atronach was also quite distasteful. With the Tomb Keeper, it focuses heavily in minion usage to deal all kinds of effects, while you yourself deal heavy damage or use them to assist you in Tanking and Healing. All the minions will feel they have genuine purpose, and at the same will still deal significant damage instead of a frugal amount.

Questions, comments, and feedback are heavily appreciated. Questions and Concerns will be answered as soon as I can.

{NOTES: All values and variables are not finalized. Changes are prone to be made over the coarse of development, based on ESO's own changes, updates, dlc, and more. Please keep this in mind when reviewing the material presented in this Alpha.)

( CREDITS: I do not claim to own the images that were used to create this post. Images were used in Google, and edits made in Manga Studio. All copyrights (c) are owned by their respective games, books, artists, etc)
Edited by ben_roprim on February 27, 2018 4:50PM
#1 February 2018
10
Home Forums English Community Creations
Sign In or Register to comment.