KhajitFurTrader
✭✭✭✭✭
✭✭
So it turns out that every time the Launcher.app window loses focus, the download speed gets very erratic. It falls down to a bare minimum, only to shoot up to maximum for a short while, then falls again. I left the Launcher open overnight to get the PTS client, and it still hasn't arrived completely.

This behavior can be attributed to the OS X Mavericks App Nap feature. My guess is that there are system calls that will prevent an application from being throttled while in the background, but the Launcher doesn't use them (yet).

In order to disable App Nap for the Launcher, follow these steps: 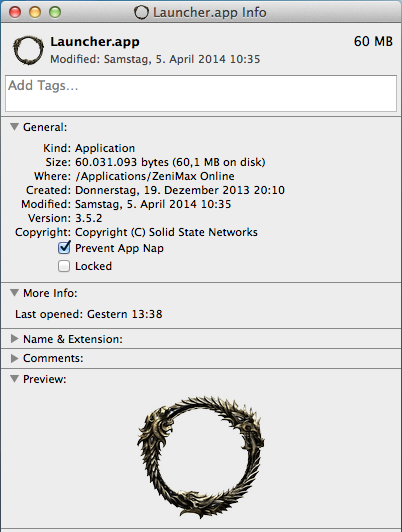