Do you play a Magicka Dragonknight? Do you want something else than the usual 5 BSW/ 4 Aether/ 2 Grothdarr/ 1 vMA Inferno Setup and still be raidmaterial?

Then this guide is for you! The Goal of this Build is to provide strong DPS on a Dragonknight while using shock and fire damage and Heavy Attacks with a Lightning Staff. I’ve tried several builds that use lightning staff heavy attacks on a DK, and while they are very survivable, sustainable and very easy to play, the single target DPS mostly suffered and I’ve never managed to get past the 30k sustained single target DPS parse (selfbuffed).

This build does exactly that while using only AoE skills, and in the right hands and raid setup, it can surpass 40k Single target DPS easily while giving your group a lot of utility that Dragonknights have. I’ve had a breeze in vDSA (46.5k score) and every vet trial with this, including vHoF HM, vMoL HM and Craglorn Hardmode Trials, no death runs for the DLC-Dungeons etc. I even got the Duelist Title with the vMA version. This build is flexible to the extent that you can do both a Melee or Ranged Version, depending on what you are assigned to within your group or what the dungeon or fight requires you to do. For solo play, the build requires minor tweaks, but I added a vMA build for people who'd like to get their safe weekly and the DK flawless conqueror as easy as possible. 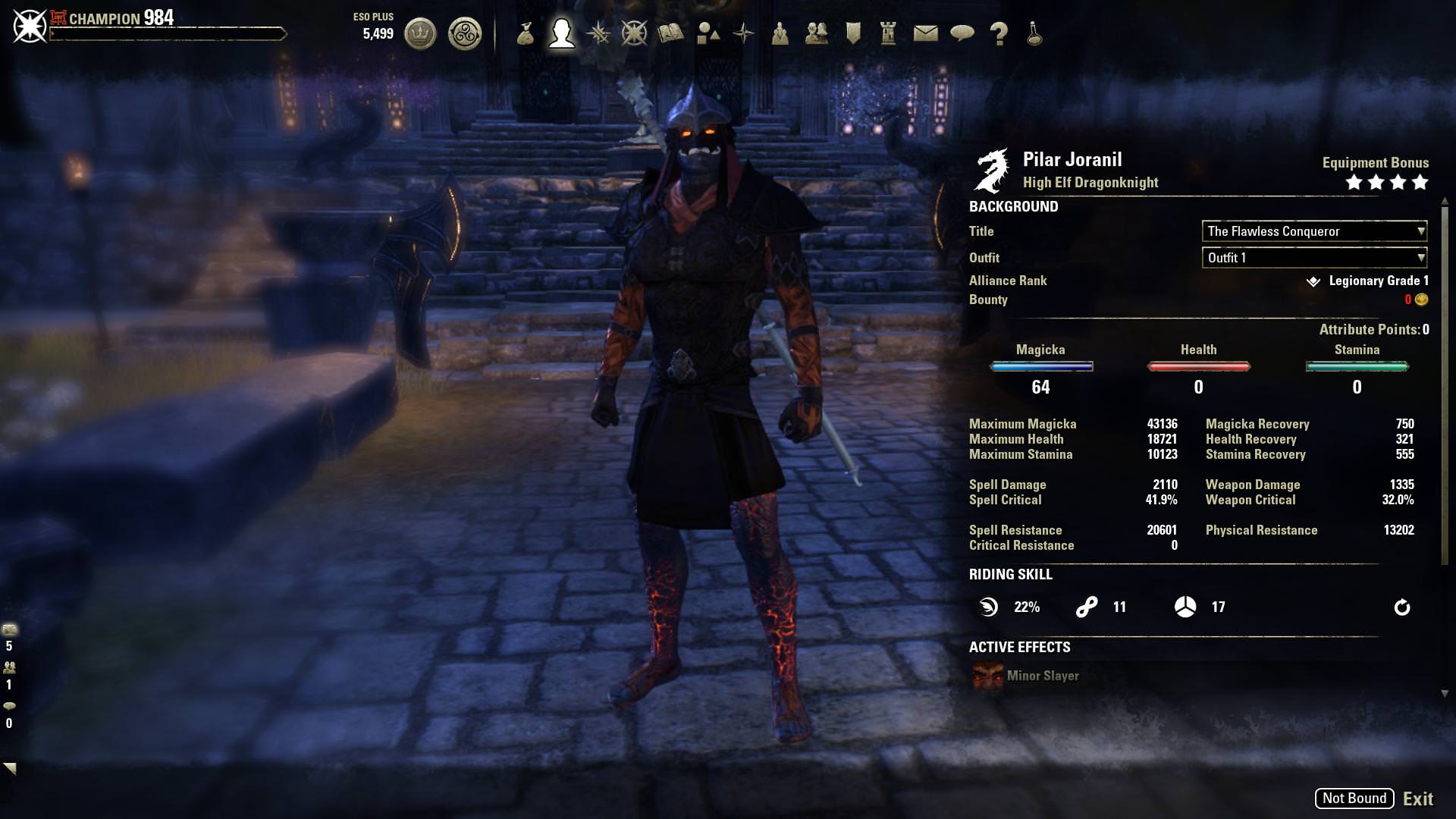 Altmer or Dunmer. Dunmer gets 3% more out of the fire abilities than Altmer, and Altmer gets 2% more out of the shock abilities, so it doesn't make that much of a difference. I prefer Altmer for the regen and 1% more max magicka, plus you get better results in vMA and you have enough stamina due to undaunted infiltrator. Everything else is a DPS loss, after those two, Breton would be third.

To understand the nature of heavy attacks, it is important to know that the Flat Damage Buff of the vMA lightning Staff Buffs every Tick of Lightning Staff Heavy Attacks and adds like 5k DPS to the Build. With summerset, we can use 2+5+5, so Torugs pact is very nice on this build. Torugs pact lets your enchants proc insanely often and makes them hit incredibly hard (12k+ per enchant).

Depends on the trial

Depends on the trial 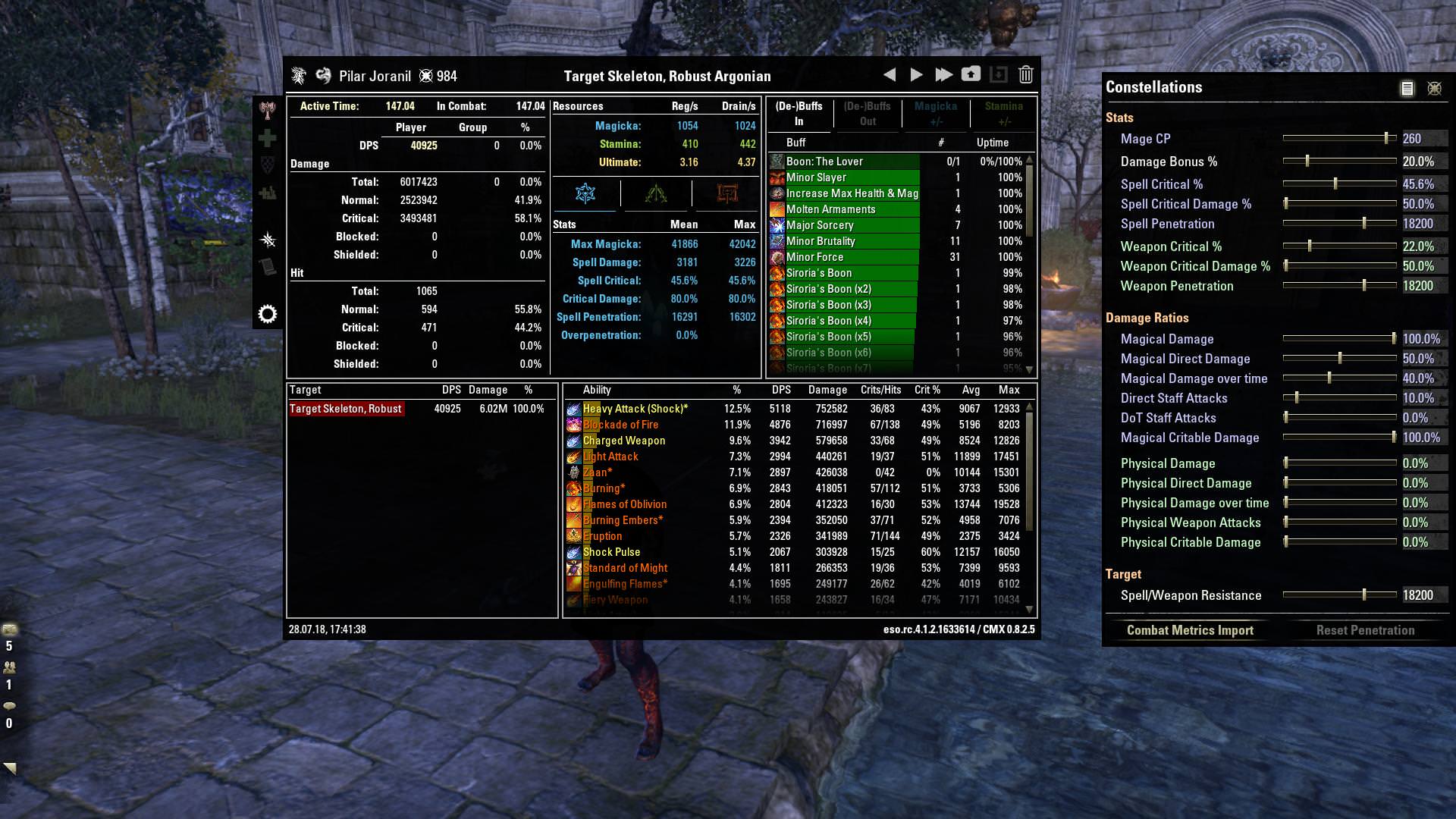 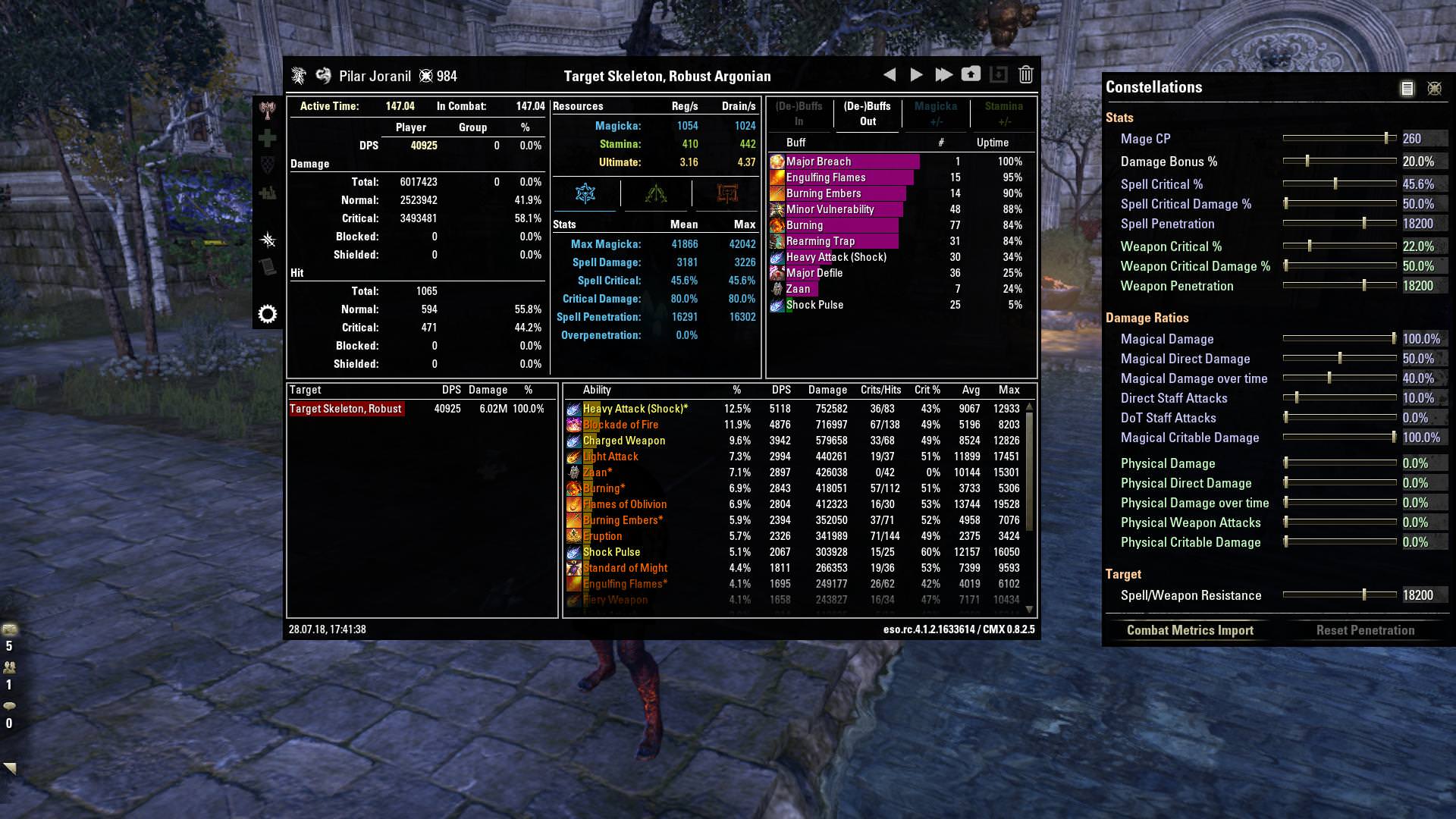 Keep in mind that these are Robust target dummy parses. I can get more on a normal one, but i usually test on the big one so one can see the consistent base DPS that you can get in trials and factor in Sustain rather then a bursty 3m parse.

Also keep in mind that every single ability and attack except burning embers is full aoe here, and that i suck at remembering rotations and screwed them up quite often.

The build is constantly in development, so any advice in how to improve it further (while staying outside the box please, I know what is BiS on mag dks) is welcome! I will update it continously.
Edited by Masel on 28 July 2018 18:09
PC EU