Luke_Flamesword
✭✭✭✭✭
✭
So, Bastain took his dog for a walk into Reaper's March, but after a while he just stop, looked straight ahead with no word and after minute of silence he said:
- "This is a great area for sweeping."

He just pull out some old broom and start sweeping grass, making his dog curious and confused. 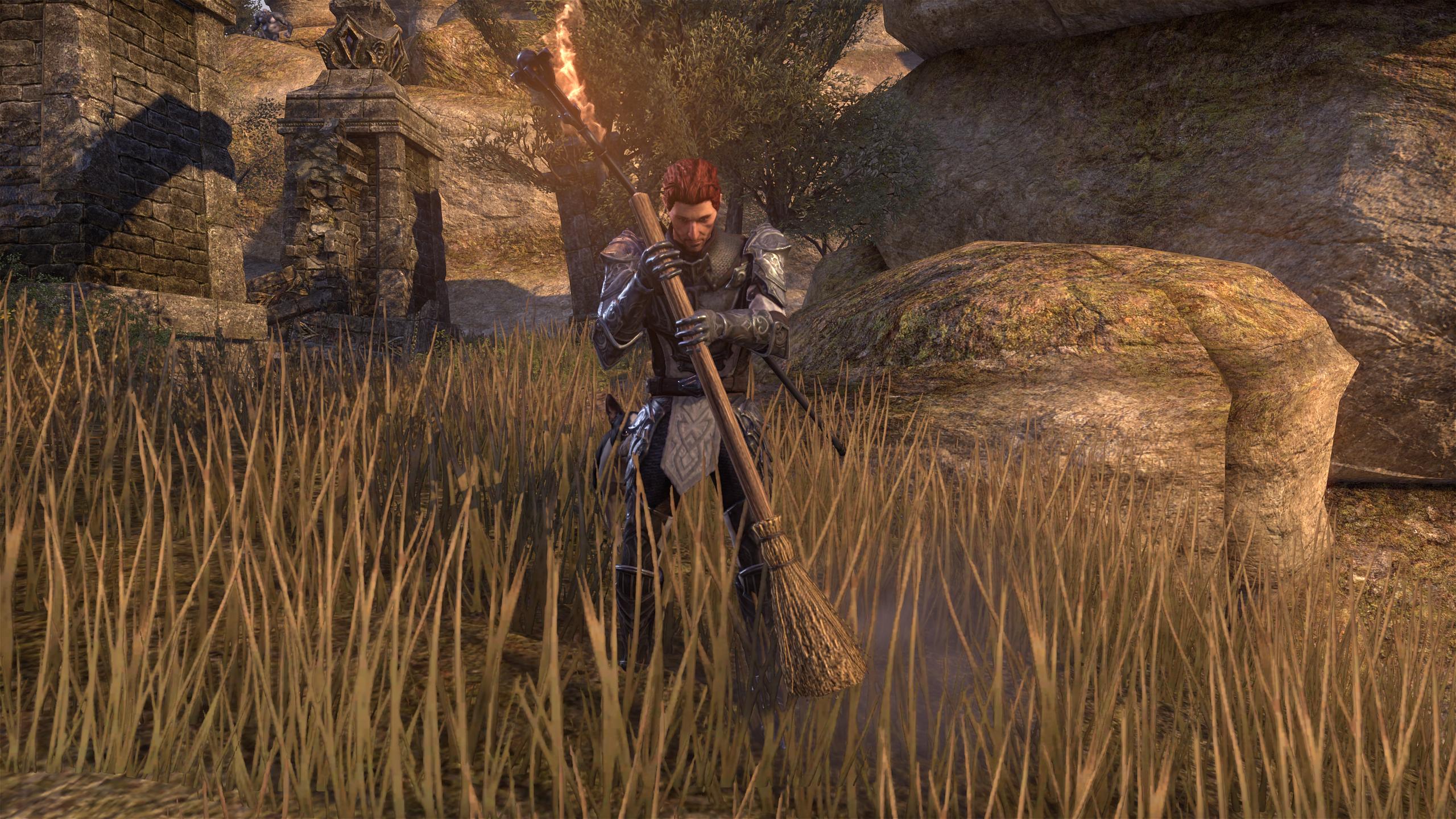 "When you stop sweeping, you stop growing. I don't intend to ever stop sweeping." - said Bastian, when he started sweeping some random, low resolution textured rocks. 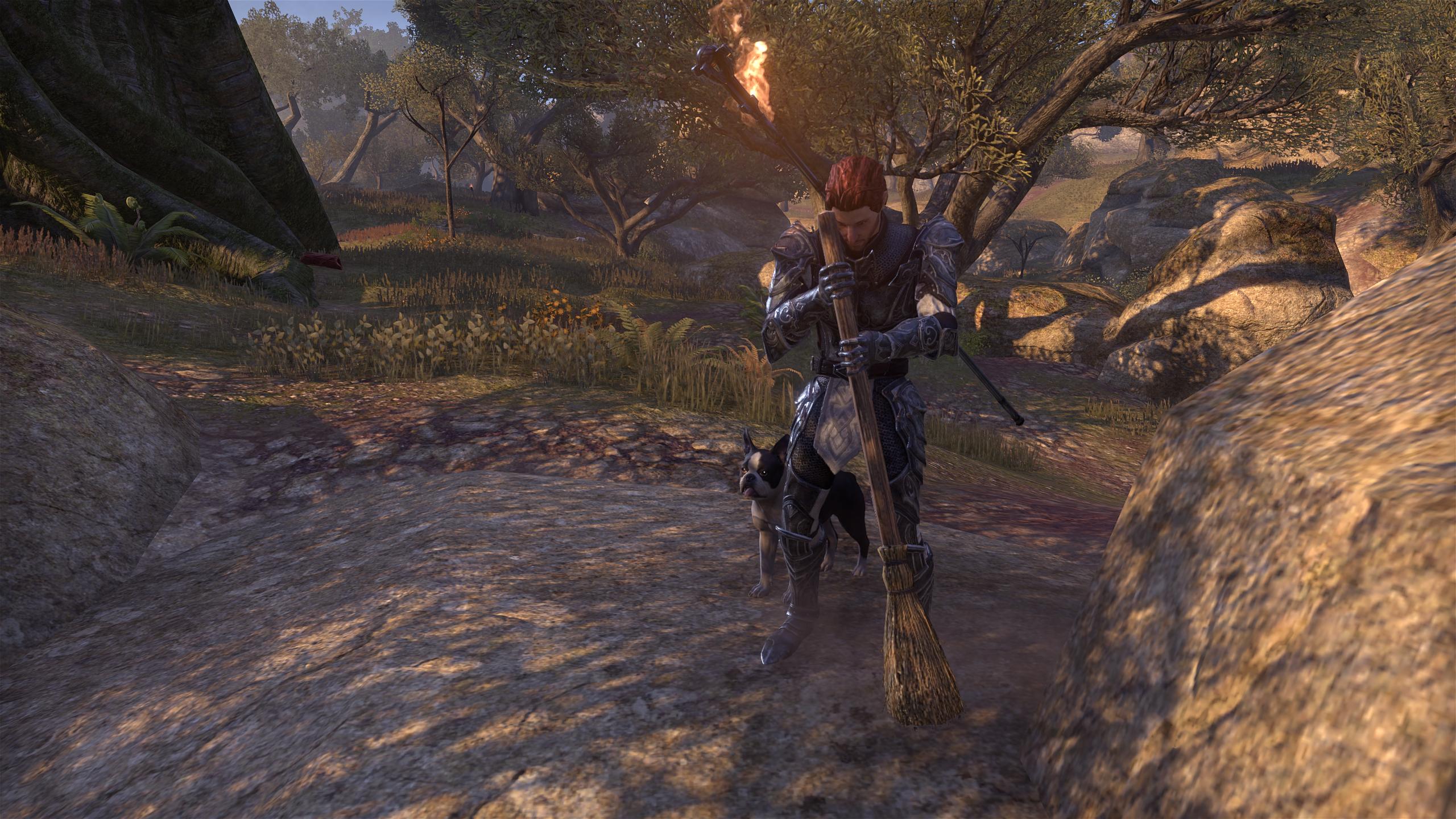 - "Huzzah!" - he screamed when he saw old, dusted boat. "You mess with the broom-man, you'll get the point!" - he added after climbing boat and sweeping with big passion. 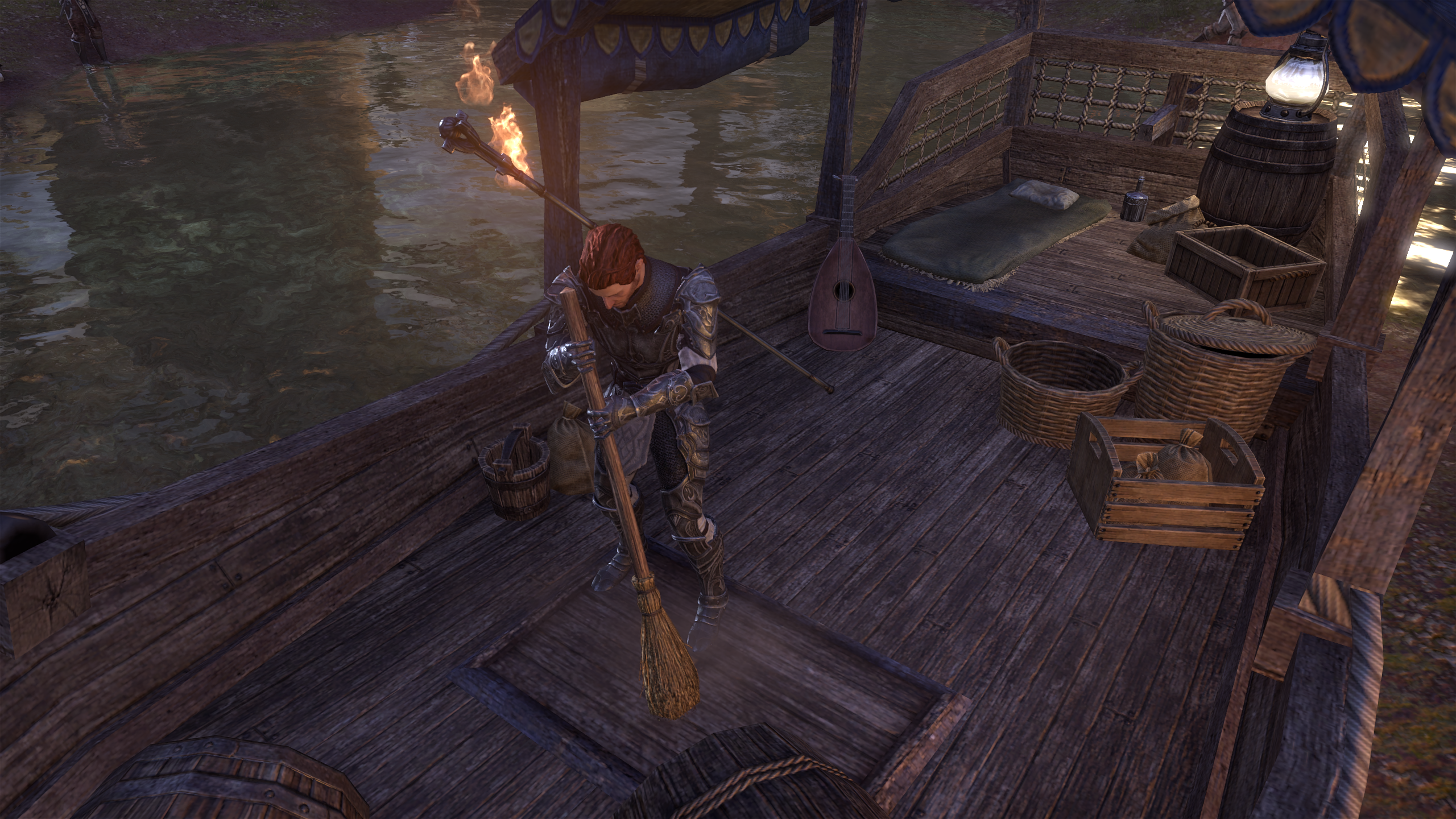 He was more and more excited with every moment. "That's how we sweep things in Daggerfall!" - he screamed so loud that some lion fell from rock and run quickly with fear. "I love sweeping— the old brooms, the dust, the chaos. Is it strange that I find it comfortable?" - he just can't stop talking, making his dog more and more confused.

Than, for some reason Bastian looked like he remember something and he started run quickly.

Poor doggy, watch out for a broo... eh, nevermind. 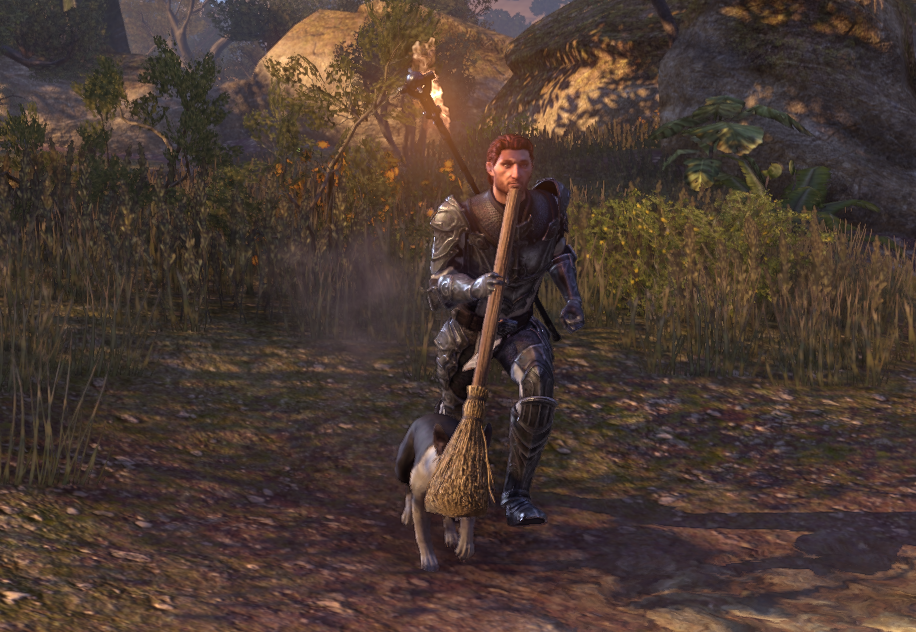 Bastian finally stops when he found little lake and he started to sweep a water and said: "My tutors liked to tell me that water and brooms are a form of magic. If you put them together properly, you can clean entire worlds! 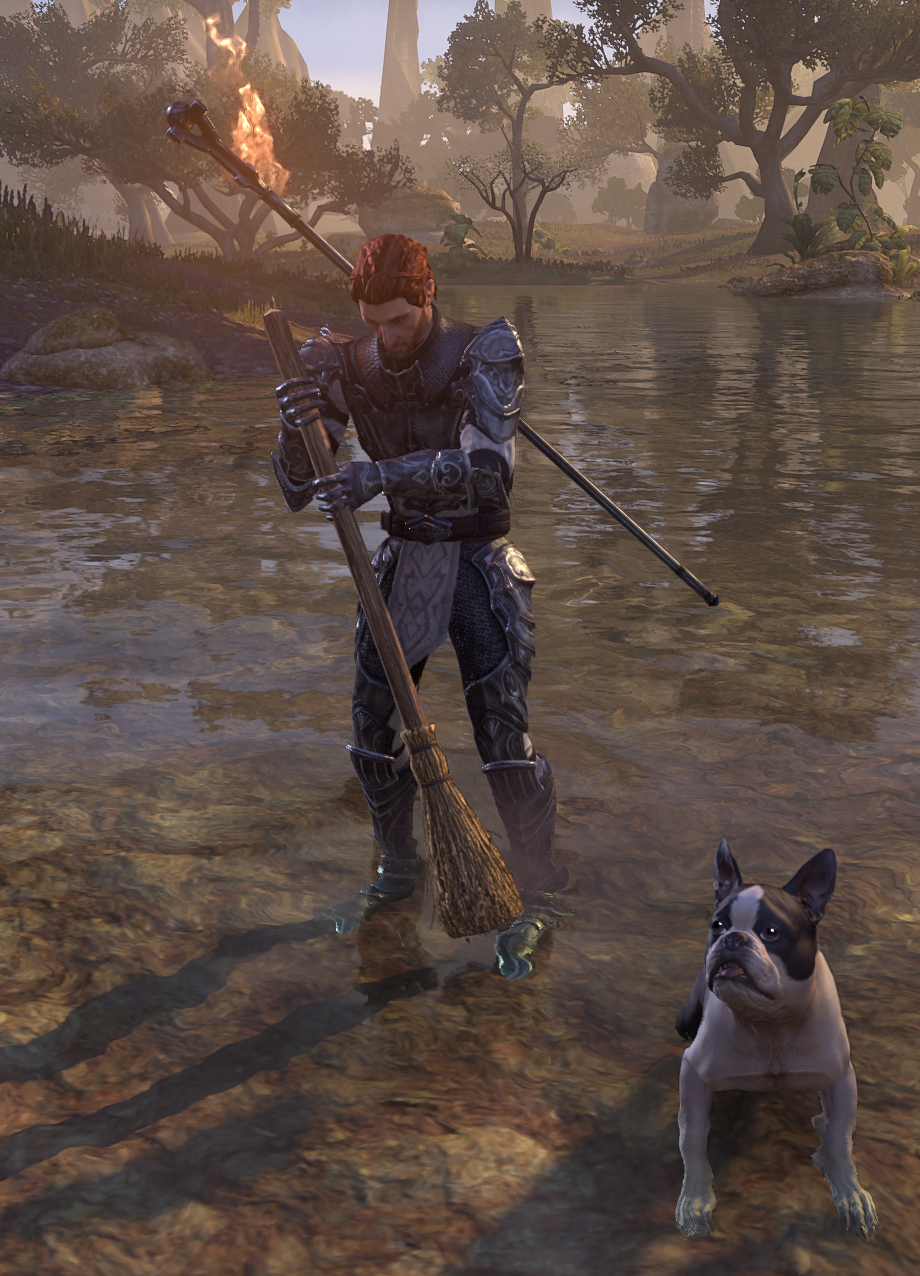 With every moment Bastian's dog was more and more annoyed. 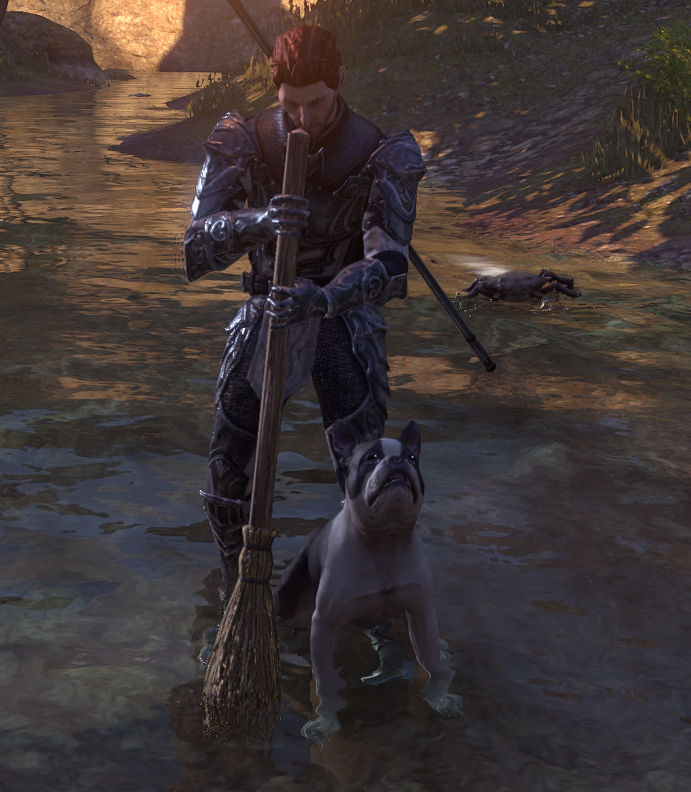 After an hour of water sweeping Bastian decided to sweep some more grass. "Let's keep our eyes open for a tavern where we can sweep some more!" - Bastian said 5 times in a row in next 10 minutes.

At this point dog just give up. 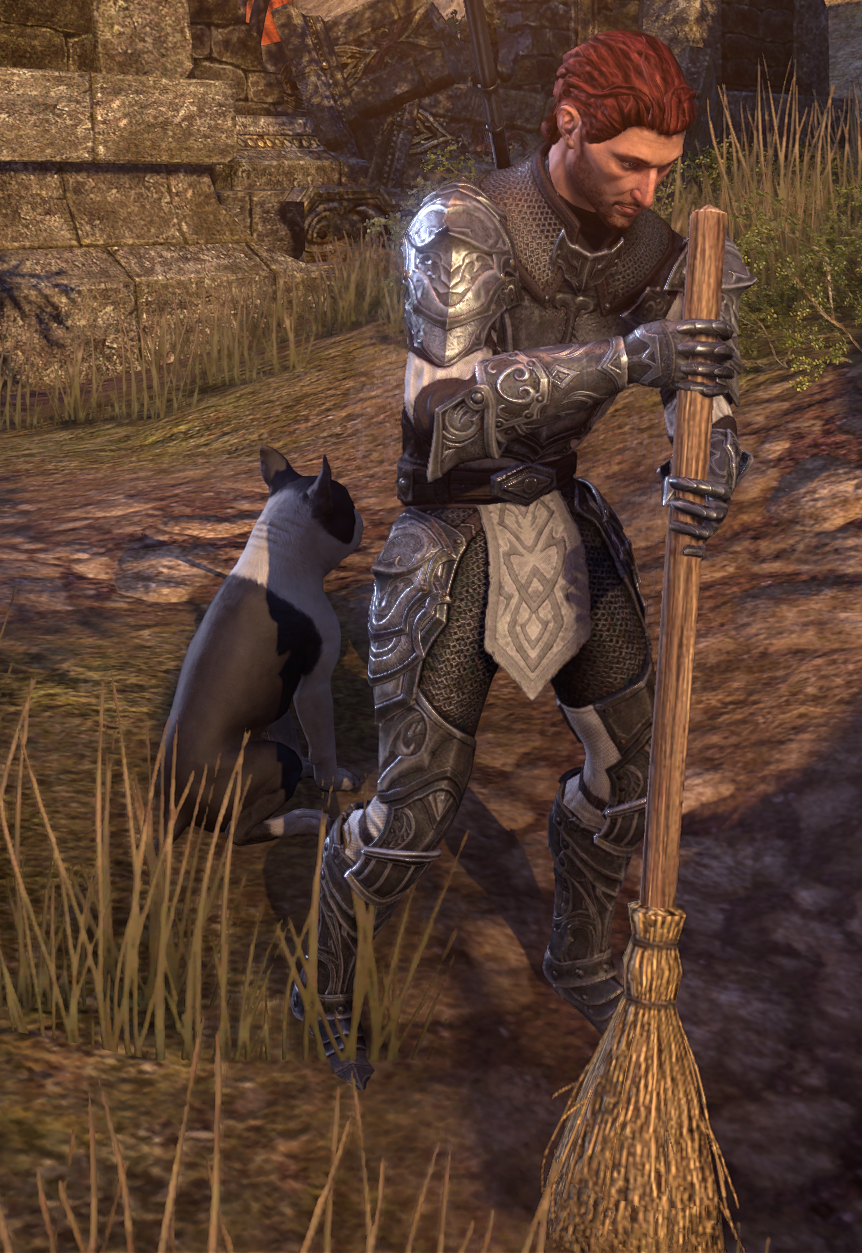