I am looking to rack up some more dungeon achievements (HM/speed run/no death) on my healer. I've got clears on all the DLCs + a mixture of HM/speed runs done (not progression, just happened if they happened). I can also dps, ranged or melee (gonna need to practice and do new parses after the patch of course, was in the 40k+ range before the whole buildbreaker mayhem), but I'd prefer to heal as that's what I have the most fun doing and where I've been collecting achievements most recently. 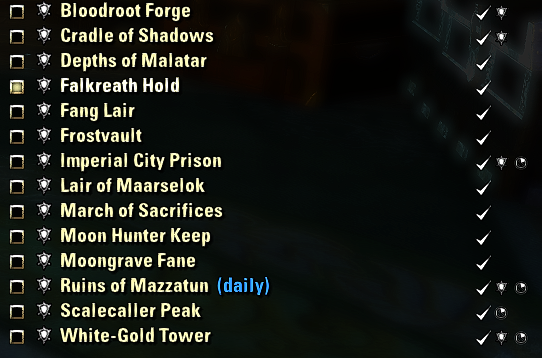 I've been having trouble finding people to group with who also want to do "progression style" dungeon runs (you know, doing the same dungeon a few times or consecutive weeks till we get achievements) since the guilds I'm in either don't do that sort of content, or already have established groups that are filled with members who aren't interested in starting new groups/inviting other people.

In other news, I'm also looking for new guilds!

If anyone is interested in this sort of thing, is ready to start tackling this kind of content, or maybe is needing a healer for a pre-existing group, please hit me up! And if you have any other suggestions of places to go looking, that would also be helpful. This is really all I have left to do in the game that I find interesting, and it's been a bummer that I haven't been able to find a group to play with.