How to properly use Imbue Weapon (and it's morphs)

Siliziumdioxid
✭✭✭
Note: this is only for ranged weapons!
My attempt on a tutorial video: 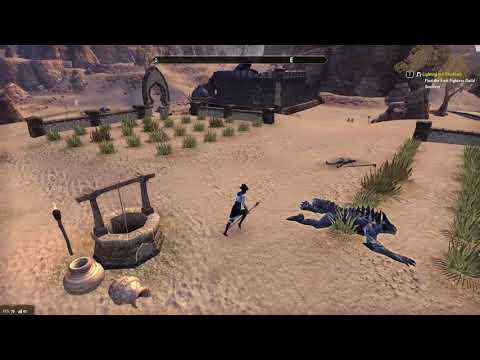 Written Guide:
Basic Function:
Normally the function of this skill is that after it's activation your next Light attack thereafter that hits an enemy procs additional damage. However for bows, restoration staffs and destructions staff there is a way to buff the light attack before the skill rather than the light attack after that skill.

Animation cancel techniques:
-dodgeroll cancel: this technique shortens the animation of an ability by immediately doing a dodgeroll after the animation of a skill. so if you intent to do a dodge-roll then use it besides that use another technique.
-barswap cancel: If you intend to barswap after the use of elemental weapon this technique is for you. It is done by immediately barswapping after the use of an ability. If you don't however intend to swap bars then use one of the last two techniques.
-block cancel: Done by shortly blocking right after the usage of a skill. However be aware that blocking cuts your stamina regen so you might miss on regen ticks if you block while a regen tick is happening. And of course you might be charged stamina if you block while an attack is hitting you.
-bash cancel: This is the ideal technique when there is no target in bash range. Since bashing the air doesn't have a stamina cost attached to it and does not impair your stamina reg like blocking. Be aware that as soon as there is a target in bash range this might become costly. however if you are using a bow you might use it to squeeze in some extra damage (usually done on Sword and board). Bash canceling is done by immediately bashing after using an ability.

Where is this relevant?:
In PvP.
You can avoid delay when using Imbue weapon: This makes this skill more bursty and helps you to follow up with further damage after you applied your dot's. You can still choose to do the classic technique to have like a "bursty" Dot application by going Imbue Weapon -> buffed Light attack -> Dot, but after that you can immediately follow up with additional imbue waepons.

Hope this was helpful. Since it seemed to me that this interaction between ranged weapons and Imbue weapon was mostly unknown to players. This interaction makes me consider Imbue to be one of the best if not the best spammable option for most ranged builds.