Home Forums Players Helping Players
Sign In · Register
Maintenance for the week of May 10:
• ESO Store and Account System for maintenance – May 12, 4:00AM EDT (8:00 UTC) - 12:00PM EDT (16:00 UTC)
The hardware issue is resolved, and the North American Xbox One megaserver is now available. Thank you for your patience!
The Blackwood Chapter and Update 30 are now available for testing on the PTS! Read the full patch notes here: https://forums.elderscrollsonline.com/en/categories/pts/

EnderKafai
Soul Shriven
Was quested to head to Imperial City, to talk to "General Nedras". 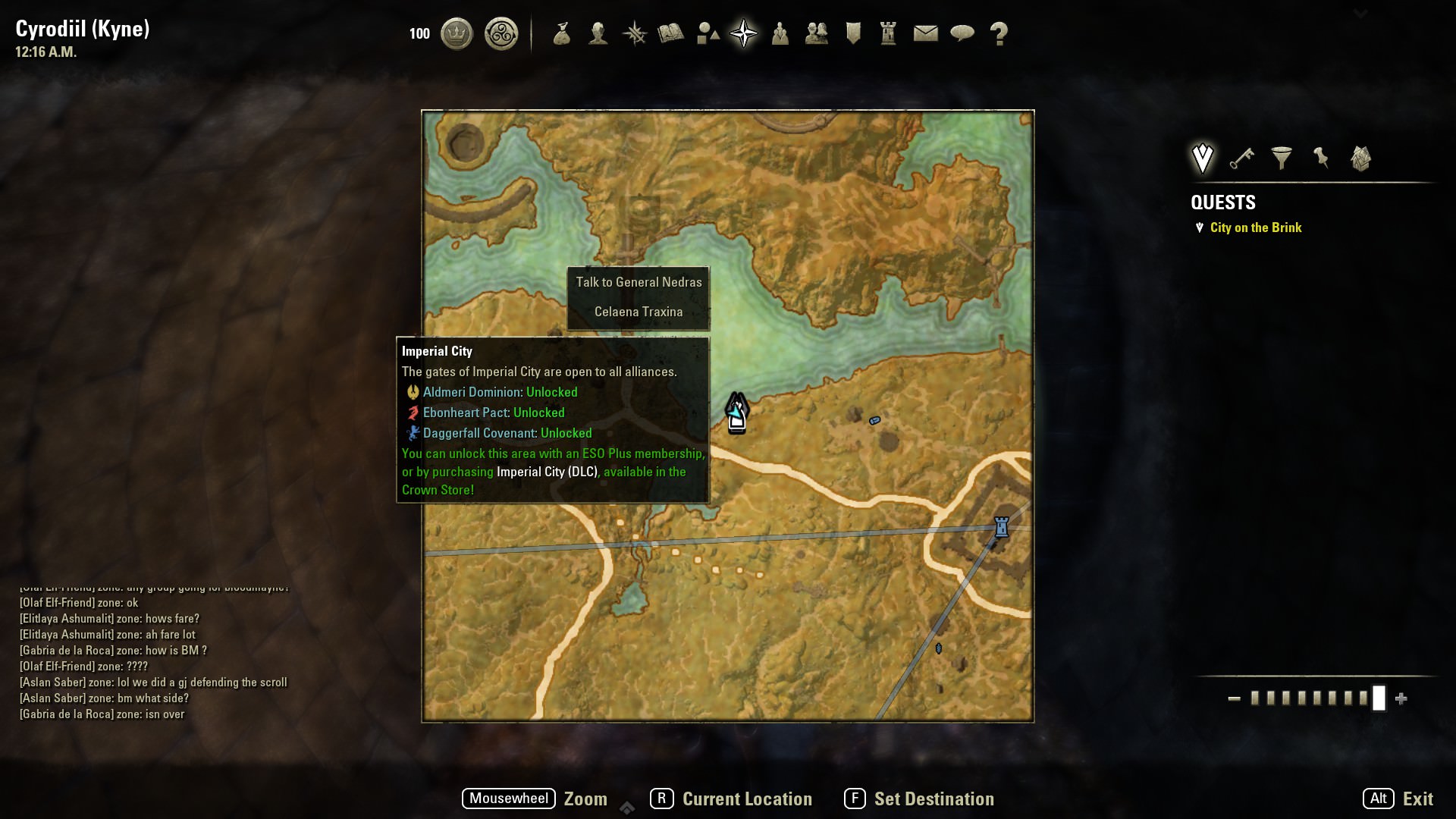 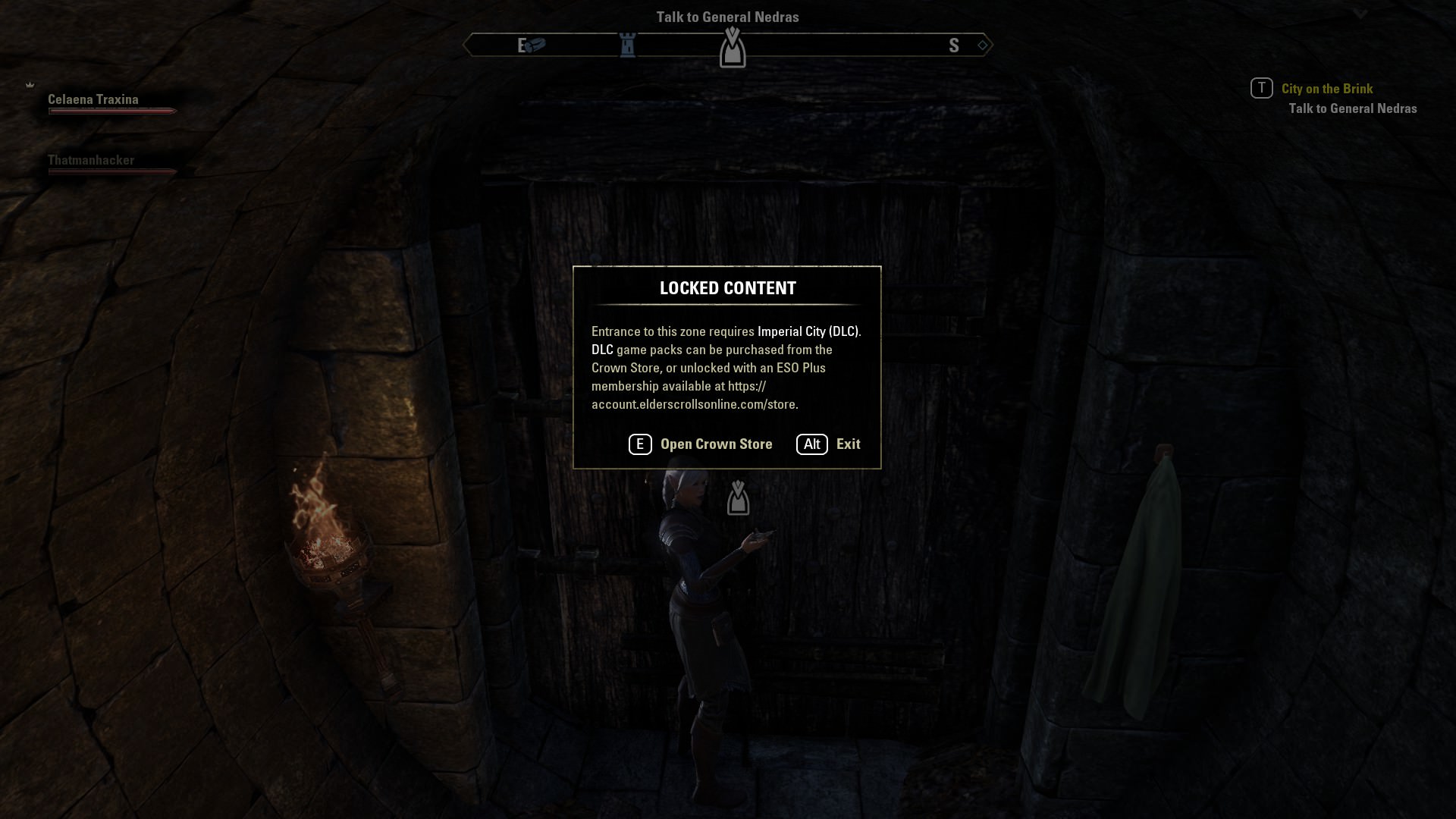 Sorry, I'm just confused as to if I'm allowed to enter or not.
#1 November 2017
0 Quote
Home Forums Players Helping Players
Sign In or Register to comment.