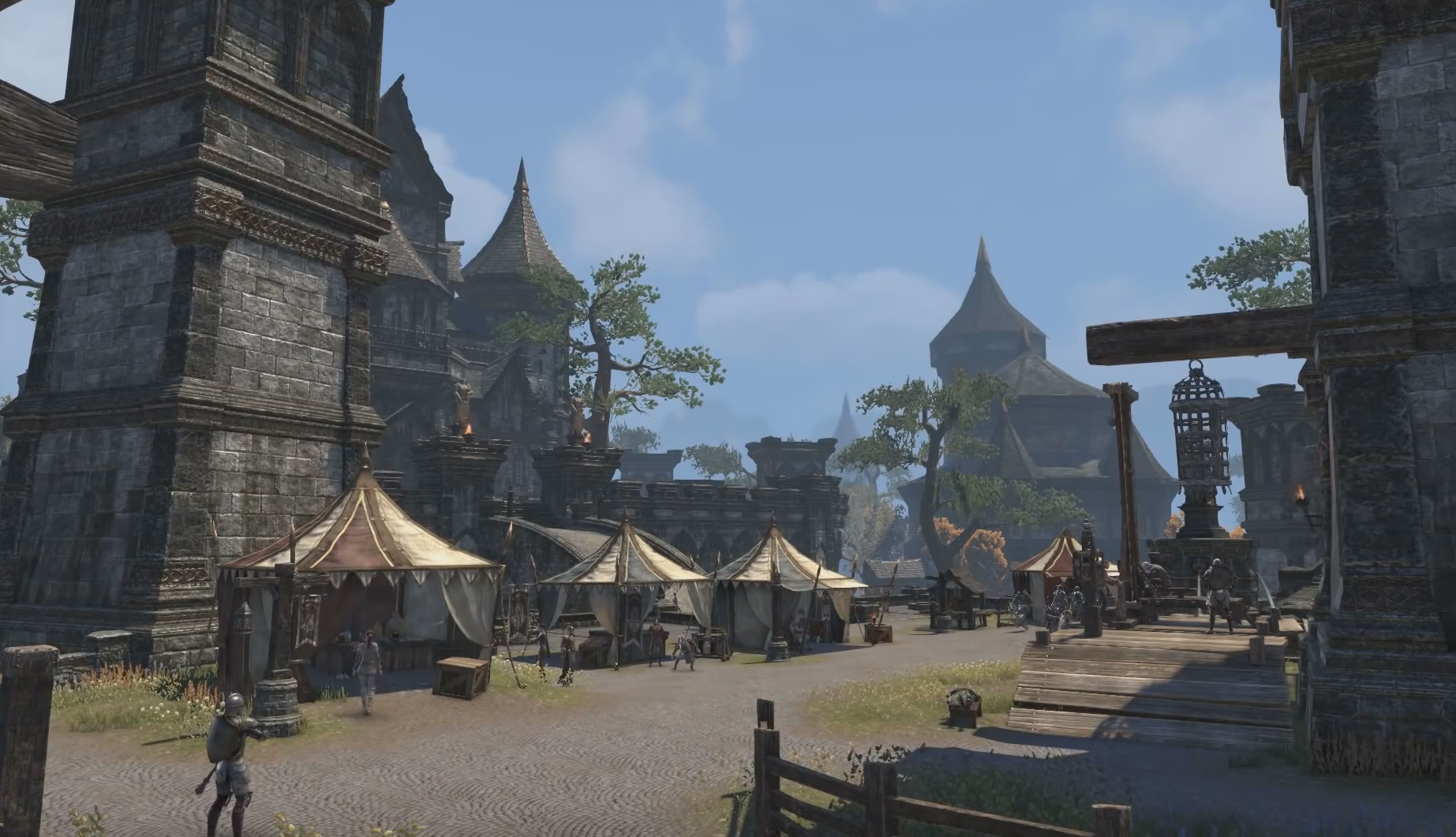 "It is difficult for historians to declare a certain date for the foundation of Wayrest. A settlement of some variety had been in existence where the Bjoulsae River feeds the Iliac Bay possibly since the 800th year of the First Era."
―Sathryr Longleat


His eyes opened, and instinct told him it was at the very moment the last rays of the sun were no longer directly beating down on the lands. The sky would be red, and a stillness would be settling in as the world seemed to be holding it's breath, awaiting the darkness to completely engulf it.
Night time was the time for his kind.
It was true, he would no longer burst into flames if he stepped outside in the sun light, but he could not hardly bear it. It pained and weakened him, and reminded him of what he was.

The little island near Wayrest served it's purpose well. Few people came here, but just enough that it was no longer a place that folks wish explore. Wayrest had been around for longer than even he remembered, some said since the First Era, and he had no reason to doubt it. The small cavern that lead below sea level was his refuge for now, though it was quite damp.

He did not mind, he barely noticed it.

Jerrin climbed from his coffin, the same one he had used for years now. It was comforting. It was familiar. He was unsure why his kind longed for the coffin so often, but it was more than just a preference that drove him to it. It may well be something to do with the disease. Of this, he was uncertain.
Jerrin was well dressed, but his clothes were always of another era. He was hardly able to keep up with fashions, as there were times when he slept for years. He had truly only been active again for about 6 months. His first weeks were spent feeling ravished, and having to sate his appetite. It was a dangerous time for a vampire, as they were not at strength. The primal instinct would take over more often than not, and one would come to their senses covered in another's blood.

However, for Jerrin, what happened after that was far worse. Once the brain was revived, and the body was properly gorged, his mind would turn to her. His wife of so long ago, taken by the same vampire that turned him. His last memories of his wife were of her screams, her blood lust having completely taken over her. She never became a full vampire, in control, as Jerrin was. She was something else. She was surely dead now, truly dead.

Jerrin walked to the edge of the cavern, letting all of his senses take in his surroundings. His senses were excellent, and he could push them further than any human. He was alone. Looking out he could see the lights of Wayrest, in the distance.
He hungered, and the first thing he must do is feed. It was a process that he despised at first, but came to understand as a necessity now. The ecstasy for him was the same as other vampires. The emotions that flooded him when he drank, emotions that otherwise he would never feel. This disgusted him, however, even as he enjoyed it. It was a strange mixture of joy and guilt.

It was still necessary.

If anyone were watching the cavern, they would see bats screech from it, and take to the sky, no doubt setting out for their nightly feeding.


Edited by Krist on January 26, 2017 3:11PM
"Krist the Lionheart? No. Lionheart was my dog" -Krist
"Darling, if looks were everything, I would be king of the world" -Luke
"That place, between day and night, that purple color just before dark, that is where you will find me"- Hughe
#1 January 2017
3 Quote
Home Forums Fiction & Roleplaying
Sign In or Register to comment.