lepemetus
✭✭
Now,
You will conflict with many entities in your travels in Tamriel.
You will get killed, sieged, ganked, zerged. You will get whispered, yelled at, complained to, hated. Most of these are nothing more than symptoms of this virtual world - do not let it affect your play.
You can react to these with your own escalations -> your own whining in zone chat, complaining to other players, blaming ZOS on forums, verbally attacking other players, swaying opinions on your stream.
"This group pushed us to our gates!" "This group zergs!" "This group painted the map during off hours!" "This group called this other group a poopoohead!" "This group enjoys generating and exacerbating unecessary and trivial conflict in the hopes that it will hide their own weaknesses"

Or you can react to these with nothing -> ignore, and play. None of these conflicts matter much.
At the end of the day, all players will play how they want to - no use complaining about other solo players, other groups, other guilds about what they are doing -> even if you get those specific players to change, you have not killed that idea, that attitude. It will continue to manifest itself.
To each their own.

The emperor, unlike the fisherman, has a more difficult task. The (true) emperor helps all players unite and collectively fight for what they individually fight for.
This means the emperor must support the playstyle of the fisherman as well as the guildmaster, the soldier as well as the ganker.
The emperor determines what the fisherman is useful for, and requests the fisherman's help when needed. As he does with all types of players.
Determine your forces strengths, and use them as needed. Determine your forces weaknesses, and defend them as needed. The true emperor has the most difficult task.
There are many fisherman, soldiers, gankers, guildmasters.... but there has yet to be an emperor. Ever.
If it pertains to you -> An emperor is needed in order to fight "them". An emperor can help push back against the exploiters in a way that no other can even if a majority of players on both side are agnostic to this conflict. Few will fight this fight - most will continue to chase AP, fights, streamers, etc... but the simple AP/fight chasers are more predictable and therefore are easier to manipulate. This makes them useful (after all, if you give the AP-hungry zergs what the AP-hungry zergs want - then you know where the zergs are).


Lastly,
You know how you want to play, and what you conflict against.
Conflict is a poison, one that stengthens the survivor but crushes the victim.
You decide if you want to slowly succumb to it or harden as it bites.
You decide where and how you apply it to others - your allies need poisons as much as potions.
Do not allow others to dictate how you play - Cyrodiil is an open land of conflict. A loading screen will kill you and your enemies alike. Gankers will be waiting for you just before you turn in that quest halfway across the map. A raid will ambush you steps away from that skyshard you've been trying to get. A spy will lead the enemy to wipe your small group seconds before you finish repairing walls, after burning your forward camp. A troll will render zone chat useless at a critical time. A zerg will out-zerg your zerg. Such is the way of Cyrodiil, and the tools of war available to all players. Toughen up.
Drink the hist sap.

Know that the others will play however they wish - they may not group with you, they may not lead groups for you, they may not seem to be helping you. They do not care about you.
Most of you have never heard of us - and this is a good thing. You are better off determining your own path than following us simply because we have no interest in helping any of you individually (only all of you collectively). Either way, we will see you on the battlefield - and we will all learn by killing each other or killing with each other... regardless of your alliance you are picking a side in this conflict (either accidentally or purposefully) each time you step foot in Cyrodiil.

And for those of you actively against us... we understand why. You've been around a long time. You've put in your effort and crafted your gold gear and you feel that you should be elite. You've stopped learning, so you turn to exploiting since you mistakenly believe everyone who beats you also is.
Every death is now met with anger at all the reasons why you should not have died. Blame is sent externally. I would recommend you look internally - continue to learn from each death as this game evolves, open your mind to the immense complexities of this game beyond the numbers and into the lore.. - but this message never quite seems to pierce through to most of you.
Fighting without cheating or exploiting is more fruitful, after all.

So, join us, or fight us. It's up to you... but we will win in the long run. The idea is already born. It will continue to manifest itself.

Time is on our side.

p.s. That said, don't take anything too seriously :P the above is just for fun.

A personal note It's probably... much simpler.
What if we stopped staring at all the crazy distractions up there they've created, and simply ignored them...
Realizing how many of us there are on Tamriel, our time is better spent realizing we're all one people...
so why not start to systematically work out the best next way to live with our collective mind/brain power


On to what is really my only point for this discussion:
Though the current elite players are extremely useful in their battle prowess in game, there doesn't exist a good structure to give feedback from the PvP community to ZOS; which I believe to be not only critical, but also the root cause of a lot of players' collective negativity. This should be the first priority of the PvP community as a whole, from Cyrodiil fishermen/questers/soldiers to leaders, for all of our own benefit.

From ZOS' perspective, I would imagine that the playing community has long been extremely difficult to work with, and that should be the first step that anybody can do fairly easily -> provide individual feedback as best you can, (ideally without your ego getting in the way, which I know is difficult for some based on some whispers Ive seen). Your playstyles are all so vastly different, and each individual player can help provide more information to ZOS, so they can better understand and interpret their data to help the community. After all, we need to allow all players - from fishermen to guildmasters, from soldiers to gankers, from leaders to trolls - to have a voice and an input into the future of Cyrodiil.
Regardless of your help, at least understand that the cost of running servers (especially Cyrodiil) + extreme negativity towards developers + minimal crown store purchases does not add up very well... I honestly would understand an individual developer's reasons for wanting to sabotage Cyrodiil from within the player base (but let's not delve too deep on this, shall we? naming and shaming isn't helpful after all, and it would only hurt those who are honestly fighting for Tamriel)

So all you super-elite mega-elder all-powerful players: Think of the volume of new players as a challenge to fight against on the battlefield, you can take on armies, legions! -> And they will likely beat you :P
But think of them as allies in fighting for what all of us want for the future of ESO. You need their volume to carry your message.

And for all those of you elder players returning to the game, welcome! Looking forward to evaluating where you stand. 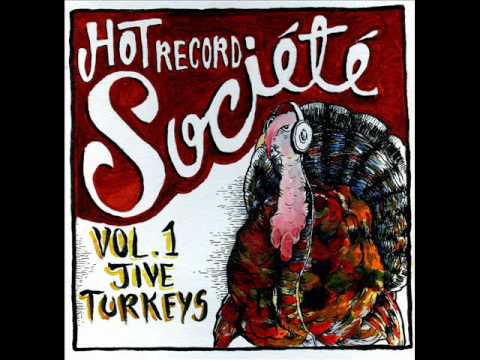