Home Forums English Bug Reports
Sign In
The Firesong DLC and Update 36 base game patch are now available to test on the PTS! You can read the latest patch notes here: https://forums.elderscrollsonline.com/en/categories/pts

chrisw_63_ESO
✭✭✭
Why is this so high? There is only a static image on the screen! What is it doing in the background? 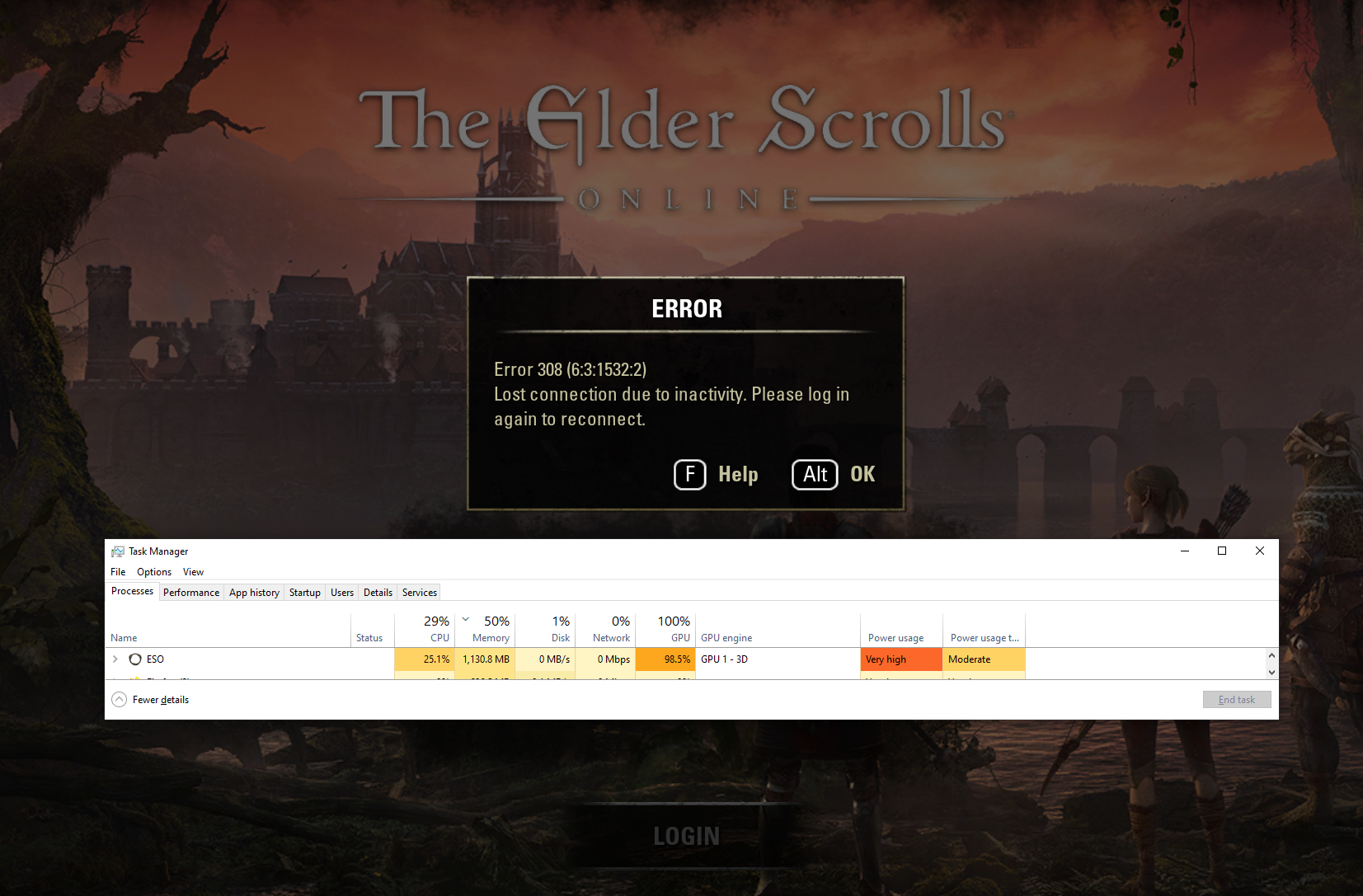