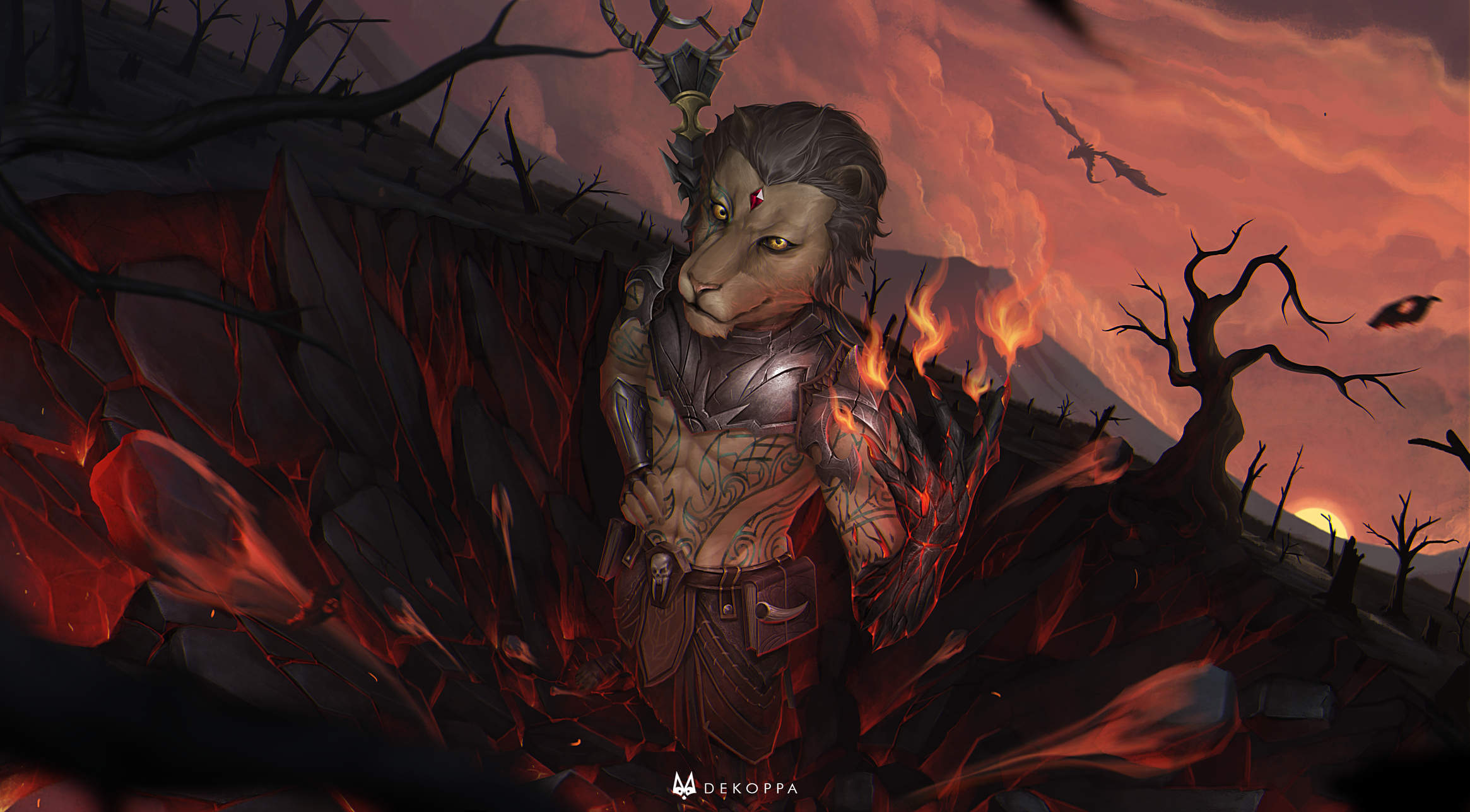 Khajiit are often ambitious and emotional without any help. But S'Rasha was born under the sign of The Apprentice. He was naturally driven, but lacked restraint. To him, there was no mountain he couldn't climb if he put his mind to it.

His former mentor in the Mage's Guild regrets the decision to teach him Dragonknight fire magic. But the khajiit was drawn to both the flame and style of the magic. Focused on spirit rather than mind, S'Rasha excelled quickly. Too quickly. He gained power without the discipline to use it wisely.

His mentor tried to impose restrictions, S'Rasha took it personally and there was a very physical falling out. S'Rasha left, but there was no going back to how things were before. He found it difficult to connect to his old life. Difficult to connect to the normal khajiit. Why did he have to listen to rules when he could burn the consequences away?

He became a highwayman. He considered his magical study more important than others' worldly possessions. After all, he was meant for greatness. The more he learned, the less he connected with his old life. Eventually S'Rasha connected with his magic more than his kin's culture.

Whatever was left of S'Rasha's old identity eventually burned away. He feels like something new. Something greater. Able to take what he wants, when he wants. Able to inspire awe and fear through destruction. Able to live with absolute freedom. S'Rasha is convinced that he was reborn in his fire magic. He is no longer a khajiit.

He is a dragon.