NoNameNamer
✭✭✭
It is so rare for my game client to close gracefully when I exit the game or get logged out due to inactivity. I don't see an error report popping up but I can tell it happens as various addons almost always fail to save their state. Event Viewer shows hundreds of these crashes in different modules in the process. Windows and Nvidia drivers are up to date. 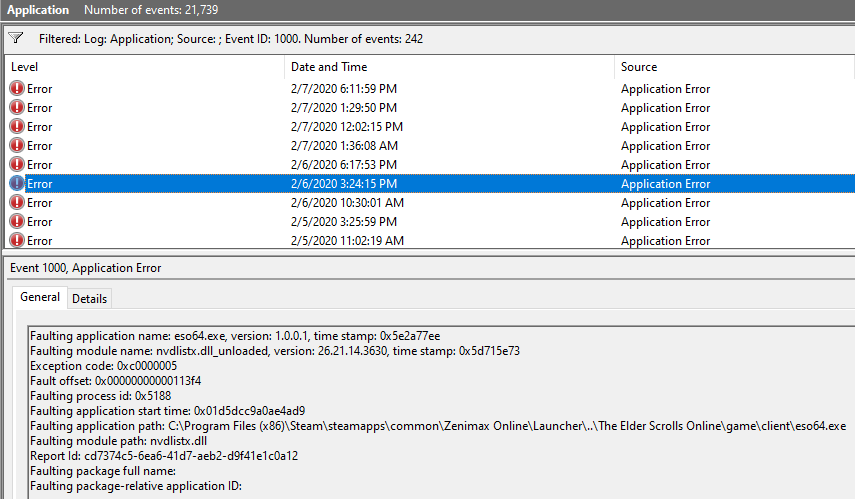 Edited by NoNameNamer on February 7, 2020 4:29PM
“We understand how dangerous a mask can be. We all become what we pretend to be.”
― Patrick Rothfuss, The Name of the Wind
#1 February 2020
1 Quote
Home Forums Bug Reports
Sign In or Register to comment.