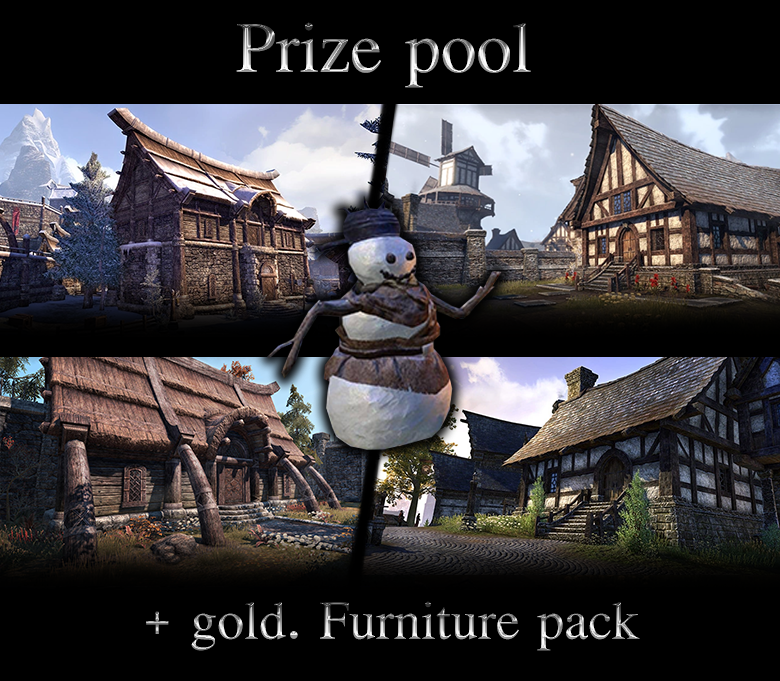 X-mas is closing in. It is time for the joy of giving :elka:
The gifts come in all sizes and shapes- so make the Best present you can think!
Maybe it is a pony, maybe a toy, or shiny jewelry - it's up to you!
Remember, no present is complete without a beautiful wrapping!

*In-game ID;*
*Name of the Guild;*
*Name of the Screenshot/ a short description about the present (from who to whom, why this one) (not obligated);*
*Screenshot.*
*Key bound to screenshot making by default is “Print Screen”. All screenshots are saved in directory “My documents/Elder Scrolls Online/liveeu/Screenshots”.*
*For UI disabling use “On/Off” key, which you can bind in the Controls Menu.*

The screenshots are posted anonymously on Discord and in Aetherius Art Facebook page for voting.
Everyone may vote as many times they want by reacting on the picture.
Competitors with the highest score are considered the winners.
The prizes are shared if competitors have an equal number of points.
By participating in the Contest, you agree that screenshots and videos of the submitted works may used and published in the Internet.

Prizes
1st 30% of all donations + Ravenhurst or Grymhart's Woe house

2nd 25% of all donations + Autumn's Gate or Captain Margaux house

5th 10% of all donations + furniture pack