Home Forums Player Guides
Sign In · Register
Maintenance for the week of October 19:
• ESO Store and Account System for maintenance – October 21, 10:00AM EDT (14:00 UTC) – 12:00PM EDT (16:00 UTC)
The Markarth DLC and Update 28 base game patch are now available to test on the PTS! Read the full patch notes here: https://forums.elderscrollsonline.com/en/categories/pts/

A Guide to Join the Ordinators Faction in ESO.

Cygemai_Hlervu
✭✭✭✭✭
Though there is no specific skill line and you won't get any specific title, the game lore and mechanics still give us everything to do it without any necessity to make some headcanon or backstories. You might ask "Why can't I just equip those Ordinator garments and feel fine?". Well, you can, of course, but.. this guide will help you to do it more properly. Read further on to understand why. Since I've found no information on the Internet regarding this topic I'd like to share with the Community the results of my own research I had performed berfore styling myself as an Ordinator here in ESO. Read those books I link here for more information.

You have to meet several lore and game-mechanics requirements in order to become a true Ordinator:

1. Read the following books and letters to better understand what an Ordinator is: Ordinator Edicts, A Guide to Liturgical Vestments, Crafting Motif 49: Militant Ordinator Style, Ordinators: A Comprehensive Guide, Hlaalu Letter of Complaint, The Nycotic Cult. I will use some of their excerpts further on here.

2. Joining the Order. First you have to complete the Seal of Three quest and get the Temple Knight achievement as a reward thus to be named a Hand of Almalexia by herself.

3. Race & Class. Any race, any class - the Goddess decides herself who's worthy to join the ranks of Her personal guard.

4. Alliance. You are supposed to be a member of the Ebonheart Pact since the Tribunal Temple was one of its founders. I think there's no problem if your Ordinator character performs PvE dungeons&trials only. But if you fight PvP along our enemies against the Pact still posing yourself as Her Hand due to some reasons, remember that those reasons are your headcanon or some Meridia's Daedric sorcery. This way you still oppose the Tribunal and thus you might be considered a missing Hand the way it happened (well, will happen in the 3rd Era) to Salas Valor. Ordinators are not known to fight each other. If they happen to fight PvP the truth will be with an EP fighter.

5. Style. You have to buy either a Hand of Almalexia Uniform costume or/and a Crafting Motif 49: Militant Ordinator Style. Wearing those garments without completing a quest and getting that achievement is a clear breach of the Seventeenth Dictum of Piety thus you become "subject to swift and merciless sanction" or "shall be killed on sight" (if your character is non-Dunmer).

6. Regarding the old armor style and the new (Vvardenfell) one - they differ only due to the game mechanics but they are considered to be the same. For example Danys wears an old style armor while Vermethys wears a new one dyed as a High Ordinator's one. Still both NPC are High Ordinators. Since the Hands of Almalexia have always been wearing the armor of the High Ordinators (though enchanted), since Danys wears a common Ordinator armor in spite of his rank, it is lore-friendly for a Hand of Almalexia to wear any armor related to the Ordinators the game provides - lore-wise they are all recognized by the Order and blessed by the Temple. Choose the one you like. Keep in mind though you won't be able to make your own Hand of Almalexia Uniform using those Dark Elf and Daedric motifs: they differ from the actual ones in some slight details like breeches design and there are no those specific swords and shields we could equip which are wielded by Her Hands NPC. Don't use any similar side equipment - use those weapons and armor parts listed in the Crafting Motif 49. According to the Guide named above, Ordinators found wearing imperfect armor shall be subject to severe sanction (mudballs and mockery, I suppose

7. Armor and weapon types. No matter actually. If you want to appear the same way as those Order of War members - take Crafting Motif 49 heavy pieces only. If you want to look like those of the Order of the Watch patrolling Vivec City - take all heavy pieces except the greaves (for male Ordinators) or choose from light and medium pieces only (for female Ordinators as they are depicted in Vivec City). Otherwise use the costume.

8. Dyes. I couldn't find dyes of the Vermethys' High Ordinator armor though I understand they have to be silverish - the Hall of Justice lighting made it impossible for me to pick up correct colors. Anyway, the books do not state any color requirements for that exact armor but still require some certain dyes to be chosen for basic Ordinator garments. It's mainly gold armor and face masks and dark blue clothes. I've found there are 4 types of specific dyes the new Vvardenfell Ordinators wear: Ransacker Blue for the llanathro'lani (those deep-blue cloth parts), Starlight Gold for the Armor of Triune Faith and the Golden Mask of Devotion (all golden parts), Red Diamond Red for the Mask's crest and Rank 7 Materials brown for several brown parts. Brown parts may actually be dyed with any other matching brown color or even be absent at all depending on the armor type. Don't try that Indoril Blue dye in spite of it's name - I had to explore Deshaan only to know that dye is not the one those Vvardenfell NPC use! Indoril Blue could be used to dye that previous old style armor but not the new one. Weapons dye - no dye at all, natural colors only.

9. Duties. Whatever you do while you meet the above stated requirements, any of your action performed is protected by divine mandate. You are considered serving as Almalexia's elite agent in the world. So long as you wear the Ordinator mask and armor, you are considered a faultless hand of the Three, and thus authorized to commit any martial action deemed necessary to protect the True Faith. Do whatever you've been doing, role-play, style yourself in PvP, take quests - now you are a part of the Order, so wear your armor with honor!

So I hope this guide helps you somehow to style yourself, to role-play, to find some new goals to achieve or to fulfill some other of your desires you dreamt of becoming an Ordinator but was unaware of how to make them true. Have a good day!

Victory for the Three. 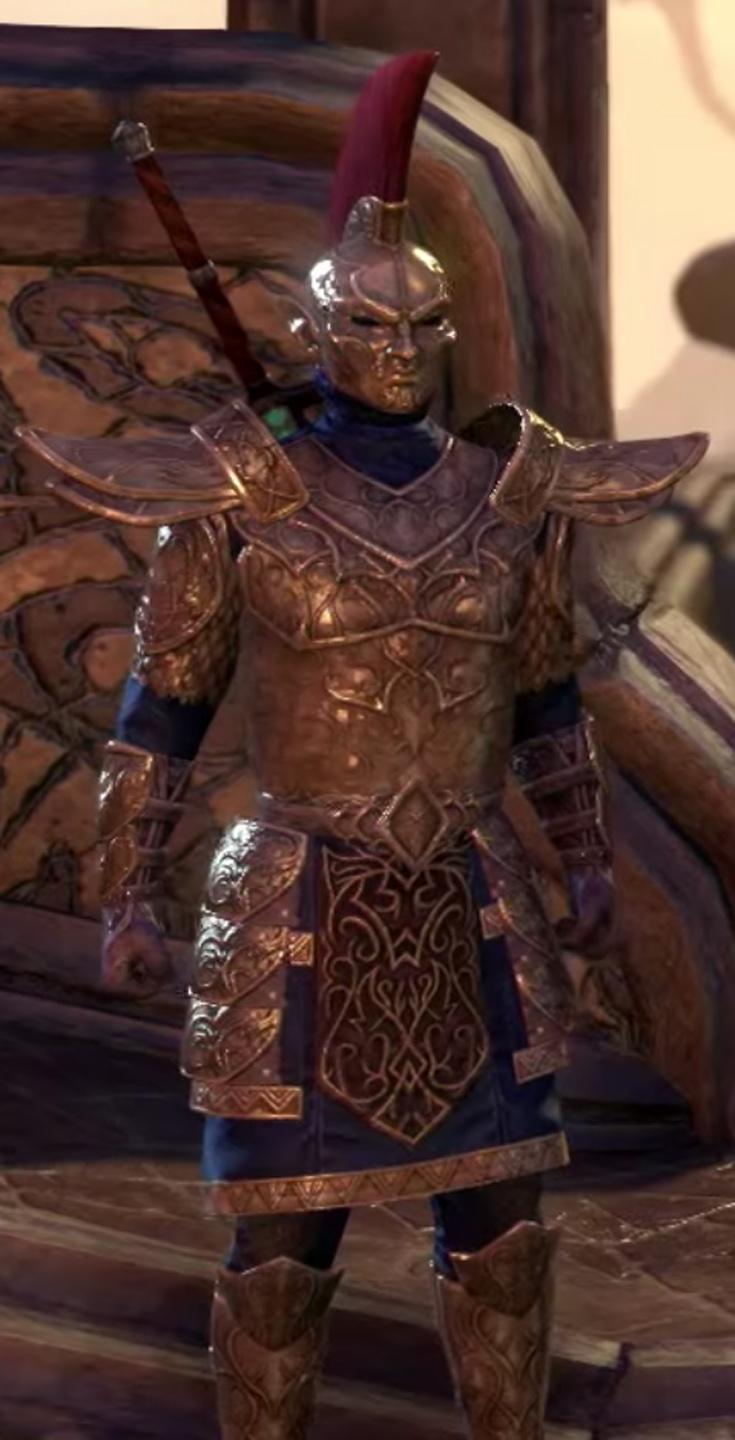 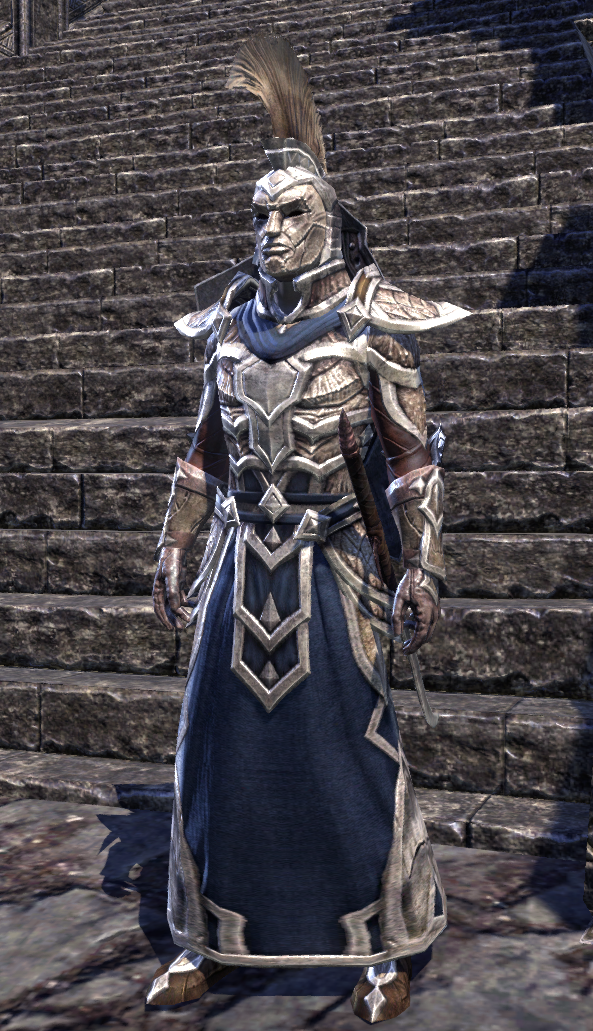 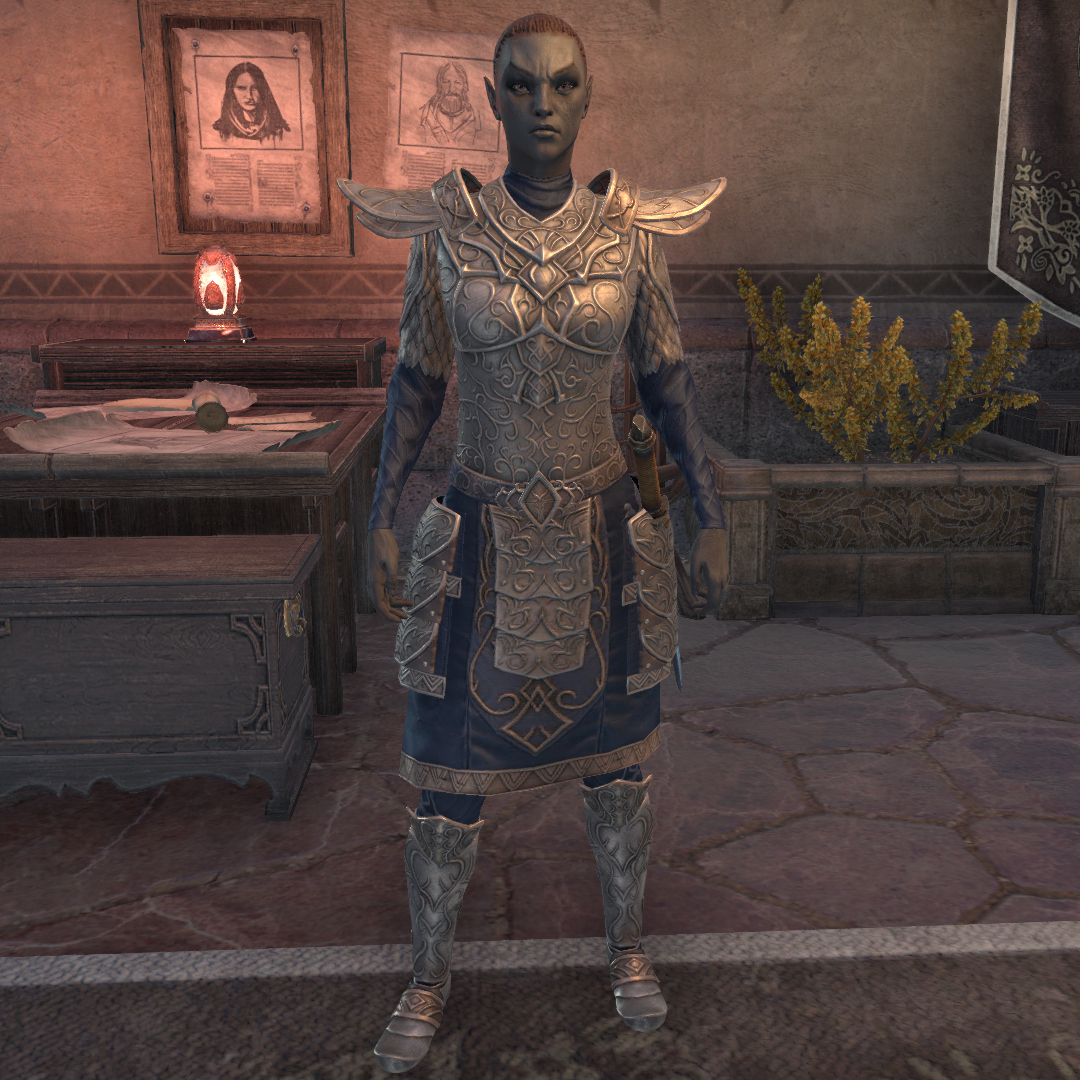