Home Forums PC/Mac – EU
Sign In · Register
The Xbox Live™ service interruption has been resolved. Thank you for your patience! 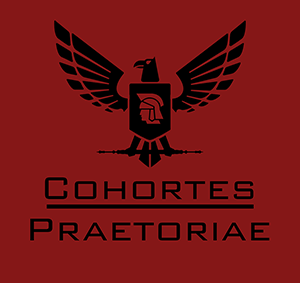 Hail fellow citizens
Cohortes Pretoriae is a brand-new PvE and Social Guild (less than 10 days of current lifespan).
Being a new guild we are looking for experienced players who wants to take an active part in the growth of our community, our command ranks are free and waiting to be filled by the most valorous ones.

Communication System:
We use TeamSpeak to communicate (Our TeamSpeak is part of the Les Gardes Suisses gaming community, a place where you can find many other people to play with in various games).

Future Objective:
Our very next objective is to interface ourselves into the PvP enviroment .

Our ranks are:
In-game contacts:
@Koimeterion
@Alasson
Contact us both via direct message or in-game mail.

The Praetorian Guard was an elite unit of the Imperial Roman army whose members served as personal bodyguards to the Roman emperors.
During the era of the Roman Republic, the Praetorians served as a small escort force for high-ranking officials such as senators or provincial governors like procurators.
The Guard became notable for its intrigue and interference in Roman politics, to the point of overthrowing emperors and proclaiming their successors.