Golechi
Soul Shriven
I've been having issues with the game ever since update 17 and Dragonbones came out. I let the launcher update the game, but when I would log in it would take as login as 20 minutes of waiting before the character select screen appeared. I would select a character and wait another 20 or so minutes to actually get in the game. Once I was in, none of the game assets would load properly. I tried uninstalling and reinstalling the whole game. Same crap was happening. I tried repairing but nothing changed. I gave up and cancelled my monthly.

I tried getting back into the game yesterday and it started trying to update, I guess from a recent patch(?). It got stuck. I came back this morning and nothing had changed. I've checked and download speed is set to unlimited. Each time the launcher is open and trying to update, I cannot use any other programs on my computer. Everything but the mouse freezes. I have to literally flip the switch on my tower to get my computer unfrozen. Today I have uninstalled the game twice and tried reinstalling it, but it is still getting stuck. 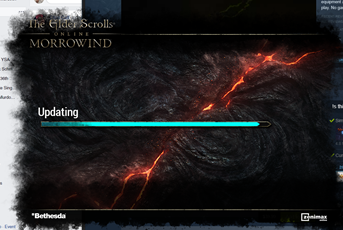 I really have no idea what to do. If a clean reinstall does not fix the issue, and I have high-speed internet, what is it?