Me and my main 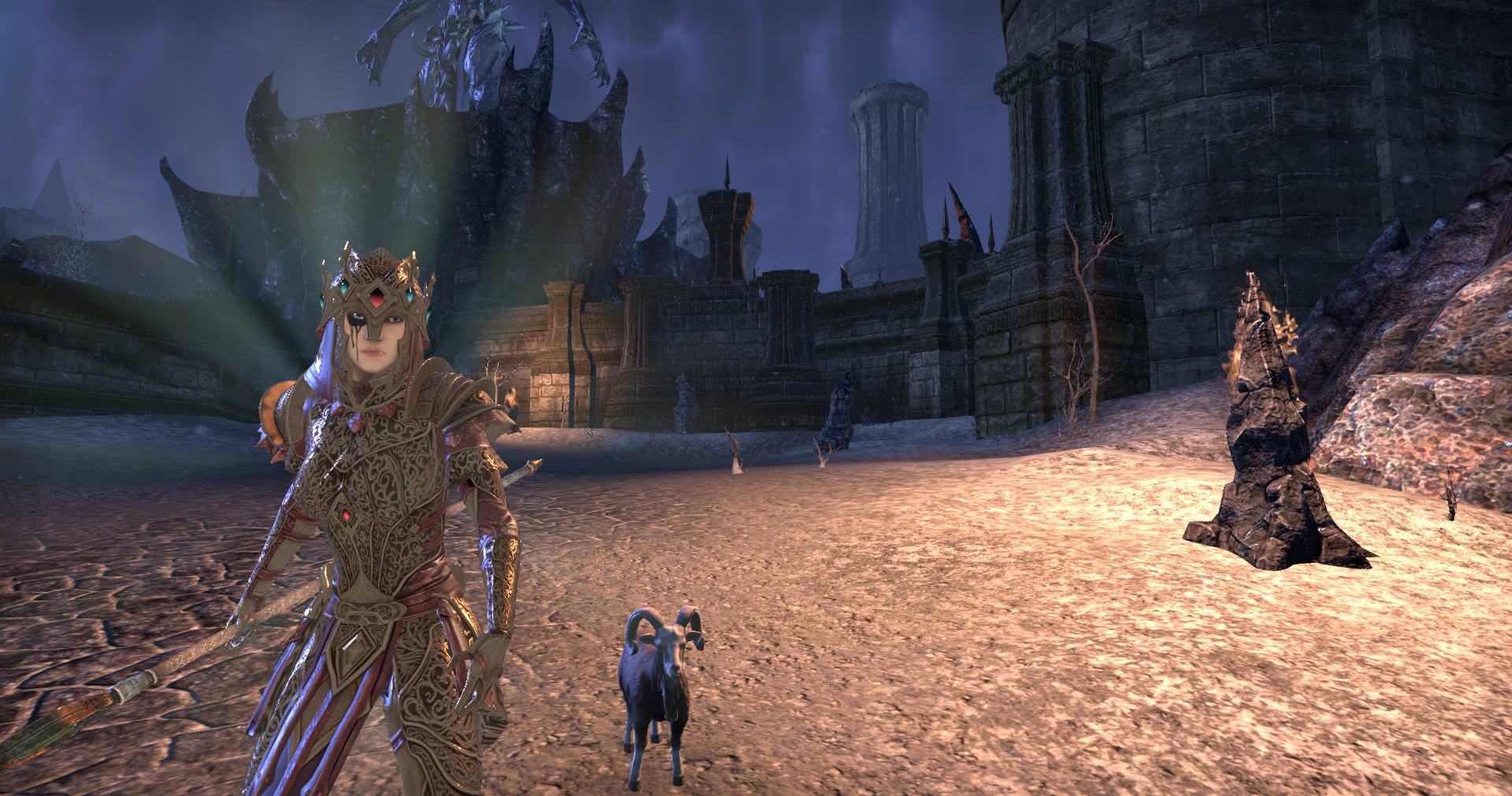 This was the first time I set out to finish the main quest story-line which now isn't something I love doing as much (having a bunch of alts will do that to ya) but I remember at that time I thought it was an epic encounter. Also, this is probably the closest to getting the emp costume. 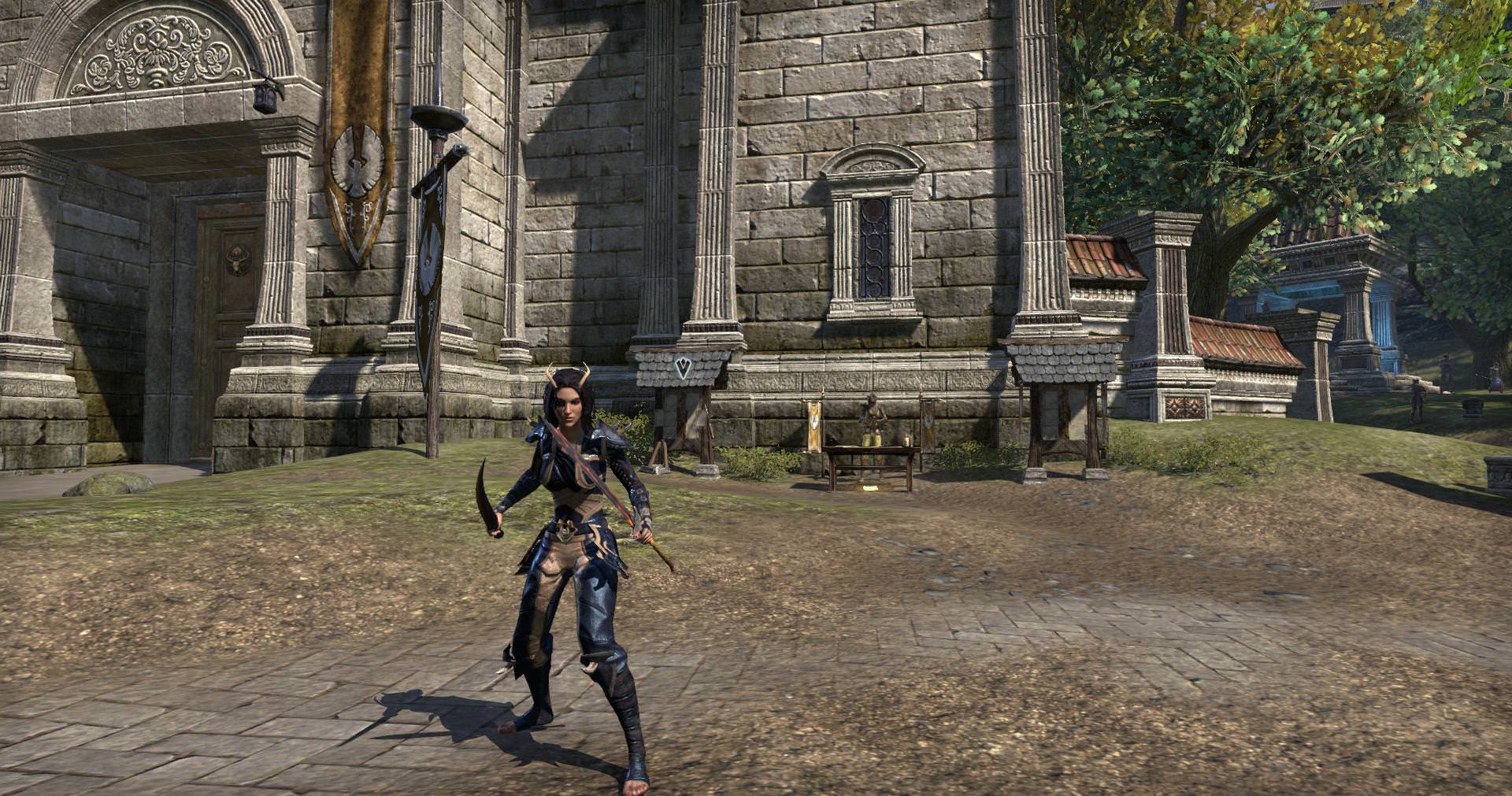 This was the around the time I hit v2. I remember running around trying to find someone to make me armor and I eventually did. My little magbalde (who is a wood-elf in these images) I had really enjoyed pvp in Blackwater Blade so I went on to Azura's Star. I believe that was the main campaign at the time. I got ran over a lot and a lot and a lot but every once in blue moon I'd get a kill. I remember fighting this Khajiit nightblade outside of fare. He ganked me and I fought him for 3 mins until I killed him, We both whispered each other saying "holy crap that was crazy" 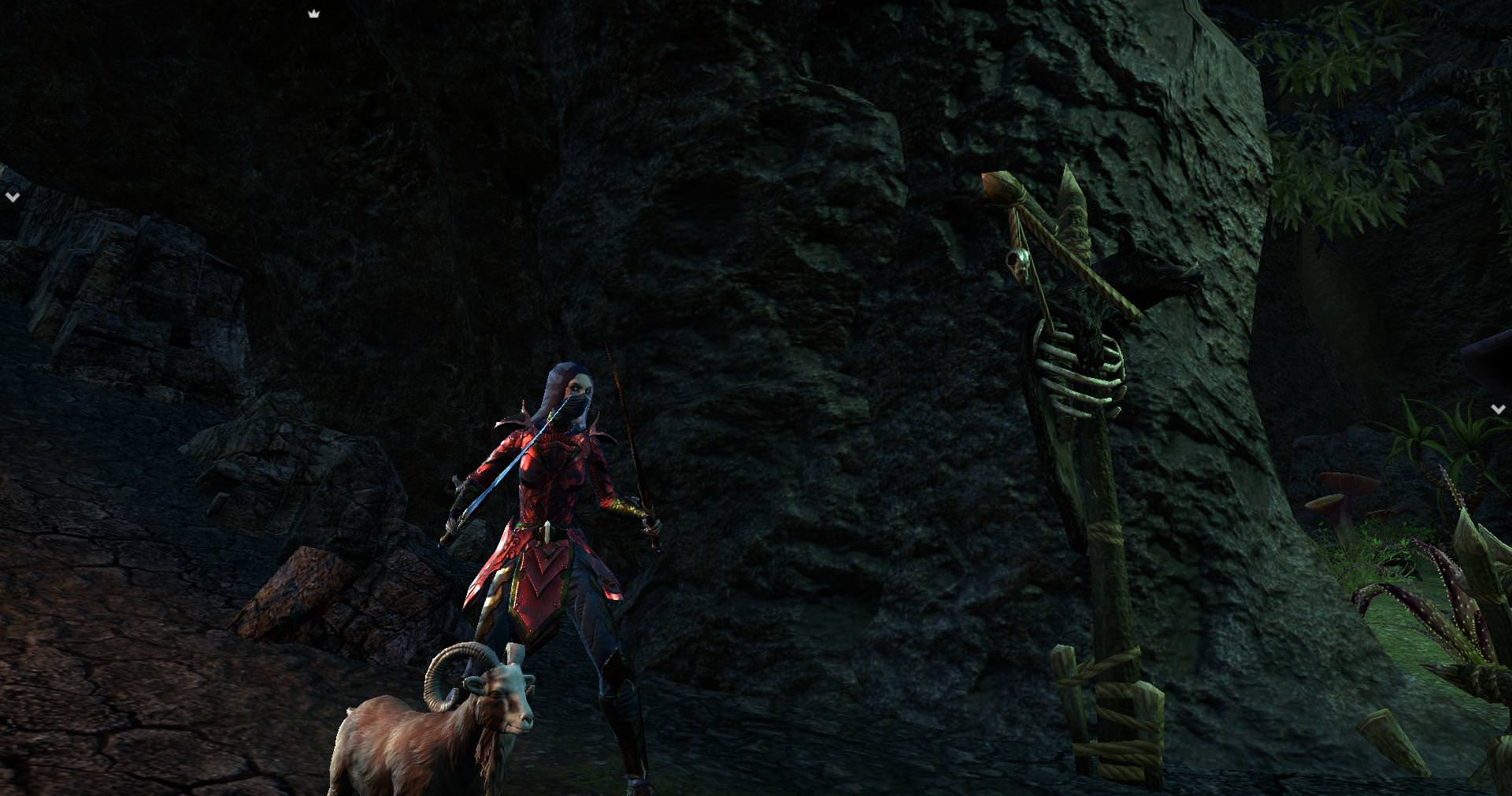 This was around v8. A couple friends and I decided to start trying to do dungeons. It was originally supposed to be something we would do to take a break from pvp but eventually, we started doing them more seriously. I really wanted to get a blood spawn helmet after seeing a stamblade run it. I thought it looked so cool so I needed to have it. (now I have like 5 sets of blood spawn). I was using proxy det and sap at this time for mobs and I once hit 100k burst dps which I didn't really understand at the time but I thought to myself "holy hell that's a lot of damage" 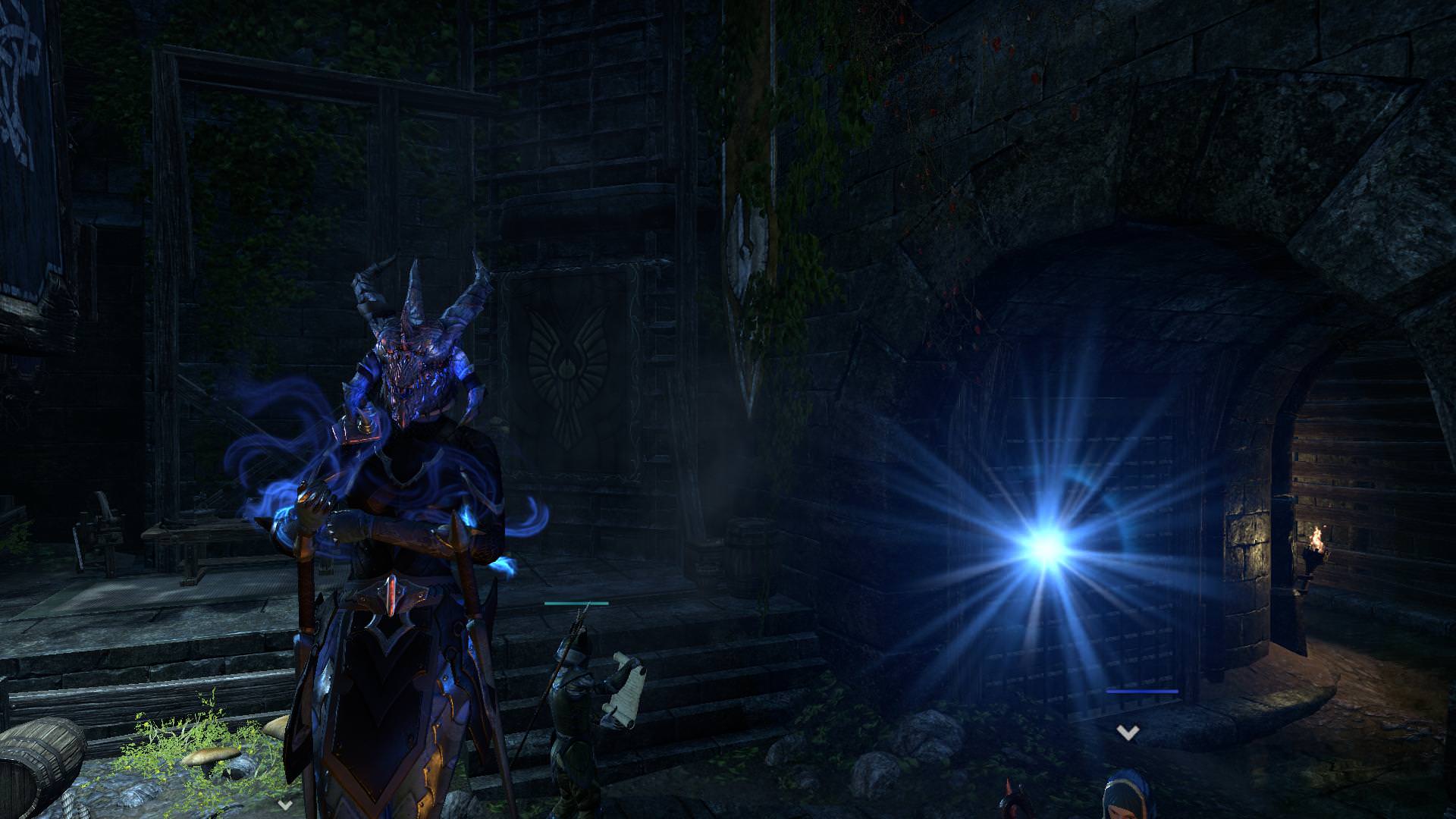 Now we have the first monster helm I ever got. Bogdan. That boss took us 3 days of practice to finally down him. Also, who else remembers the old mage light? 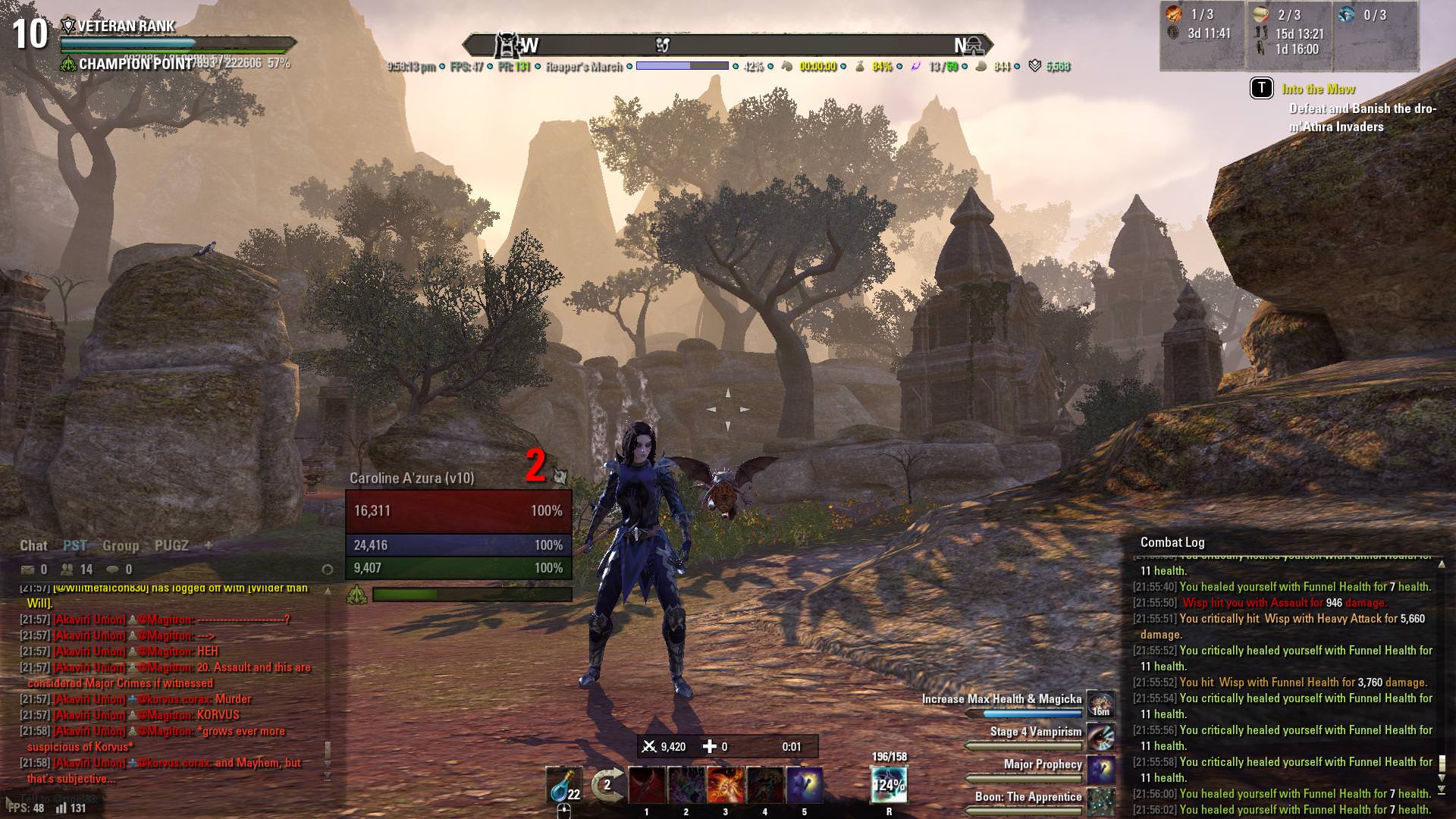 This was around the time thieves guild dropped. I wasn't playing this toon much cause I really enjoyed lowbie pvp. I don't have many pictures after this but I eventually hit v16 and then Dark Brotherhood came in and I was still playing mostly other toons until I decided that I wasn't to do better on this toon. So, instead of leveling a new toon to min max I decided let's pay money to change our race. 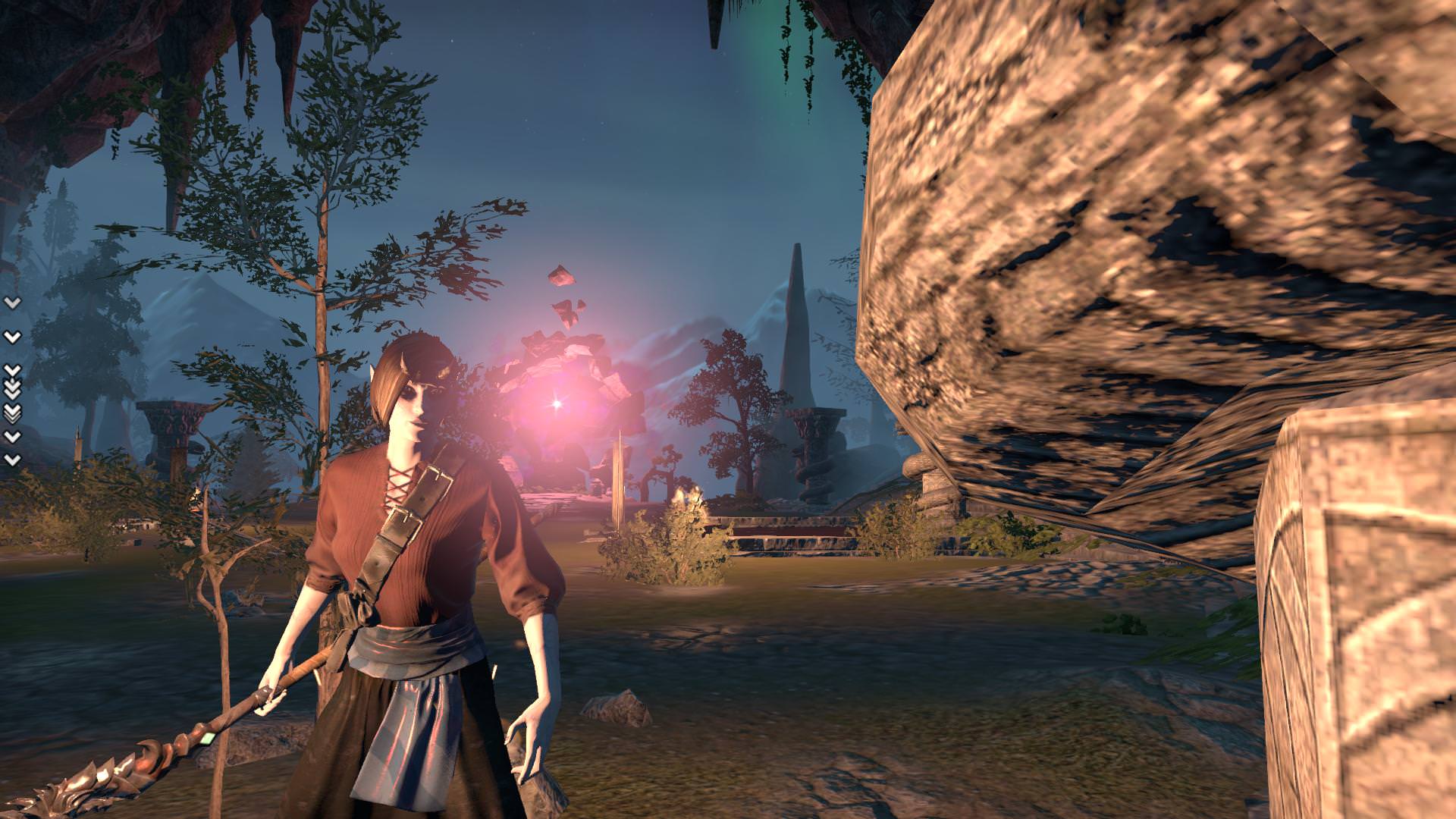 This was the first time I ever finished a vet trial. 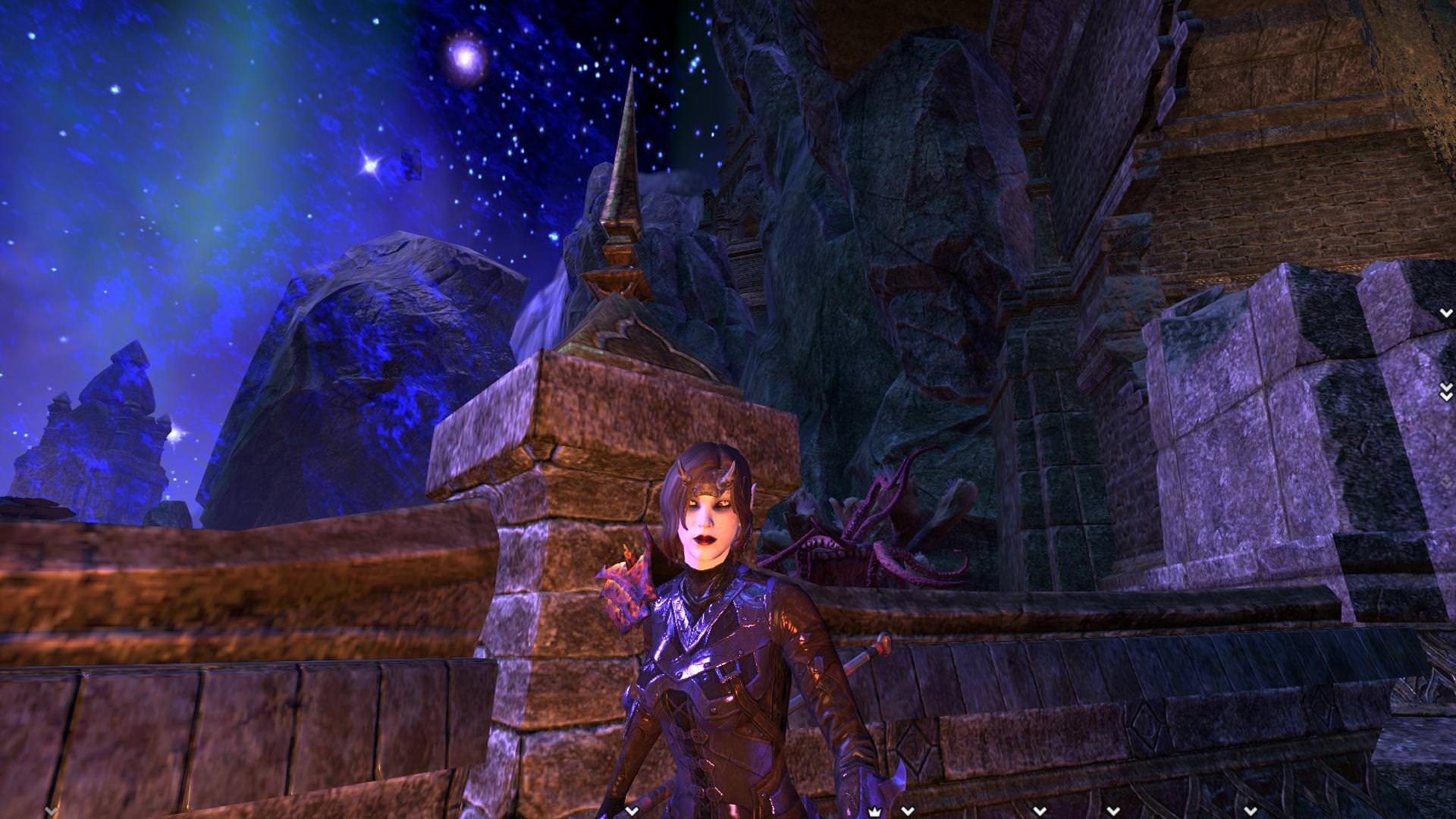 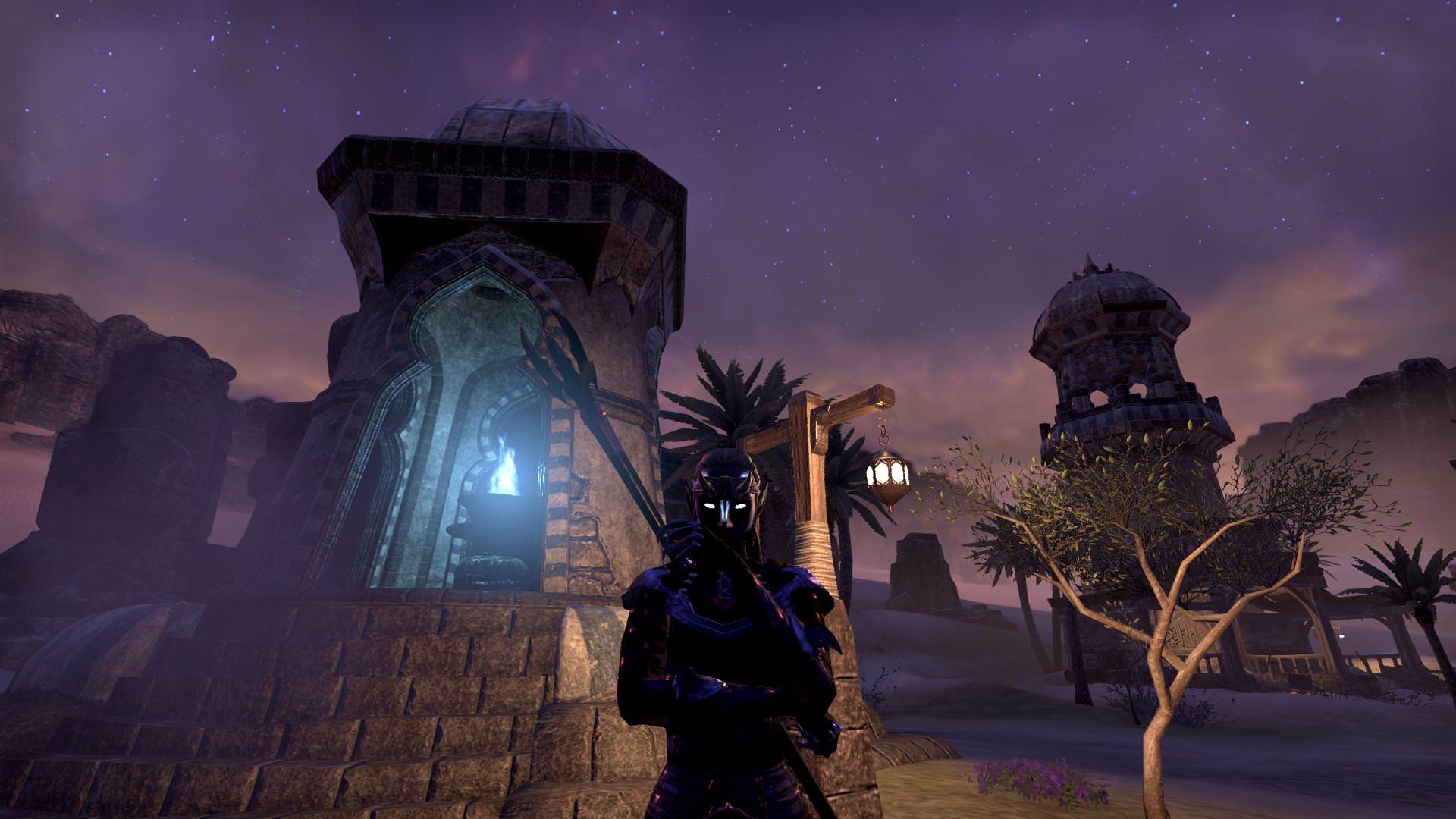 This is her today. Going for a weekly leaderboard for vMA.